Bottas: Letting Hamilton through felt like 'biting my teeth together'

Valtteri Bottas has said his entire mindset towards racing changed when he was told to let Lewis Hamilton through in Russia in 2018. 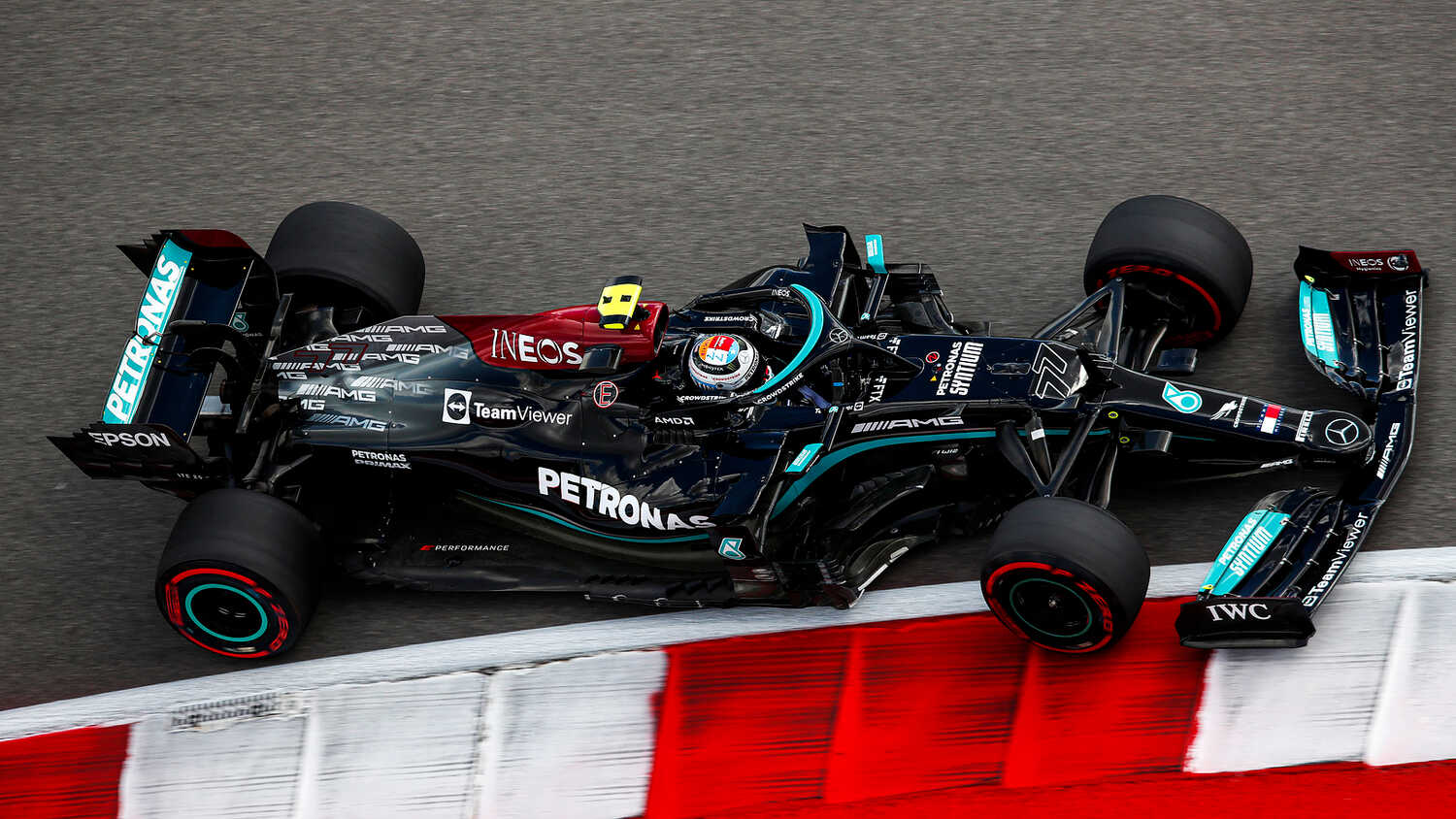 Valtteri Bottas has revealed that he found it very difficult to adjust to realising he was playing a supporting role at Mercedes, after being told to get out of Lewis Hamilton's way at the 2018 Russian Grand Prix.

Bottas, who had been leading the race at the Sochi Autodrom, was instructed to cede position to Hamilton as the British driver fought for the World Championship with Ferrari's Sebastian Vettel.

Bottas has never quite been able to challenge Hamilton over the course of a season and, after five years with Mercedes, is moving on to pastures new with Alfa Romeo in 2022.

Reflecting on his time with Mercedes, Bottas explained that the toughest moment was when he was told to give up the lead in Russia.

"Yeah, it was tough," Bottas told the Beyond the Grid podcast.

"You know, obviously, I made a decision, I did it. Although, it was like biting my own teeth together and really didn't feel natural and not right, because I'm a racer. But I did it for the team.

"But I also think, at that moment, I lost certain sense of... Everything just became a bit more tricky after that for the rest of the season.

"Because I realised that, 'OK, my role is now basically just helping', and I couldn't really digest that. And then I think I wasn't in the right mindset for the rest of the year."

But Bottas is in no way bitter about how his years with Mercedes have played out.

While the Finn has played second fiddle to Hamilton in every season of the pair being teammates, he explained that he never felt that he wasn't being given a fair crack of the whip.

"The thing is, there were some seasons that I started pretty strong, then there was unlucky moments, or maybe I had a bad race or two," he admitted.

"Lewis always kept performing in a really consistent way, all the time. And then, once there was a bit of a gap in the points, then obviously the focus starts to shift to the car that is most likely going to win the championship."

Asked about where he felt the difference between himself and Hamilton lay, he pointed towards the seven-time World Champion's sheer consistency.

"I would say the biggest difference between me and Lewis in recent years was that he's always been able to perform at a high level, he rarely had bad weekends," said Bottas.

"He obviously had some, but less than me, and it is impressive how he can always be there, no matter what conditions, which track, what life situation, whatever. Once he gets in the car, he always delivers."