Bottas: I am fully focused on finishing the job with Mercedes

Valtteri Bottas says his focus remains on "finishing the job" at Mercedes as they bid to defend their Formula 1 world titles, ahead of his move to Alfa Romeo. 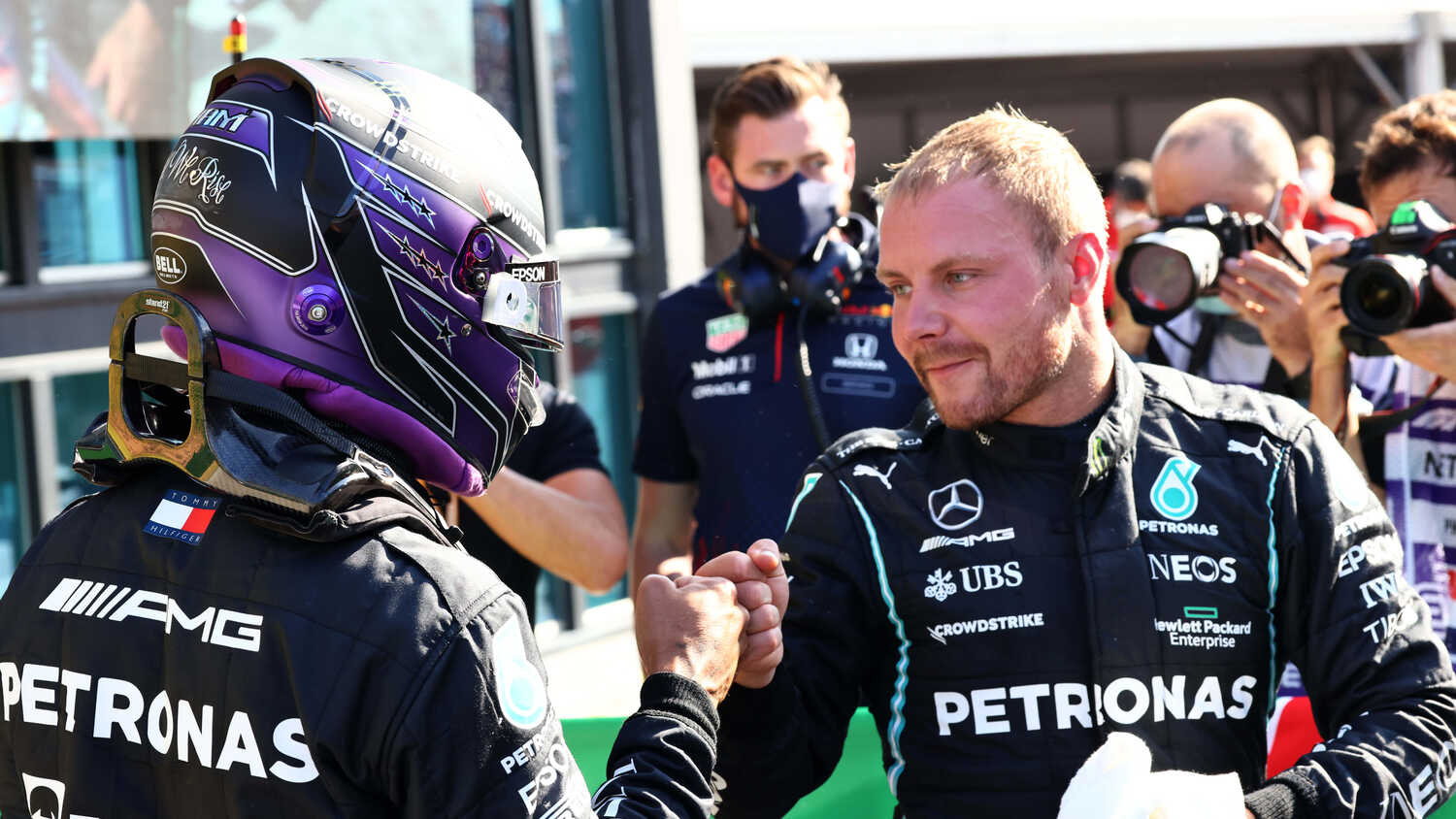 Valtteri Bottas insists he remains "fully focused on finished the job" at Mercedes even though he is leaving the team at the end of the year to join Alfa Romeo.

Bottas has played the team game for Mercedes on numerous occasions this year, most recently at the Dutch Grand Prix, when he was left out during the first stint to try and fend off Max Verstappen.

Mercedes have won the last seven F1 Drivers' and Constructors' Championships but are in an intense battle with Red Bull to defend their titles.

"I am proud of what I have achieved in Brackley and I am fully focused on finishing the job as we fight for another World Championship," said Bottas.

"But I am also looking forward to the new challenges that await me next year."

Alfa Romeo will be the third team Bottas has raced for since his F1 debut in 2013, after Williams and Mercedes. Bottas is yet to win a race this season and has been in the shadow of Lewis Hamilton during his time at the Silver Arrows.

The 32-year-old is keen to lead Alfa Romeo next year, when a new set of technical regulations are introduced to the sport.

"The potential of the setup in Hinwil is clear and I am relishing the opportunity to help lead the team forward up the grid, especially with the new regulations in 2022 giving the team a chance to make a leap in performance," continued Bottas.

"I'm grateful for the trust the team has put in me and I cannot wait to repay their faith: I'm as hungry as ever to race for results and, when the time comes, for wins."