Bottas gets grid penalty for ignoring yellow flags in qualifying

Valtteri Bottas has been given a grid penalty in Qatar, after failing to slow for yellow flags in qualifying. 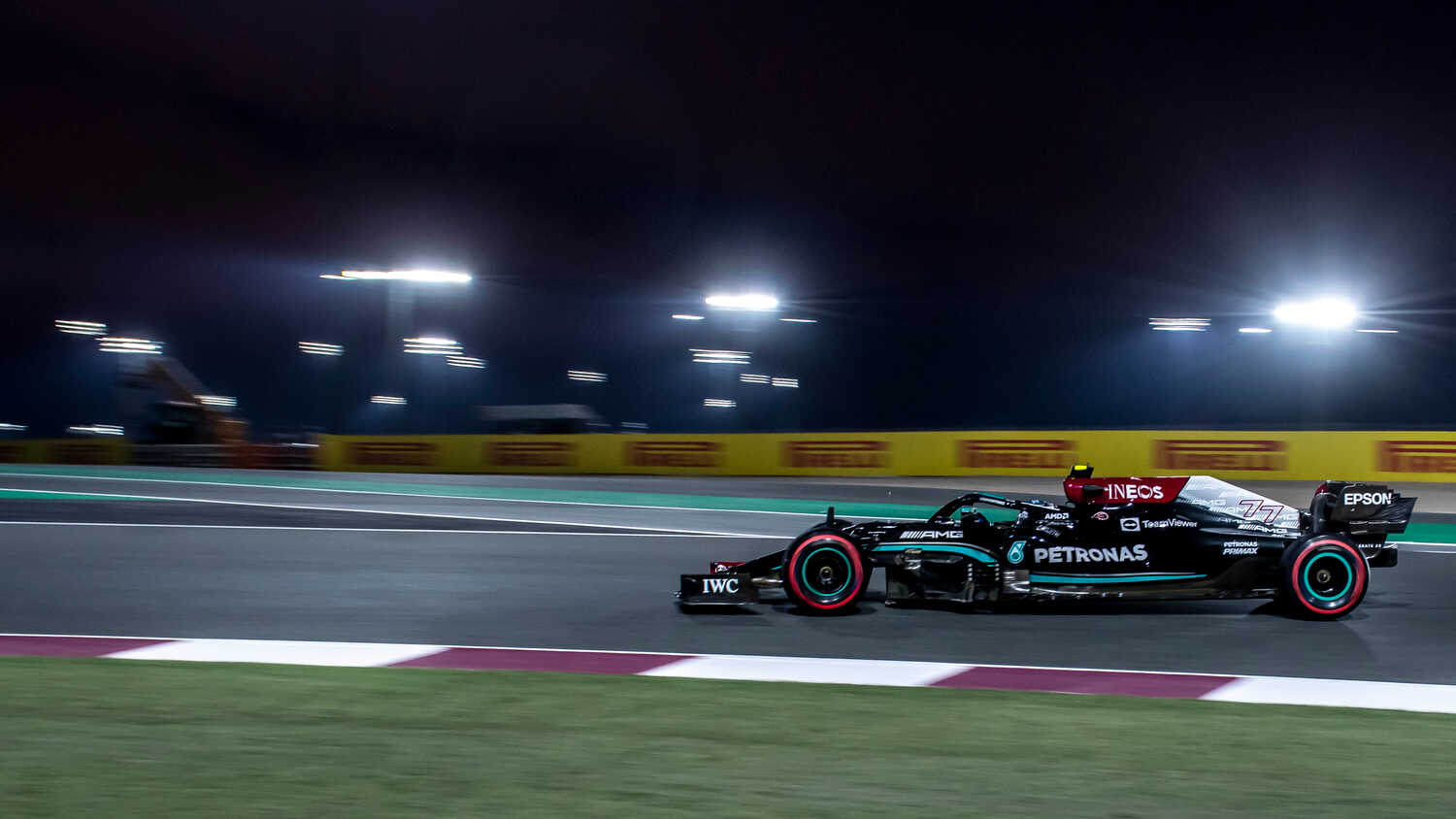 Mercedes' Valtteri Bottas has been given a three-place grid penalty for the Qatar Grand Prix.

The Finn was given the penalty for failing to slow for a single waved yellow flag at the end of Q3 on Saturday, with that yellow flag being shown to cover the ailing AlphaTauri of Pierre Gasly after a tyre failure.

"The stewards heard from the driver of Car 77 [Valtteri Bottas], the team representative, and have reviewed the video, telemetry and the marshaling system evidence," read a statement from the stewards.

"The driver admitted he did not notice the yellow flag displayed at Flag Point 16.6 and conceded that he did not reduce speed as required in the yellow flag area, despite noting that Car 10 [Pierre Gasly] was stationary on the pit straight."

Bottas was due to start from third on the grid, with his final starting position yet to be confirmed due to potential penalties for Max Verstappen and Carlos Sainz.

Bottas has also been given a penalty point for the infraction, taking him to five penalty points for the current 12-month window.