Bottas: Istanbul now one of the grippiest tracks on the calendar

The Mercedes driver has explained how much of a difference there is in grip levels at the Istanbul Park track compared to last year. 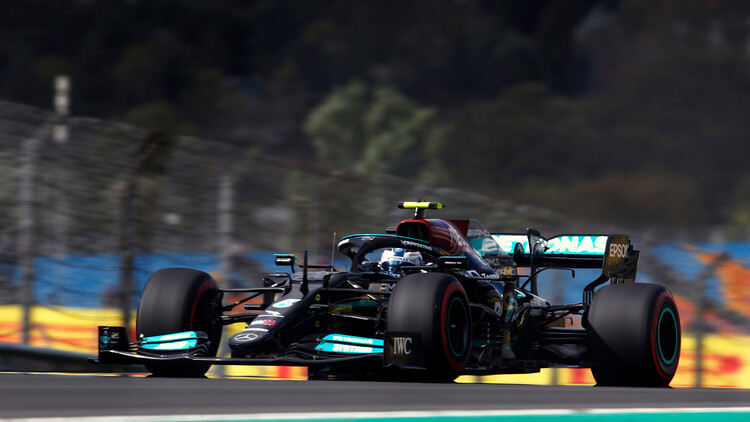 Valtteri Bottas has explained the impact on the increased level of grip at the Istanbul Park Circuit compared to the Turkish Grand Prix's return to the Formula 1 calendar in 2020.

Last year saw most drivers struggle due to the newly relayed tarmac which had very little grip, but Friday's running marked a vast difference with track conditions appearing to be more 'normal' as Lewis Hamilton topped both practice sessions.

Bottas also had a solid day, finishing fourth and third in the two sessions respectively, which underlined Mercedes' strong pace.

"There's proper grip and actually I think it's [now] one of the most grippy tracks we have on the calendar," explained Bottas. "It obviously makes the track more fun.

"It's a pretty different approach with the car setup compared to last year because of that, and we had to readjust quite a bit during the day.

"The main thing today was trying to adapt and trying to hit the balance. I think the starting point was a bit far off, but I'm sure it was the same for everyone.

"In practice two, it was actually feeling already pretty good, I had no big issues with the car and I feel like it could be a strong weekend for us.

"The mechanical balance has had to be adjusted quite a bit. Last year the balance was to be a bit more 'understeery' because it was so low grip.

"Now we can be a bit more aggressive mechanically with the car, and even downforce levels we had to adjust a bit because of the increased grip."

Bottas is likely to be Mercedes' lead driver on Sunday because of Hamilton's 10-grid place penalty for a new Internal Combustion Engine.

The Finn, who will leave Mercedes at the end of the year, is yet to win a race in 2021 and expects a close fight with Red Bull, despite Max Verstappen's and Sergio Perez's lack of pace in Friday practice.

"It was a pretty straightforward day, we had a good amount of running," said Bottas.

"It seems like a good track for Ferrari. But I still think Red Bull have more to come. We should as well, so I think it's going to be close."