Bottas happy to land podium: I had some good luck for once!

Mercedes' Valtteri Bottas was pleased to benefit from a brief Virtual Safety Car that helped him secure a podium place in Brazil. 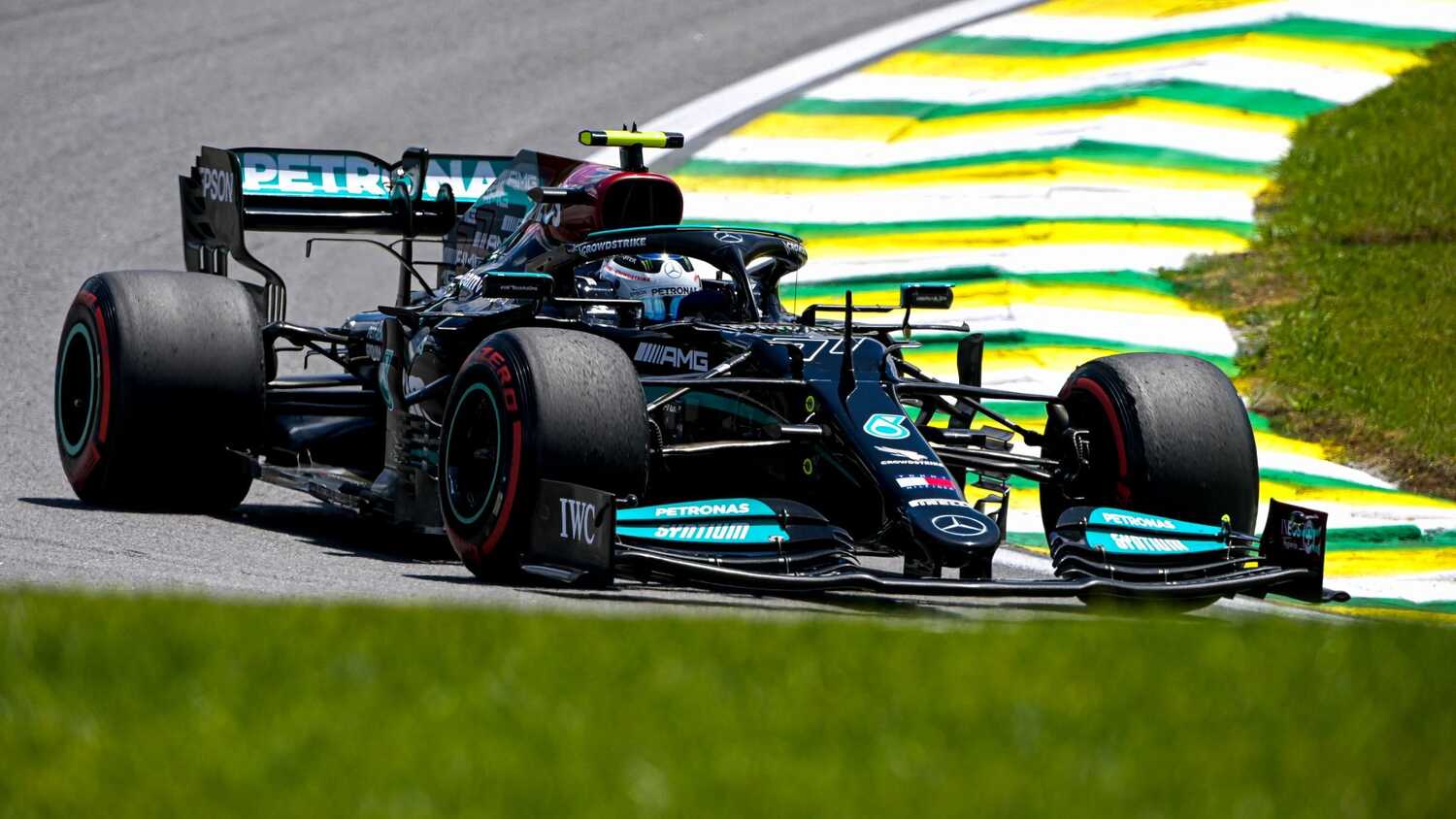 Mercedes' Valtteri Bottas was pleased a bit of luck went his way in Sunday's Brazilian Grand Prix, after a Virtual Safety Car period helped him to a podium place.

Having started the race from pole position, Bottas lost out against Max Verstappen through the first two corners as the Red Bull driver bullied his was past.

Wrong-footed by the pass, Bottas also fell behind Sergio Perez on the run to Turn 4 and, shortly after, ceded position to allow teammate Lewis Hamilton through to pursue the leaders. He then got cooped up behind Perez after the Mexican was passed by Hamilton but stayed out on track as the leading trio pitted.

Now leading, Bottas going long paid off as the Virtual Safety Car was deployed on Lap 30 of 71 to cover the retrieval of debris from the track. This allowed Bottas a 'cheap' pit-stop, as the other cars also had to reduce their pace, and Bottas emerged from the pits a comfortable third and ahead of Perez.

"For once, yeah, that was good!" Bottas told accredited media, including RacingNews365.com, after the race.

Having been heard on the radio complaining about his second pit-stop on Lap 41, where he felt Mercedes had "thrown away an easy 1-2", Bottas reckoned that a one-stop strategy was on the cards.

"I have to say, [it] even surprised me a little bit, like how good the pace we had was towards the end of the stints," he said.

With Bottas having controlled the Sprint Qualifying race on Saturday ahead of Verstappen, he was asked to explain why his pace simply wasn't as competitive during Sunday's Grand Prix.

"I think Max had a really good start, I think mine was, let's say, average," Bottas admitted.

"I was hoping that would be enough to maintain the lead, but he was ahead of me going into Turn 1. My issue was a bit of clutch-slip, a bit too much, like the grip was good, but just didn't drive out really good, so we'll have a look.

"Then, into Turn 1, I tried to brake as late as I could. We were side-by-side, and I was off the track at some point but, like I said, he was ahead, so not so much to do.

"Then, getting a bad exit from Turn 3, defending [against] Checo [Perez] into Turn 4, he was on the outside, I was inside and went a bit wide, and he got me so, for me, Lap 1 was a bit of a nightmare.

"[On Sunday morning] one person after another kept telling me what to do in the first lap and how important it is, and it was terrible.

"But I didn't give up, kept pushing, and still managed to get to the podium. It means we get more points than Red Bull and that's something."