During FP2 Bottas was leaving his pit box on the hard tyre when he lost control of the rear of his W12, spinning in front of the McLaren garage. 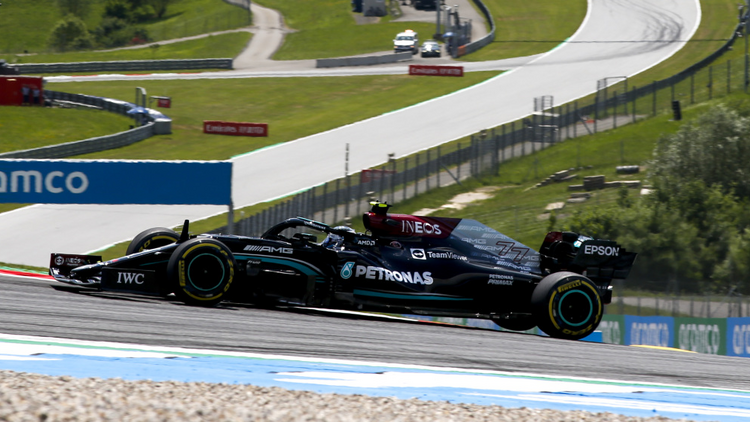 Valtteri Bottas has been handed a three-place grid penalty after spinning in the pit lane during FP2 for the Styrian Grand Prix.

It all happened when the Finn was exiting his pit box on the hard tyre. However while trying to light up his rear tyres and lay down some rubber, the Finn spun in front of the McLaren garage after losing control of the rear of his car.

The stewards have deemed it a breach of Article 27.4 of the FIA F1 Sporting Regulations, and as a result Bottas has been handed a three-place gird penalty to go along with two penalty points.

"During the hearing BOT [Bottas] stated that in the past they have been losing time in the pit departure," read a statement from the stewards. "So they tried something new, which was to leave in second gear. As a result, the wheel spin was much higher and the result unexpected. Therefore he didn’t manage to control the car properly into the fast lane. This has to be considered as potentially dangerous driving, especially as personnel were around in the pit lane."

The decision will likely come as a surprise to Bottas, who stated after the session that the incident was simply a normal mistake.