Bottas: Hamilton wants me to stay as his teammate

Mercedes' Valtteri Bottas has said that he still doesn't have any news on his future, but has revealed that Lewis Hamilton has told him directly he'd like him to stay. 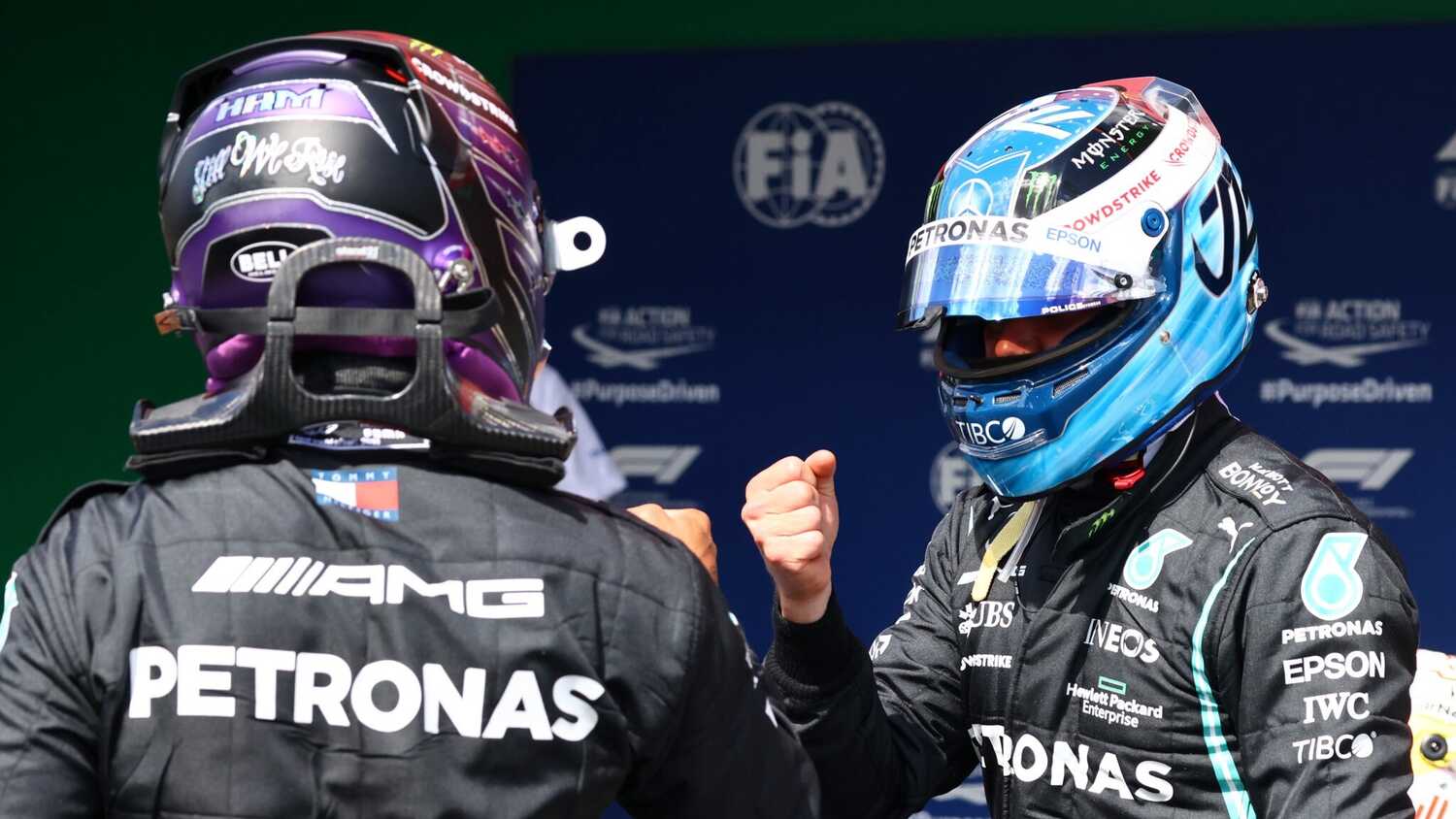 With his Mercedes future still up in the air as Formula 1 heads to Spa-Francorchamps to begin the second half of the season, Valtteri Bottas has said talks are ongoing to see whether it's the Finn, or Mercedes junior George Russell, that will be in the second seat next year.

"Unfortunately, there is nothing to say," Bottas told Finland's MTV Sport.

"It remains to be seen what happens. I don't think there will be any news in the near future, but yes, those things will be clear in time. Everything is going in the right direction."

Mercedes previously indicated a desire to make their decision by the Belgian Grand Prix, but this now appears to be unlikely with the team seemingly set for a September deadline to confirm their second driver.

Bottas has been linked with a return to Williams in Russell's place, if Mercedes do make a switch, as well as possibly replacing compatriot Kimi Raikkonen at Alfa Romeo.

Bottas won't reveal who he's speaking with, but has said that Lewis Hamilton has told him he'd like him to stay on as a teammate for 2022.

"I can't say who we're going to talk to and what's going on, but things are being discussed so that we can find the best option for next season," Bottas said.

"Lewis has told me quite directly that he would like me to be his teammate. Together we can do very well. The fact is, drivers can't make a terrible impact on it. Yes, there's a bigger machine behind it that ultimately makes those decisions."

Speaking in an exclusive interview with RacingNews365.com, former F1 driver John Watson believes that Mercedes will stick with the known quantity in Bottas, in order to keep Hamilton happy.

“My thoughts are that Lewis would like to keep Bottas, because he is what I would call a compliant teammate,” Watson told RacingNews365.com in an exclusive interview.

“What he doesn't want is [to be paired with] someone like George, who did a stunning job last year in Bahrain.

“There is a very good reason behind why Lewis was prepared to have Bottas. If you bring in a young lion like George, who I think is outstanding… I've seen over the years where you bring in two drivers who then end up fighting each other in the championship, you open the door to another team.

“I think that, at the end of the day, Mercedes will keep Bottas, simply because it's a known commodity.”