Binotto puts his money on Hamilton title win, but 'hopes for Verstappen'

Ferrari team boss Mattia Binotto believes that Lewis Hamilton will win the title, but is hopeful that Max Verstappen can oust him from the top of the sport. 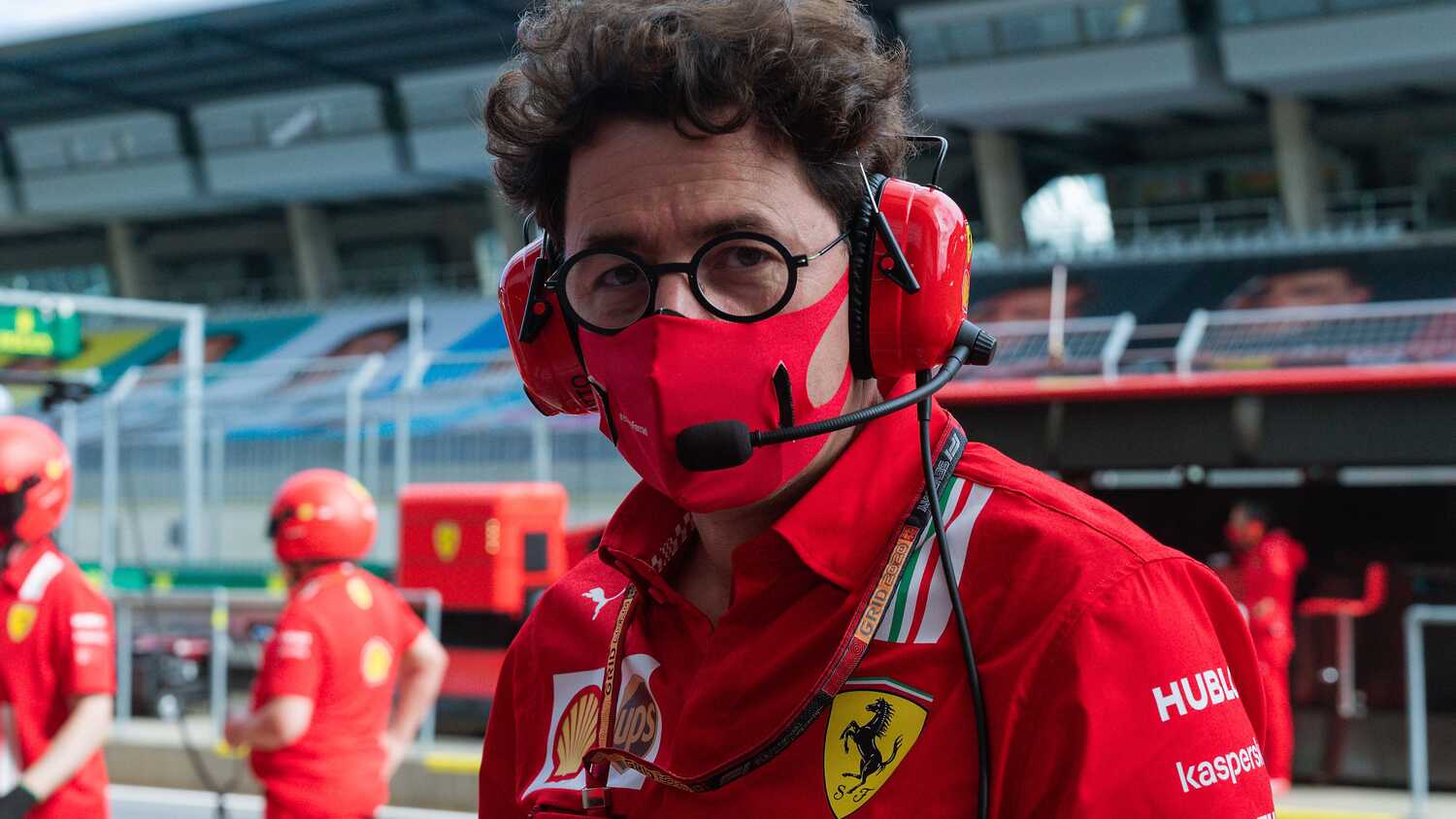 With Ferrari not quite able to join in the 2021 title fight, team boss Mattia Binotto has revealed who he'd like to see claim motorsport's top prize this season.

As the Driver's Championship comes down to a head-to-head battle between Red Bull's Max Verstappen and Mercedes' Lewis Hamilton, Binotto said he suspects Hamilton will clinch it but his heart is hopeful of a Verstappen victory.

"It would be good for Formula 1 if someone comes to oust the previous World Champion from his throne," Binotto told media, including RacingNews365.com.

"In this case, that means Max Verstappen would become the new World Champion and beat Lewis Hamilton this season. I hope that makes him happy, but I put my money on Lewis anyway."

Binotto explained that he will be 'cheering on' Verstappen in the second half of the season.

"Lewis drives for Mercedes and, together, they have everything in order," he added. "That's why I think Hamilton has the best chance to win the title again but, if you ask me who I'm cheering for in this fight, that is Verstappen.

"Of course I also enjoy the battle that is going on between the two drivers and teams, Mercedes and Red Bull. It is a very exciting battle, which hopefully will last until the end of the season. That is good for the entire Formula 1."