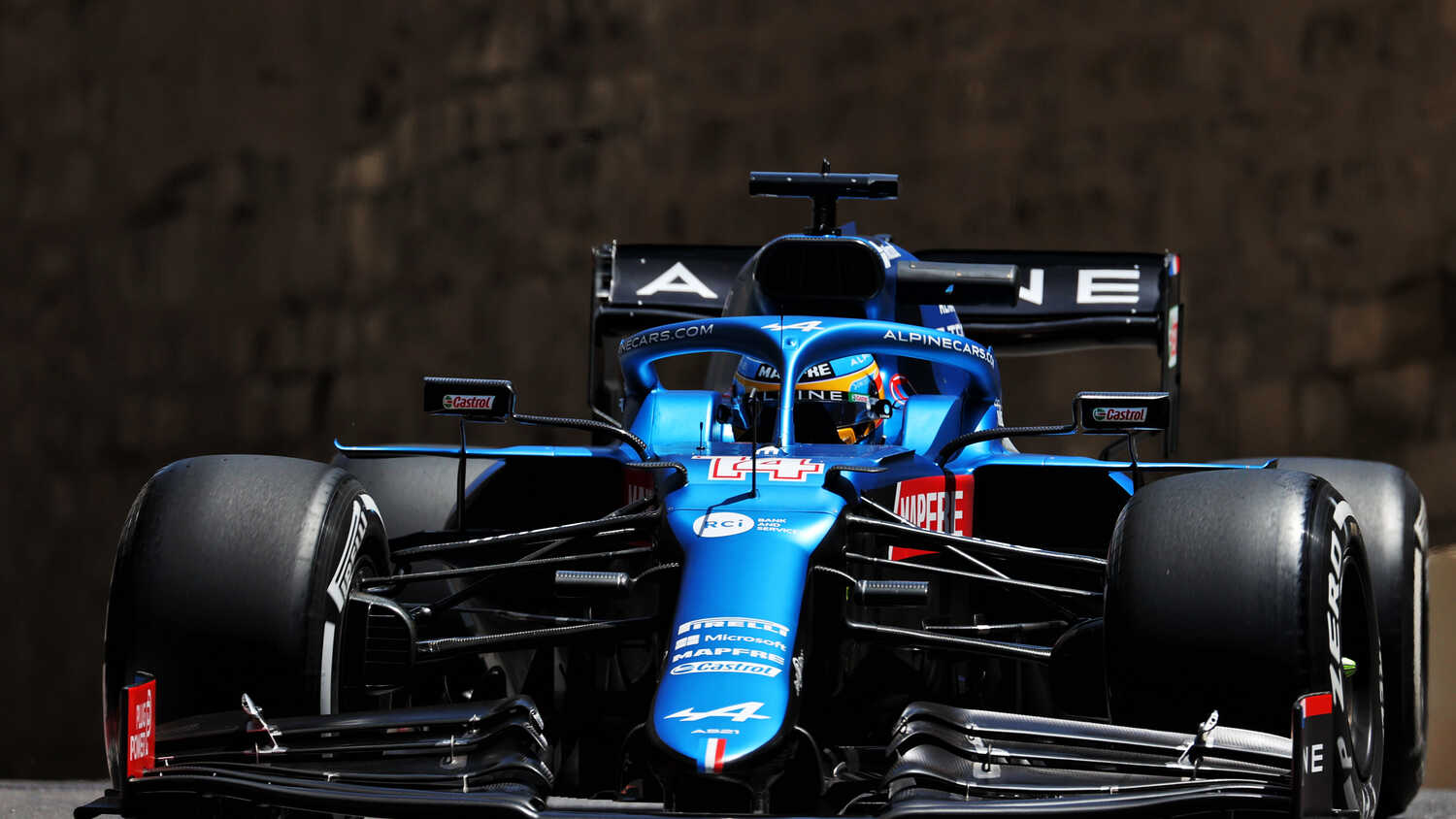 Fernando Alonso believes that Alpine were fortunate with the late-race restart at the Azerbaijan GP as he climbed up the order on the penultimate lap of the Grand Prix.

Alonso was struggling for the majority of the race but made the most of the safety car restart and the standing start restart to go from 14th to 11th and from 10th to 6th following the interruptions.

"We have good pace in two lap races, it was fun," joked Alonso to RacingNews365.com and other select members of the press. "It was exciting to to have some battles.

"Everybody was very aggressive, knowing that there's only two laps, and not needing to take care of the tyres or anything.

"I think we had a solid weekend in Baku and being 10th, I think it was too little reward for the team so I'm happy with sixth as the guys deserve it."

Alonso admits he was surprised about Alpine's lack of pace in Baku after he made it to Q3 for the first time at the Azerbaijan GP. Nevertheless, he feels that it's always important to take your chances in F1 when the right circumstances arise.

"In practice, our long runs were ok but early in the race, we were three or four times slower than the people around," said Alonso.

"We tried to be creative with strategy, trying to undercut people around, and then taking the first safety car and gambling with the soft tyre.

"But any strategy when you have slow pace, it doesn't work so we got lucky at the end to have another opportunity and we took it."