Alonso: I should have been on the podium

Fernando Alonso was left disappointed after the rain-affected final laps of the Russian Grand Prix caused him to finish further down the order than he had been on course for. 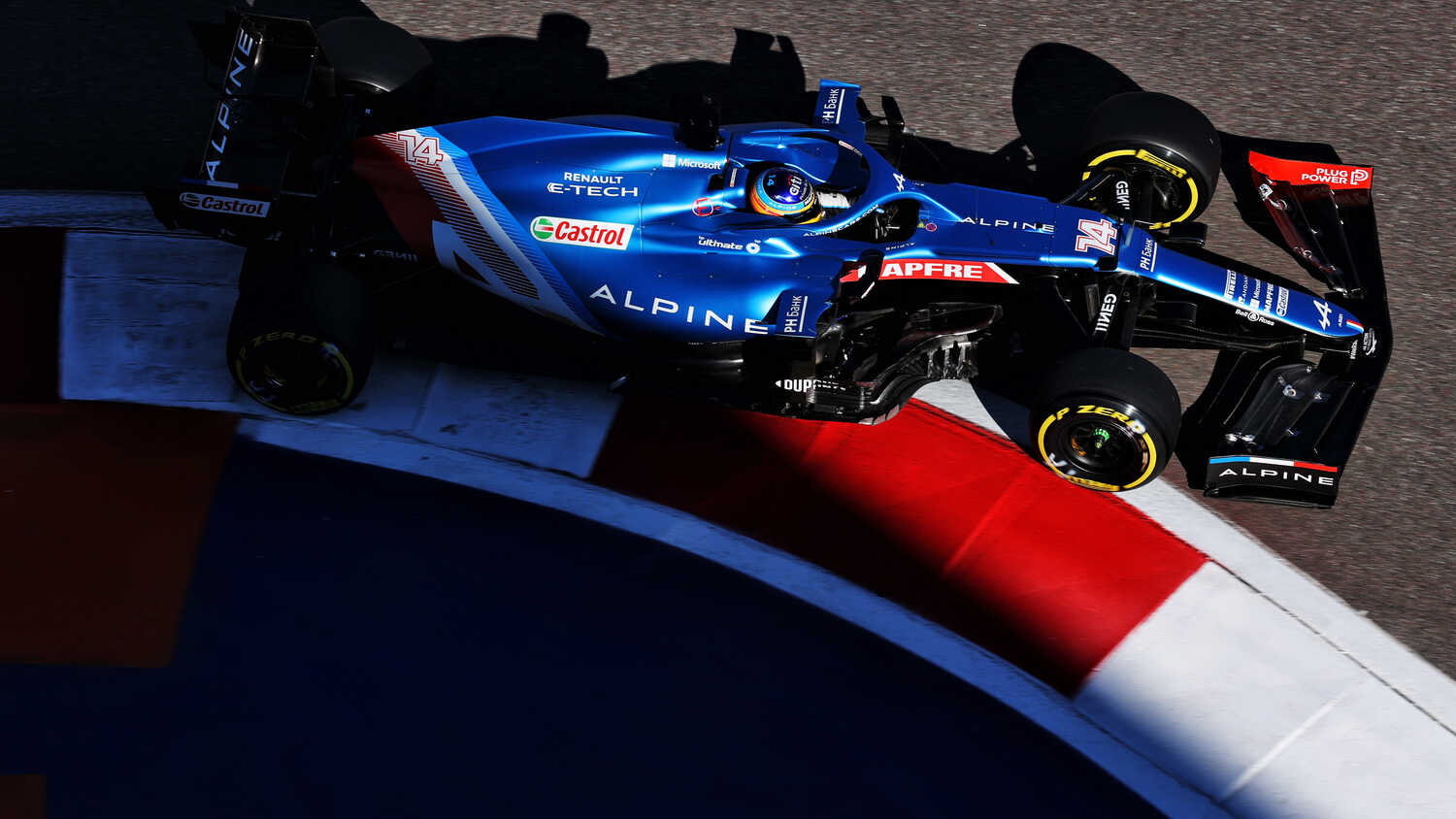 Fernando Alonso feels that he should have been on the podium at the Russian Grand Prix after running ahead of the likes of Max Verstappen before the rain fell.

The Spaniard started the race from sixth and at one point looked to be on course for a top-three finish. However, the change in weather conditions during the final laps resulted in Alonso losing some positions, and he eventually finished the race in sixth.

Alonso regrets that Alpine did not have luck on their side in Sochi.

"We should be on the podium, in terms of executing the race and driving," Alonso told select media, including RacingNews365.com.

"[Lando] Norris did an amazing race, and just by luck he's not on the podium or [claiming] his first-ever win in Formula 1, so when it rains [it] is just a very lucky factor.

"I'm sad because when we are not competitive and we are P11 or P12, it never rains, so we never get lucky, and today that we are P3 [it] rained, so not sad but definitely we are not very lucky."

However, Alonso remains proud of what he has achieved so far this season.

"Every point we got this year is on merit," the 40-year-old said.

Alonso added: "I think the team is doing fantastically well. Every weekend we are optimising things."

The former World Champion is currently 10th in the Drivers' standings – ahead of teammate Esteban Ocon in 11th – whilst Alpine sit fifth in the Constructors' Championship.