As the opening round of the 2021 Formula 1 season edges closer, Alfa Romeo have become the first team to reveal when they will be unveiling their new car. 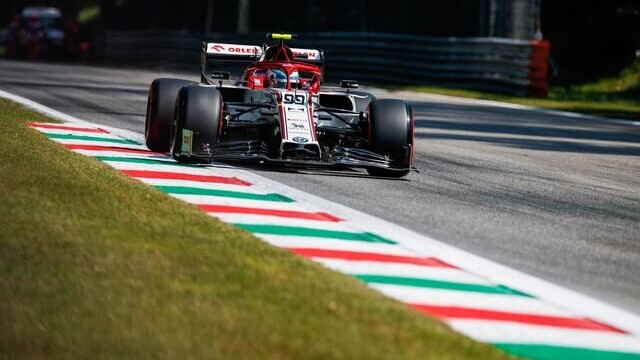 The C41 is set to make its debut appearance at the event on February 22 in Warsaw, the home city of the squad’s title partner ORLEN. It is thought that Alfa Romeo will be one of a limited number of teams to launch their car ahead of pre-season testing, due to current global travel restrictions in place owing to the coronavirus pandemic.

Alfa Romeo will retain their line-up of Kimi Raikkonen and Antonio Giovinazzi for the upcoming season. Despite some impressive performances from both drivers, the team will be hoping to improve on their 2020 form after finishing in eighth place in the constructors’ championship, with just 8 points to their name. P9 was Alfa Romeo’s best race result of the year, earned by Raikkonen at the Tuscan and Emilia-Romagna Grand Prixs and Giovinazzi at the Austrian Grand Prix.

Giovinazzi recently revealed that he hopes to earn his first podium finish in F1 during the 2021 season and showcase his potential, having been overlooked for the Ferrari seat in favour of Carlos Sainz.

"At this time I am focused on Alfa Romeo. I want to help my team forward as much as possible," the Italian driver told Autosprint. "That's why I would like to earn a podium finish with Alfa Romeo. In order to get on the podium, I have to continue improving myself and take my opportunities. Let's see if that works out in 2021."

Giovinazzi finished the 2020 season on equal terms with teammate Raikkonen, with both scoring four points. Former World Champion Raikkonen is entering into his 19th season as a Formula 1 driver.

Meanwhile test and reserve driver Robert Kubica also remains with the team. The Pole - who briefly returned to the F1 grid in 2019 with Williams - made several free practice appearances during 2020.