Albon arrives in IndyCar paddock: I want to see what's out there

Red Bull reserve Alex Albon has flown to Indianapolis to join the IndyCar paddock for the weekend, as he evaluates his options for 2022. 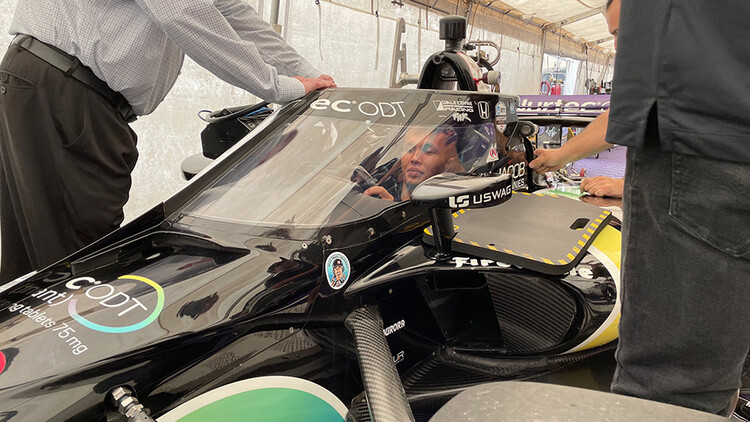 Alex Albon says that he is lining up backup plans for 2022, as the British/Thai racer has flown to Indianapolis to take in the sights of the IndyCar paddock this weekend.

Having lost his Red Bull Racing F1 seat at the end of 2020, Albon is currently reserve for Red Bull and AlphaTauri alongside a Red Bull-backed drive in DTM. But he's aiming to rekindle his single-seater career for 2022 and admits he's checking out IndyCar as a viable option.

“I want to see what’s out there,” Albon told the IndyCar official website, as he arrived in the paddock for this weekend's Big Machine Spiked Coolers Grand Prix.

“My main goal is to be in F1, but there’s never a 100 percent certainty on that, so you [have] got to have plan B and C to see what else is out there. I’ve always had that interest within IndyCar. You see it on the rise now, especially with the viewership and everything going up.”

Albon met up with former F1 rival Romain Grosjean, who joined IndyCar this season as a rookie after losing his Haas seat.

Albon was invited to hop into the cockpit of the Dale Coyne Racing No.52 and said he was interested to see how the Aeroscreen, IndyCar's version of the cockpit protection system, had developed, as it was engineered and built by Red Bull Advanced Technology.

“I just wanted to see what he thinks about it. Is he happy? Of course, he’s happy. He’s always got a smile on his face. How was that transition for him, and how did he feel in IndyCar straight away? He looks very comfortable here.”

Albon has been linked with a switch to the series and says he's not ruling out moving across the Atlantic for 2022.

“It’s been really interesting to see,” he said.

“Honestly, it’s more just hard to say if it’s something I would want to be doing. I’m seeing a few teams out there right now. I want to chat with them and see what’s out there so I can decide what I am going to do.