Aston Martin presented their car on Wednesday, the AMR21. Sebastian Vettel and Lance Stroll will look to lead the British marque to glory in their first year back, but there is already talk regarding how similar the car is to Mercedes. RacingNews365.com is here to break it down for you. 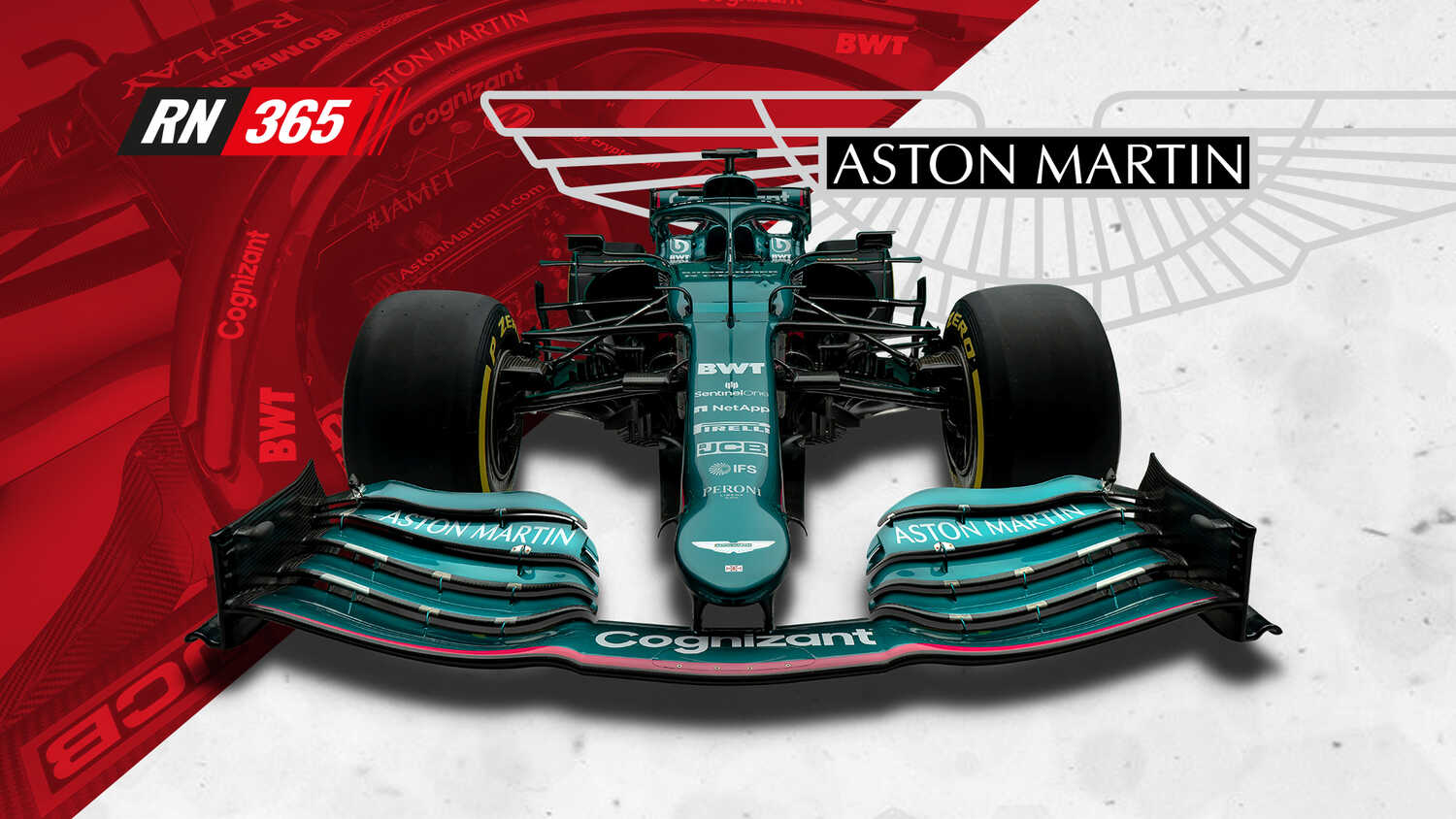 Aston Martin were the latest team to present their new car ahead of the 2021 Formula 1 season. The AMR21 will be driven by the returning Lance Stroll and four-time world champion Sebastian Vettel, who joins after a season to forget with Ferrari.

RacingNews365.com has taken a closer look at the AMR21 and we're here to tell you about it in detail.

For starters, the livery stands out. The team has adopted the traditional British Racing Green with a touch of pink from sponsor BWT, a clear departure from the pink livery used by Racing Point. While the colour of the car won't help in Aston Martin push for P3 in the constructors’ standings, they'll certainly look good doing it. 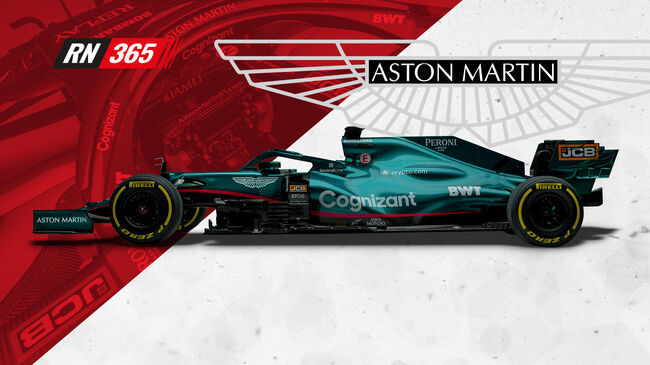 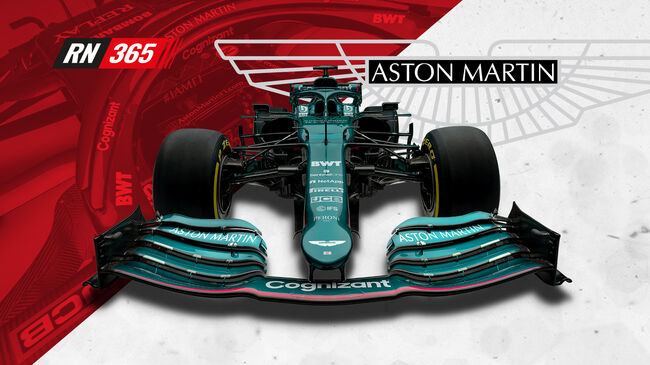 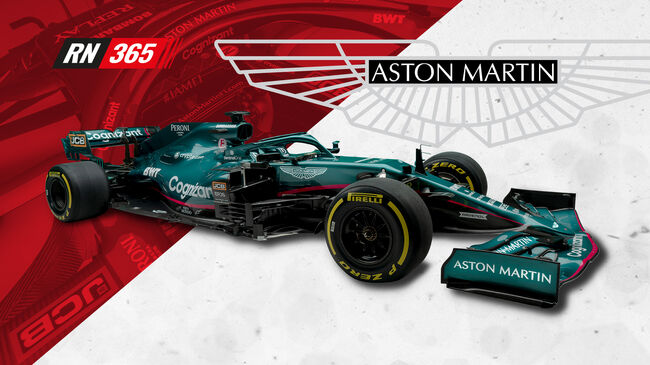 At first glance it looks like Aston Martin have found different solutions to problems that Mercedes had. The bumps that we saw on the bodywork of the engine cover of the W12 are also present on the AMR21, though they are bigger and further back.

The diffuser is also new because of changes to the technical regulations, though we can’t look at it just yet as it’s been hidden from our eyes, following in the footsteps of most other teams. Above that, the T-cam that was stil on the RP20 in Abu Dhabi is no longer present. 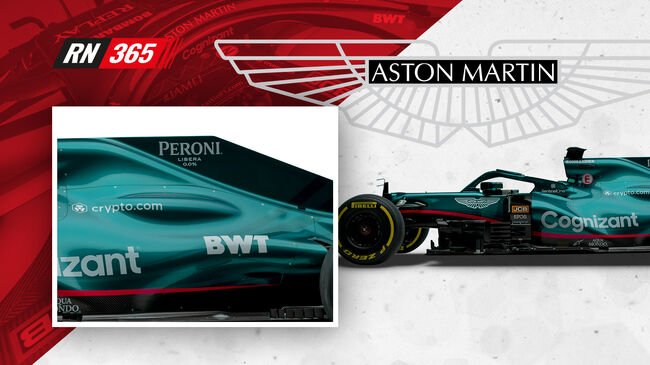 The oval sidepods standout as they are visible from the front of the car. However, just after that, the bodywork folds sharply inwards, something that we saw introduced during the 2020 season and has been carried over into 2021

After that we see the new floor for this season which isn’t as clean and flat as the rest of Aston Martin’s competitors. However it does look as though there is room to play with the slots and the raised edges. 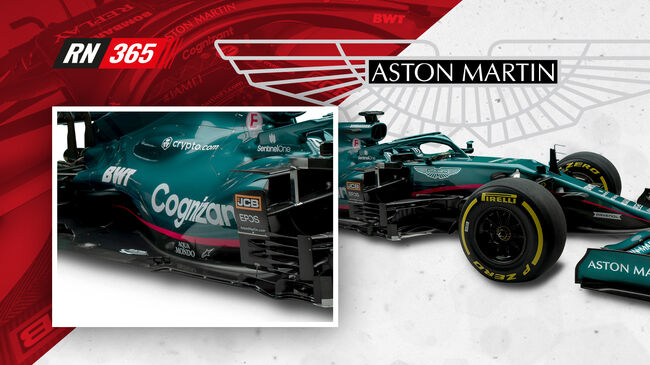 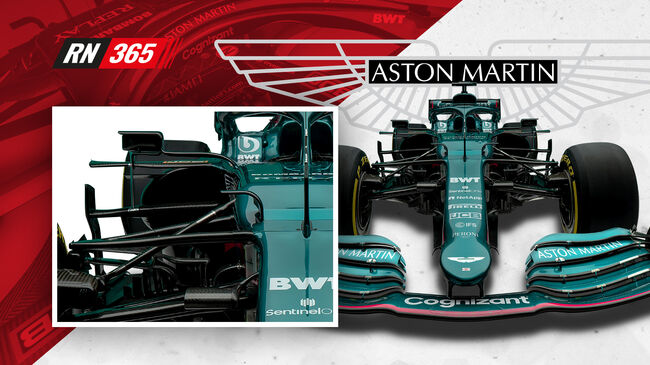 Continuing with the sidepods, there are a whole host of wings, fins and raised edges that will look to guide air under and around the car as efficiently as possible. The first vertical upright is not as high as that of the current Mercedes, but it remains at the height of another car; last year’s Mercedes. Aston Martin have also opted for horizontal blades on the Asterix wings which isn't new to Formula 1, but it looks to be a trend that is returning this year.

The halo shows a double deck spoiler on top of the halo which isn’t new either, but isn’t something each team has adopted either. 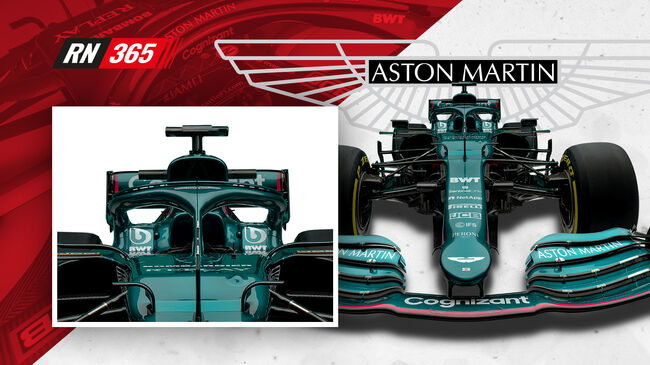 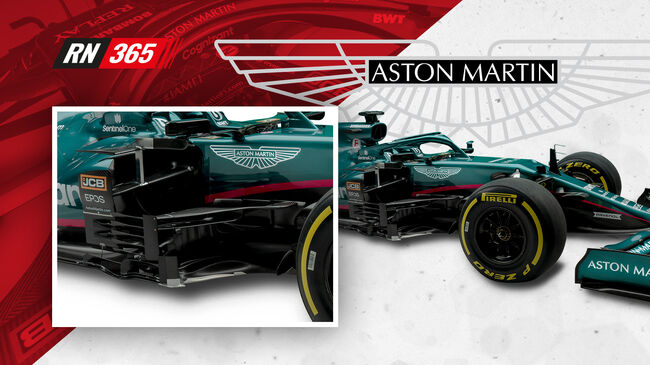