A closer look at the SF21, the car Ferrari hope will change their fortunes

Ferrari presented their car on Wednesday, the SF21. Charles Leclerc and Carlos Sainz will look to lead the Scuderia back to the front of the grid with a chassis that has some striking new features. RacingNews365.com is here to give you a closer look. 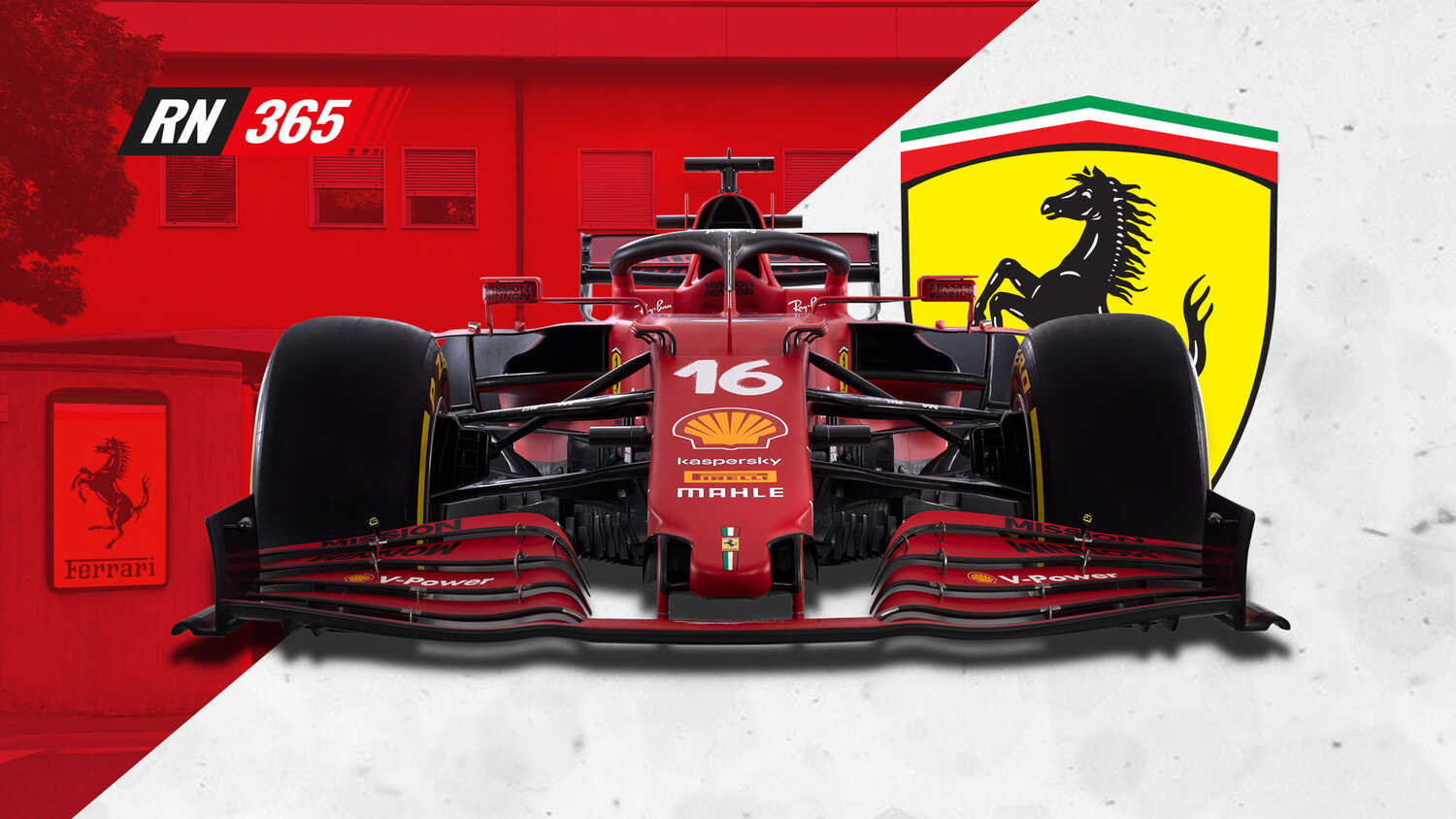 Ferrari were the 10th and final team to unveil their new car ahead of the 2021 Formula 1 season. The SF21 will see Charles Leclerc return for his third season at the Scuderia, with Carlos Sainz joining him after making the switch from McLaren.

RacingNews365.com has taken a closer look at the SF21 and we're here to tell you about all the tweaks and additions Ferrari have made.

However, let's look at the livery to start with. Towards the rear of the car, the familiar red turns into the burgundy that we saw at Ferrari's anniversary race last year. Team principal Mattia Binotto stated it's a callback to the burgundy red of the very first Ferrari, the 125 S. And what about the green Mission Winnow logo? Charles Leclerc stated the colour was a last minute addition. Is it beautiful? That's for you to decide. 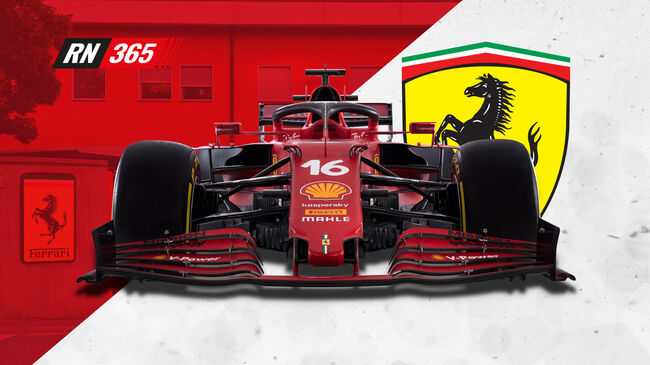 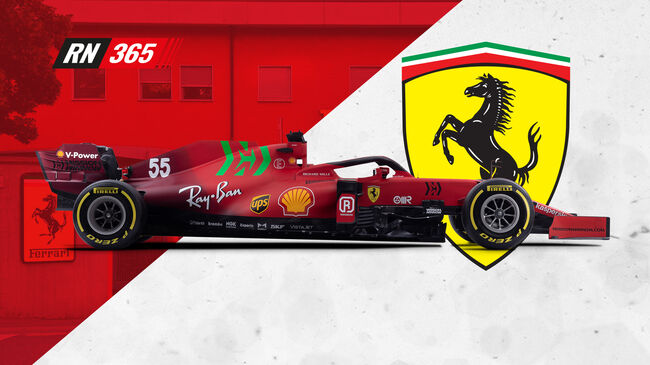 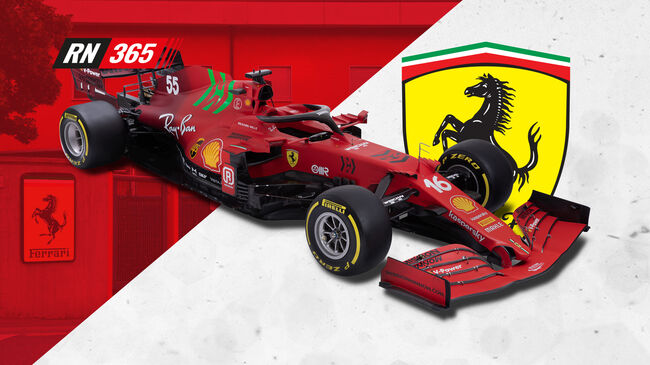 However the changes don't just end with the livery. The technical design of Ferrari's newest car has been overhauled, starting with the nose. We see clear air channels at the tip of the nose, and under the Kaspersky logo on the flank we see the second inlets for the S-Duct. 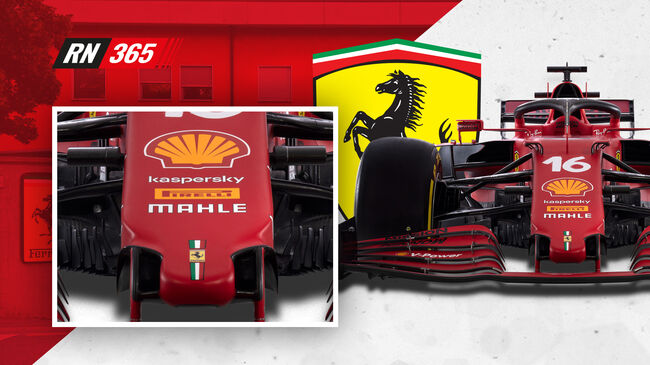 At the height of the front suspension there isn't just one air guide on top of the chassis as we have with other teams, but rather four per side. This was done to ensure that air is sent to the sidepods. Those sidepods have also been taken care of. If they looked full last year, a bite has now been taken out at the front. Just behind that, the bodywork quickly turns inward. 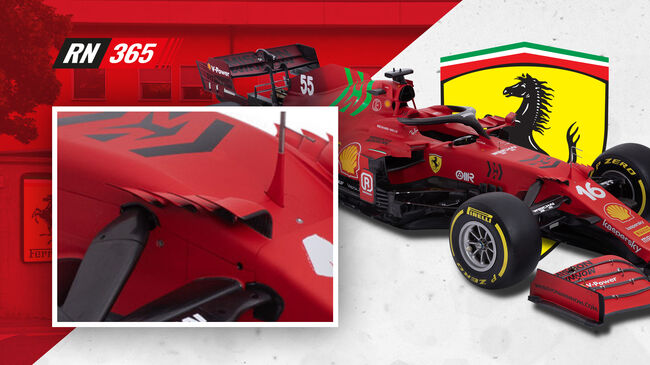 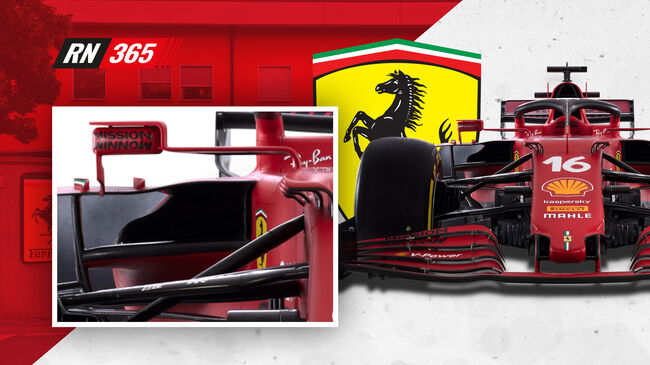 Those sidepods are preceded by new Asterix wings, with the vertical pillar much more upright than before. Above it are some new edges, on which the Italian tricolor can very subtly be seen. There are also horizontal slats for the Asterix wings, which is another new addition by Ferrari.

During Carlos Sainz's seat fitting we saw that Ferrari would have a bigger, rounder airbox which is easy to pick out. The whole thing is much less aggressive looking than the sharp point of the SF21’s predecessor, the SF1000. The small Viking horns that made an appearance last year remain on the 2021 car as well. 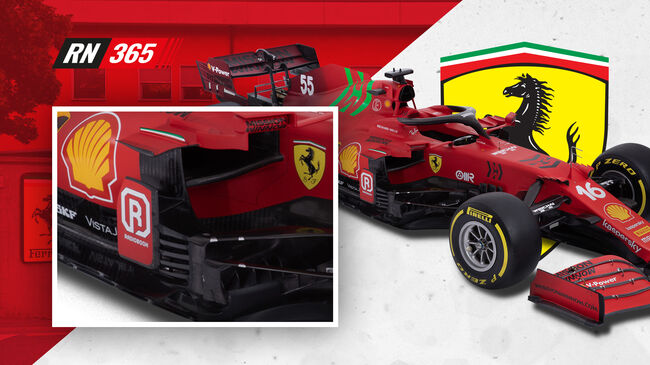 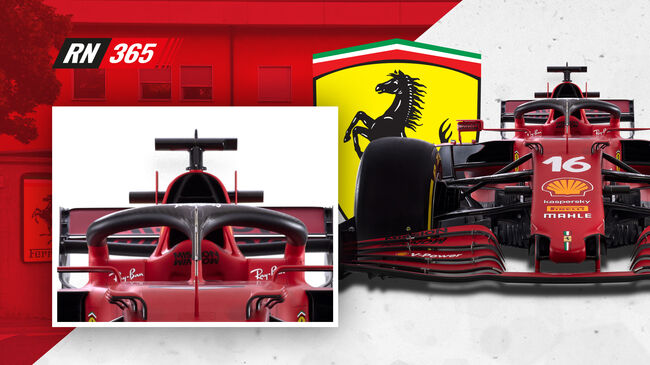 The engine cover is very similar to last year's car in terms of design, with the change in livery the big difference. Behind it we see a double T-wing above the exhaust, with Ferrari opting for a single wastegate exhaust just like last year. On either side of the rear wing we see two updated end plates. If you look further down you can maybe make out some of the diffuser, however Ferrari have kept that part of the car out of sight like the rest of their rivals.

One of the two design tokens has gone into the implementation of a new engine, but the use of the second one isn’t as clear, especially as the SF21 appears to be one of the most updated cars on the Formula 1 grid. Given how 2020 went for the Scuderia, it was certainly a much needed change. 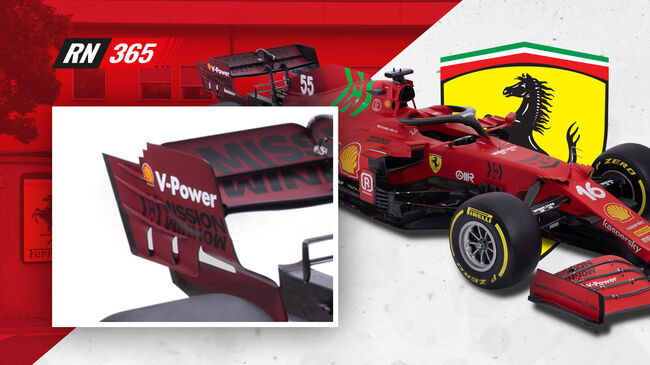 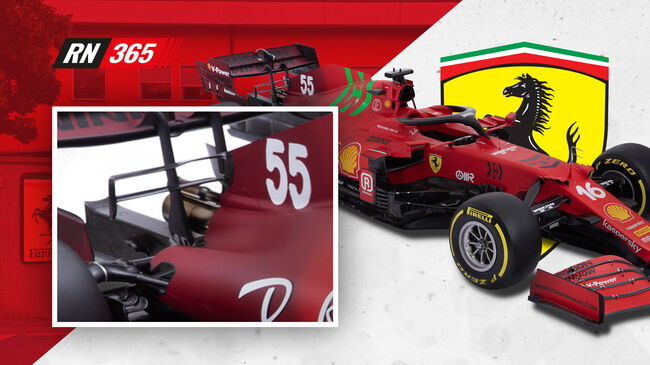