Here are the Pirelli tyre compounds for 2021

Ahead of the new season, F1 tyre supplier Pirelli have revealed which compounds will be available at each 2021 Grand Prix. While there are only four dry options to choose from, each race weekend will vary in terms of which are available to drivers. 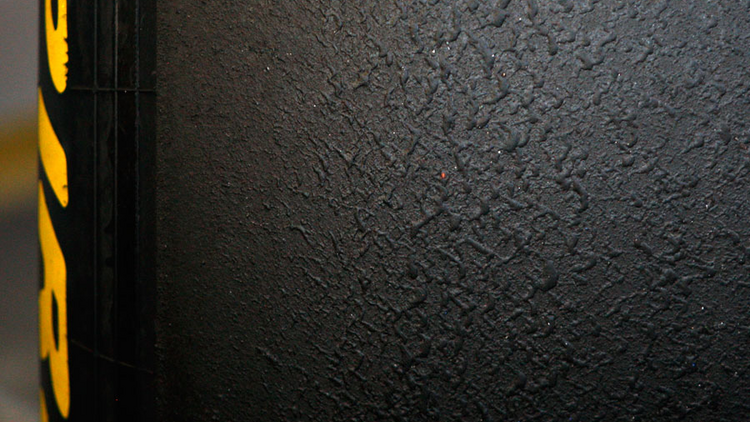 Pirelli have officially confirmed the tyre choices for each race of the 2021 Formula 1 season. The choices remain broadly similar to that of the 2020 season, although the calendar will this time welcome back a number of circuits that were absent last year.

A fairer comparison, therefore, is 2019, where we can see that only two Grand Prix's - Brazil and Azerbaijan - will have softer compounds this time around compared to two years ago.

Pirelli boss Mario Isola explained the company's decision to announce the compound choices for the entire season, rather than just the first few races.

"It helps the teams with their planning, also allowing for maximum flexibility just in case the calendar has to change due to COVID-19 restrictions", Isola confirmed.

As was also the case last year, the teams do not choose how many sets of each compound they take to a Grand Prix. The new rule, which was introduced last year in the wake of Corona uncertainty, means that all teams take two sets of hard tyres, three sets of mediums and eight sets of softs (per driver) to each race.

Check out the tyre selections for each race of the 2021 season below. 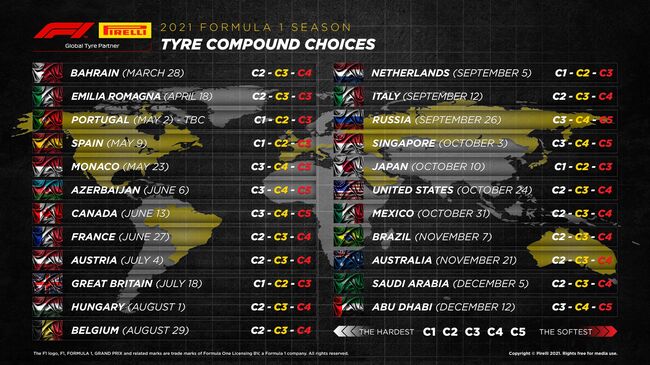