Back for a seventh season, the 2020/21 Formula E season will feature 12 teams and 24 drivers. The 2020/21 season will officially see the championship become a FIA World Championship. 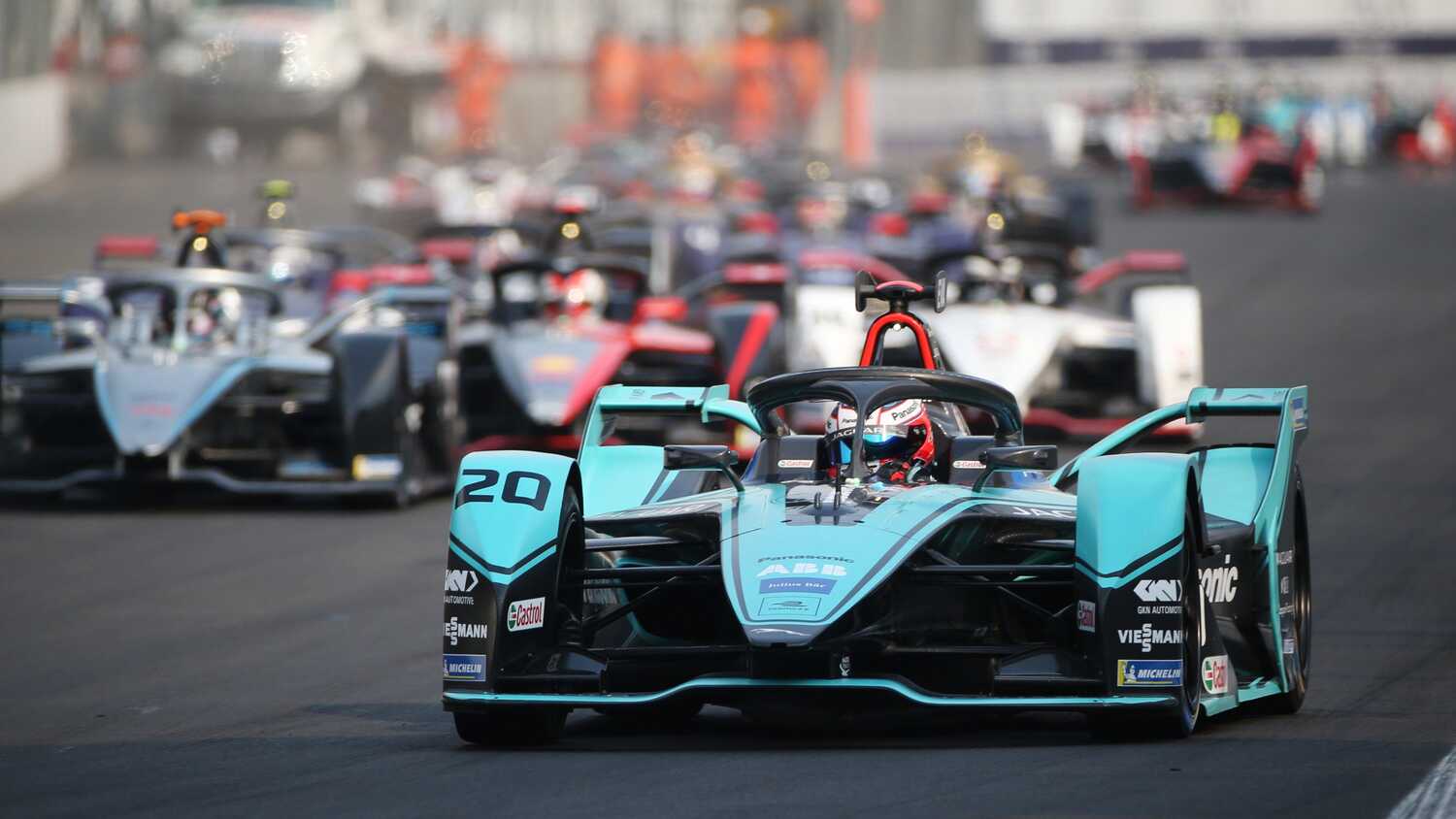 The 2020/21 Formula E World Championship will see 12 teams and 24 drivers compete in the highest class of competition for electric open-wheel racing cars that is recognized by the FIA.

Last season saw Antonio Felix da Costa claim the drivers' championship in the DS Techeetah, with the team also coming out on top in the teams' championship thanks to the contributions of the Portuguese driver and teammate Jean-Eric Vergne.

The team has been part of Formula E since the inaugural season in 2014, with Lucas di Grassi becoming the first driver to win an open-wheel motorsport race in an all-electric car. The team ultimately finished the season third in the teams' standings, though their best performance came in the 2017/18 season when they took the team title thanks to the efforts of Di Grassi and Daniel Abt.

Di Grassi is back for the 2020/21 campaign and will be joined by German Rene Rast.

Owned by Michael Andretti, the American team has achieved limited success in the series since 2014. Their first victory didn't come until the 2018 Ad Diriyah ePrix via Antonio Felix da Costa. Andretti Motorsport followed that up with two victories the following year with Alexander Sims and Maximilian Gunther, but their joy may have been somewhat subdued after seeing Da Costa leave and win the title with DS Techeetah.

The upcoming season will see Sims and Gunther return for the team.

The second American team to join the series after Andretti Autosport, the team finished second in the teams' standings. Their first victory wouldn't come until the following season with Jerome d'Ambrosio crossing the line first at the 2016 Mexico City ePrix. Since then the team have struggled to make their mark at the front of the grid finishing in the bottom part of the table, which culminated in a disappointing 11th place finish with just two points last season.

Nico Muller and Sergio Sette Camara will be tasked with reversing the team's fortunes in 2021.

The team entered Formula E in 2016 following the purchase of Team Aguri with Jean-Eric Vergne and Qinghua Ma making up their initial driver lineup. Vergne took the team's first podium finish at the Buenos Aires ePrix with Renault powertrains. The Frenchman did one better the following season, winning four races to help the team to a second place finish in the teams' standings.

Vergne took his second driver's title in 2018/19 while Techeetah took the team's title. Vergne's teammate Antonio Felix da Costa took home the championship last season with Techeetah successfully defending their brown. Both Vergne and Da Costa will be back in 2021. 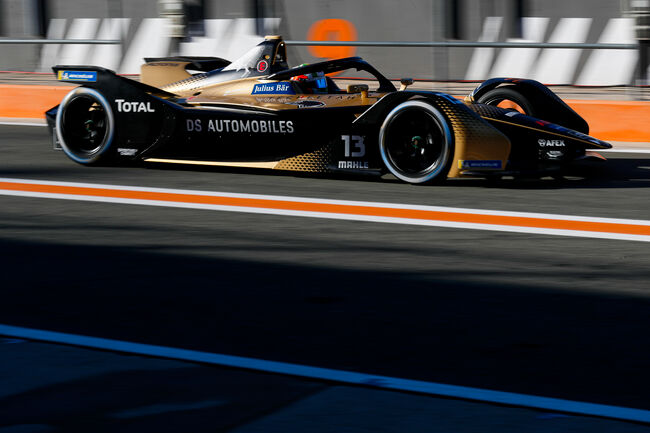 One of the first teams to enter the series, Virgin Racing have established themselves as a regular contender on the grid. The team has finished third on three occasions in the teams' standings, while also registering 11 victories in total since 2014.

Last season saw the team finish fourth with Sam Bird and Robin Frijns in their ranks, with the former being replaced by Nick Cassidy for 2021.

The British marque joined the series in 2016 with Panasonic as their main sponsor. Since then the team have failed to leave much an impression on the series, winning their first race at the 2019 Rome ePrix thanks to Mitch Evans. The New Zealander added a second race win to his tally at last season's Mexico City ePrix, but the team could only muster a seventh place finish in the team standings.

One of the 10 founding Formula E teams, Mahindra Racing had their best finish in 2016/17 when former Formula 1 drive Nick Heidfeld and Felix Rosenqvist led them to a third place finish in the teams' standings. Rosenqvist took home their first victory at the Berlin ePrix that season, but since then the team have slowly slid down the grid culminating in a ninth place finish last campaign.

Alexander Sims and Alex Lynn are tasked with helping the team back up the field in 2021.

One of the newer entries on the gird, the Mercedes team made their Formula E debut last season. Backed by the successful Mercedes F1 team, Stoffel Vandoorne took home their maiden victory at the season-ending Berlin ePrix ahead of teammate Nyck de Vries.

Both men are back in 2021 as the team look to emulate the success of their F1 counterparts. 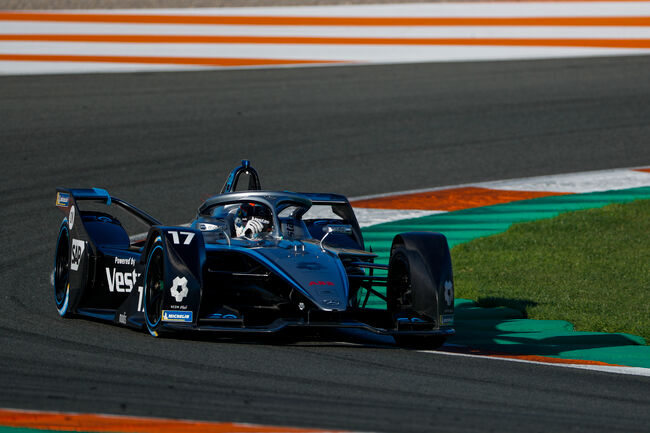 The second team to announce their involvement in the sport, the team was known as China Racing for the first Formula E season in 2014. Nelson Piquet Jr took home victories in Long Beach and Moscow that season, but the team have been unable to emulate that success since then. After a disappointing 2018/19 season saw the team pick up just seven points, they managed to finish last season without a single point.

Oliver Turney and Tom Blomqvist will try to end the team's slide this season.

The DAMS team are a force to be reckoned with winning the first three teams' championships thanks to the efforts of Nicolas Prost, Sebastien Buemi and a cameo appearance by Pierry Gasly in 2016/17. Buemi took home the drivers' championship in 2015/16, and after a slight decline the following two years, they finished second last season.

Buemi is back once again and will be joined by Oliver Rowland in 2021.

Venturi Racing were one of Formula E's founding members with Nick Heidfeld and Stephan Sarrazin making up their initial driver lineup. Former Formula 1 driver Jacques Villeneuve drove in a handful of races for the team back in 2015/16, while Felipe Massa competed for Venturi in 2018/19 and 2019/20. However their lone victory to date came via Edoardo Mortara at the Miami ePrix in two seasons ago.

Their 2020/21 driver lineup will be made up of Mortara and Norman Nato.

Porsche made their debut in the series last season with Neel Jani and Andre Lotterer. Their best result came at the Berlin ePrix with Lotterer taking second spot.

Lotterer is back in 2021 and will be joined by former Formula 1 driver Pascal Wehrlein.

Check out the table below for a full rundown of each team, their powertrain and their driver pairing for the 2020/21 campaign.