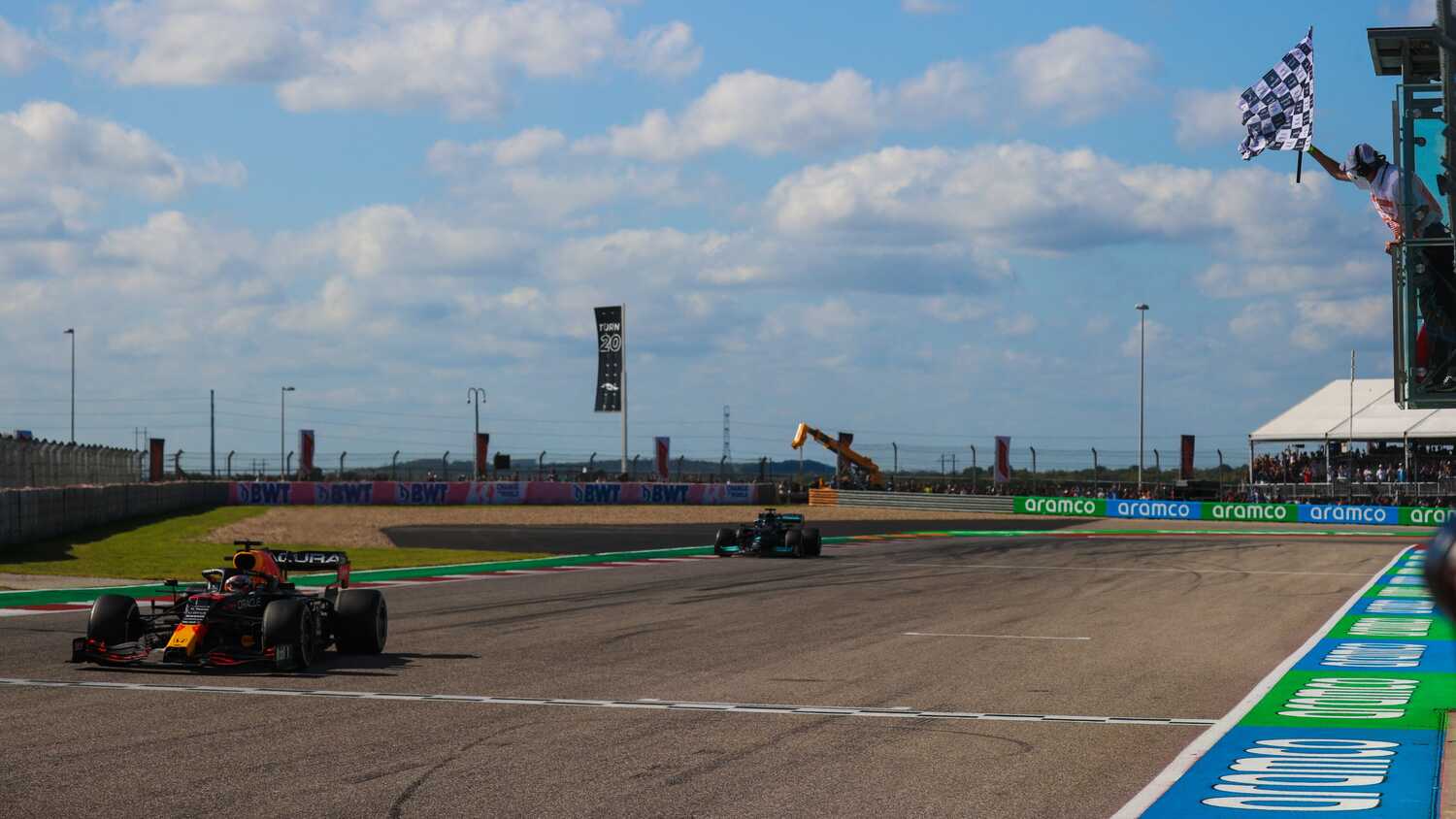 Toto Wolff has admitted that Red Bull deserved to beat Mercedes to victory in the United States Grand Prix, describing their early pit-stop with Max Verstappen as a "super aggressive" and "bold" move.

Verstappen lost the lead to Hamilton at the start of Sunday's race at the Circuit of the Americas and reacted by pitting on Lap 11 with an attempted undercut. When Hamilton pitted three laps later, Verstappen duly reclaimed track position from his title rival.

Hamilton went eight laps longer than Verstappen during his second stint, as he and Mercedes played the long game. After his final stop on Lap 38 of 56, Hamilton trailed Verstappen by eight seconds, a gap that he gradually reduced in the closing laps.

However, Verstappen held on to take the win by 1.3 seconds, and Mercedes boss Wolff praised Red Bull's tactics post-race.

"I think it was some interesting strategy games and great racing," Wolff told Sky Sports.

"At the end, you know, we thought that we had a sniff at it, but it wasn't enough, it was just... The moment you get close to the other car it's difficult.

"They went for a super aggressive first stop, and that was bold. We did that in Bahrain at the beginning of the year and we won. We thought maybe that's enough at the end to get them, but they deserved to win today."

With the leaders starting on Medium tyres before completing two stints on Hards, Wolff added: "We were debating about the undercut but Lap 10 or 11, what it was, was just very early.

"We were too slow on the Medium and therefore we didn't think that the Hard would last."

Mercedes' advantage in the Constructors' Championship has been cut to 23 points, with Sergio Perez also finishing on the podium for Red Bull.