Wolff: No answer for Mercedes' struggles at Turn 3

Mercedes team boss Toto Wolff has admitted the team are yet to figure out why the W12 doesn't seem as happy through the banked Turn 3 as Red Bull's RB16B. 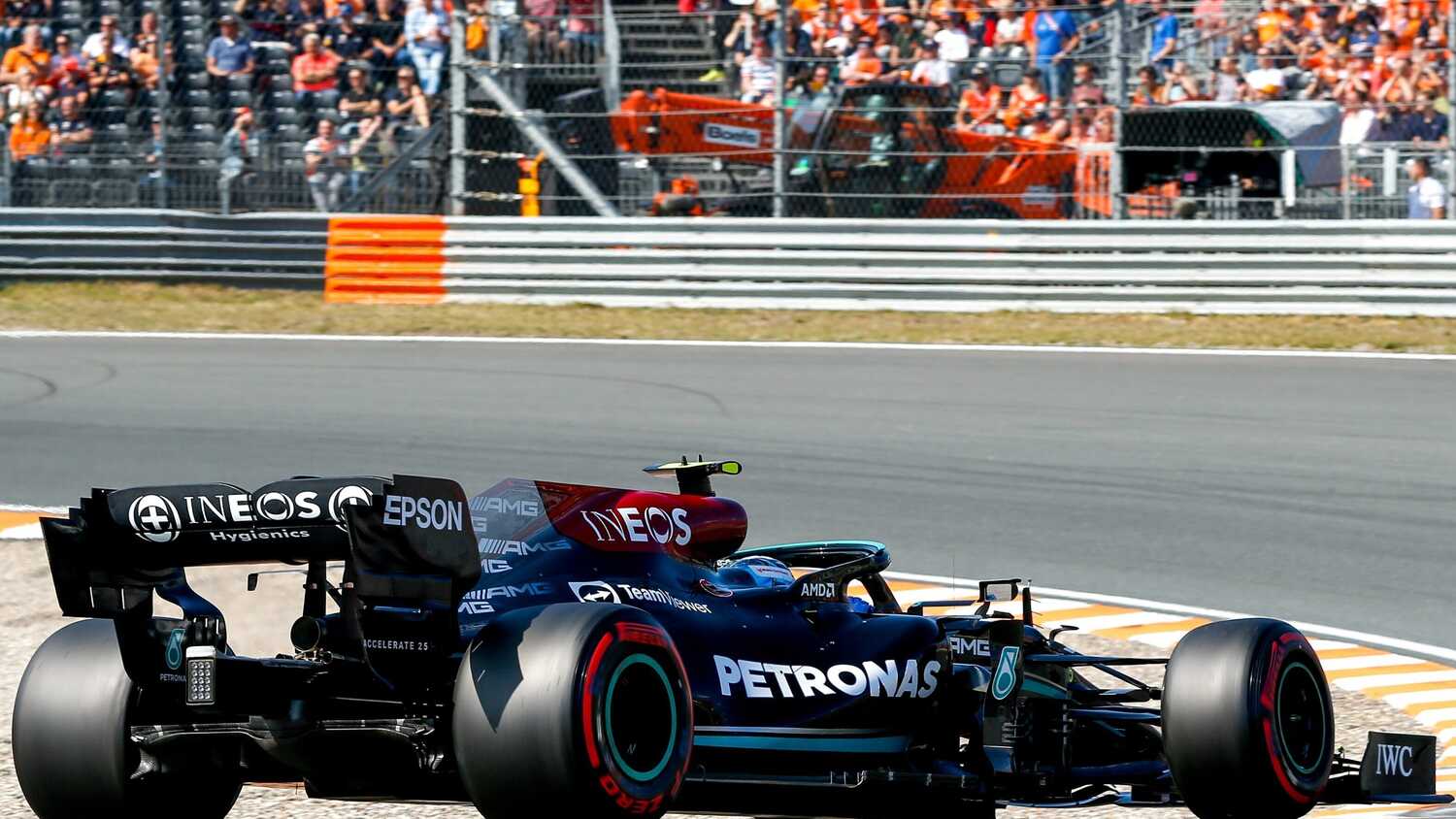 Mercedes' Toto Wolff has expressed puzzlement as to why the team's W12 doesn't appear to like the Turn 3 banking as much as Red Bull's RB16B does.

The W12, with both Valtteri Bottas and Lewis Hamilton, has been consistently two to three tenths down on Max Verstappen's pace through the banked Hugenholtz corner – this representing almost all of Mercedes' time deficit to Verstappen on the longer runs.

"Yeah, it's odd, because we are competitive in the rest of the circuit," Wolff told media, including RacingNews365.com on Saturday after qualifying.

"But our car doesn't seem to be happy in the extreme banking of that low speed corner. And we haven't found the answer yet."

With the team unable to make any setup changes for the race due to parc ferme conditions, their slight disadvantage in terms of raw pace in the first sector appears to be locked in.

Despite this, Wolff was hugely enthusiastic about the Zandvoort circuit. The fast but narrow Dutch venue has won over a new generation of fans even before the Grand Prix is held, and Wolff said it's because the historic track doesn't have any ambiguity about track limits.

"Mistakes are being penalised like they should and nobody's talking about track limits. Isn't that wonderful?

"I think it's a blueprint to follow, the new tracks that come up, to look at the classic tracks and we can still race in safety. We are still respecting the same safety standards like all the new tracks, so let's look at all these fantastic venues and pick the best out of them.

"And when you look at the onboards, you pee in your pants!"