Wolff: Hamilton could have been another three tenths up if he hadn't gone rallying

Mercedes' Toto Wolff believes Lewis Hamilton had another few tenths in hand, had it not been for a mistake late in his second flying lap. 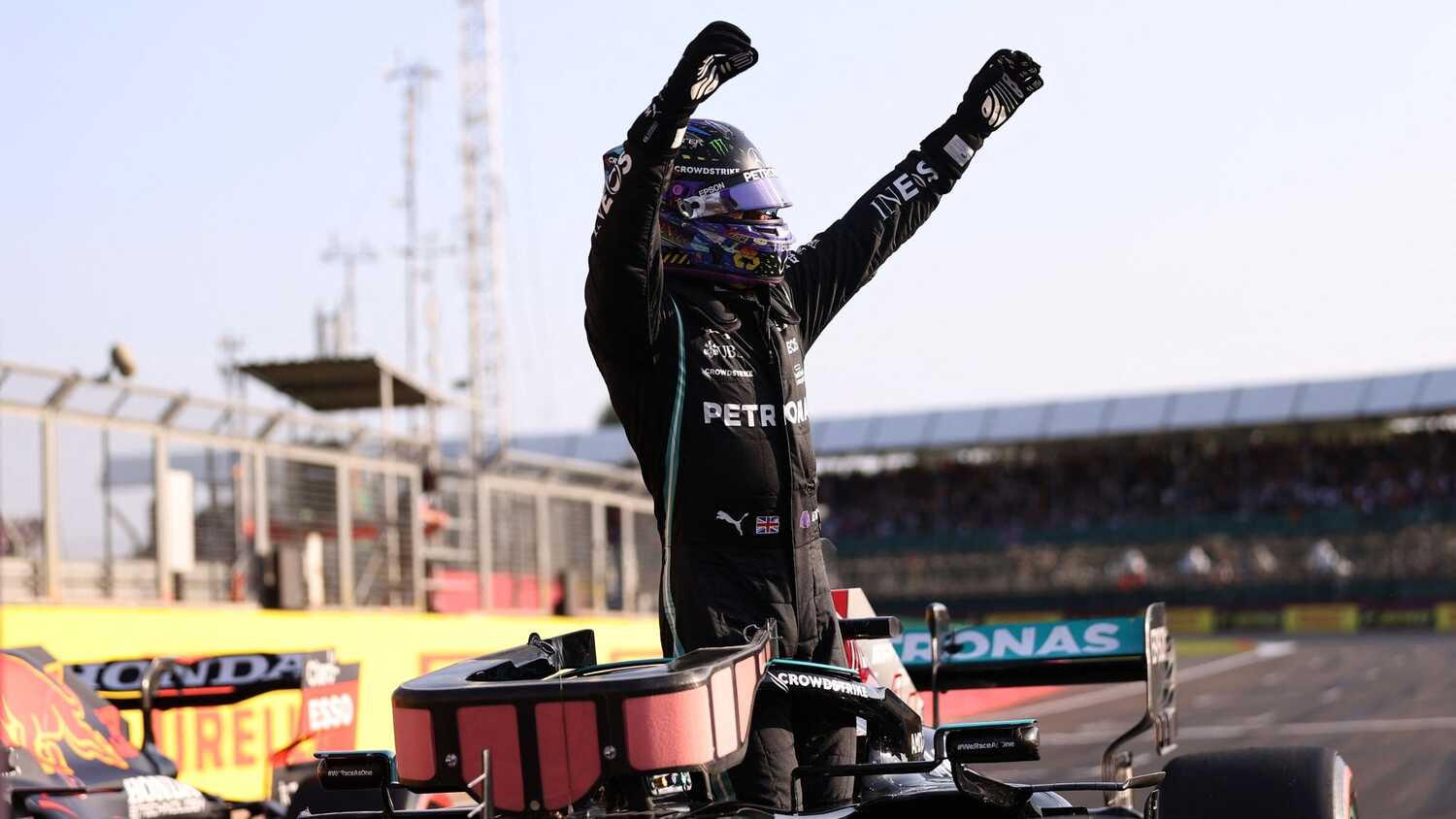 Toto Wolff reckons Lewis Hamilton had a lot more pace to show in qualifying, despite the Mercedes driver taking pole position by just under a tenth over Red Bull's Max Verstappen.

Hamilton had been almost half a second quicker than his own fastest time during his second flying lap, but made an error entering the Vale corner and lost all that gained time. As a result, Wolff believes Hamilton had at least another three tenths of a second in hand, a big turnaround from Mercedes after drubbings from Red Bull in recent races.

"I think it's good to come back, especially the pace of both drivers," Wolff told Sky Sports F1.

"Lewis could have probably been another three tenths up if he hadn't gone rallying at the end. I'm happy about the pace."

As for where the pace has come from, Wolff refuted that it has anything to do with the upgraded parts Mercedes have brought along for their home race, believing that it's more a case of refinement.

"Well, it's not the upgrade, I think it's we've found bits everywhere, I think that the tyres were in the right window," he said.

"And yeah, the sweet spot of the car. You can see how it can fluctuate between Verstappen being absolutely dominant in the morning session and then it swings the other way around."

With Mercedes striking back against Red Bull, giving them the upper hand for the first time in five Grand Prix, Wolff said he's thrilled with how the team have responded to adversity.

"I think we see it as a test, because we've had seven championships in a row, we were never complacent," he said.

"We were always humble about it and worrying that somebody could catch us up and then suddenly we find ourselves this year with a change of regulations that bite us more than we expected.

"So there's something to learn, and also that we are behind and everything we talked about in the last few years about how we would react if that happens. Now, it's the test, and we can see whether we do what we have expected or not but it doesn't mean you're winning the championship but still, it allows you to stay in the hunt, and I'm happy how we've reacted so far."