Wolff explains how sensational Verstappen got the better of Mercedes

In the end Mercedes couldn't stop Max Verstappen and Red Bull. Although the Dutchman surrendered the lead on the first lap, he battled back to take the chequered flag after a tremendous drive. 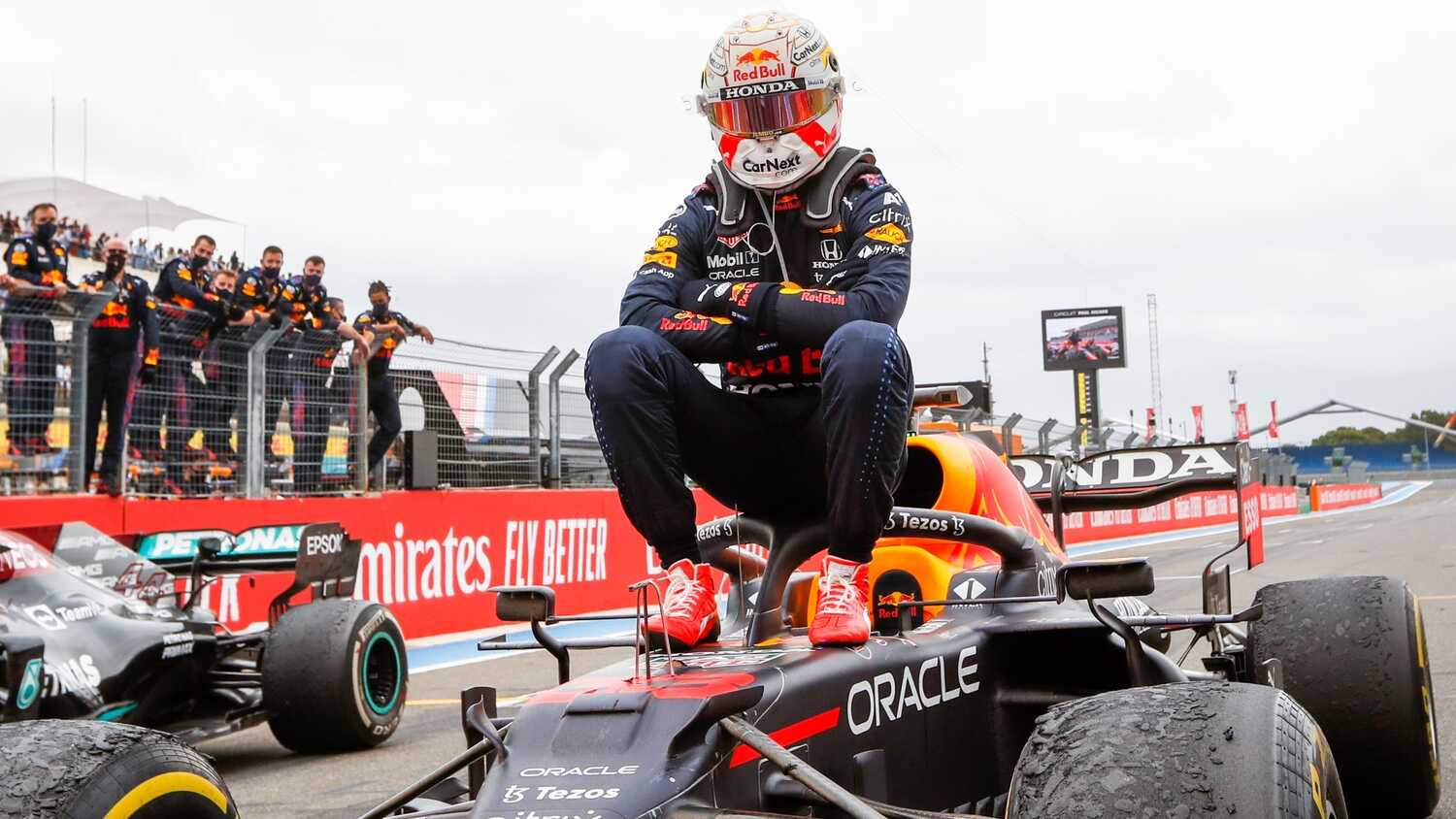 Max Verstappen was forced to battle back on two occasions during the French Grand Prix, with Mercedes team boss Toto Wolff singling out the Dutchman's outlap following his first pit stop for praise.

The Dutchman took the chequered flag after starting from pole, but he was certainly made to work for the result. Although Verstappen retook the lead following his first pit stop, Red Bull opted to bring him in a second time. A pass on Hamilton on the penultimate lap decided the race, though Wolff was impressed by something other than the overtake.

"Max's outlap [after his first pit stop] was sensational, but we are missing a second somewhere," Wolff told Servus TV. "We have to analyse that now. We were off by a second."

Mercedes triggered the opening pit stops by bringing in Valtteri Bottas, a move that ultimately saw them lose the lead. However Wolff made it clear the team had no choice but to bring the Finn in.

"We had no choice [to pit Bottas first]," Wolff told Sky Sports. "Valtteri's tyre started to have a vibration and towards the end we were really worried the vibration.

"The vibration came through the suspension already and he could have had a failure at any time because he flat spotted the tyres. We knew that we were going to trigger the stops too early, but no choice.

"We have lots to learn and understand. They [Red Bull] had phenomenal outlaps, but we need to look at why we misjudged the undercut. I think we had a good race car, we both could have won. If you look at the top four, we were about a minute ahead of fifth, so that's good, that's solid."