Wolff encourages Mercedes to be optimistic about their title hopes

The Mercedes team boss has explained why the world champions will not give up their title challenge and has outlined the reasons to be optimistic. 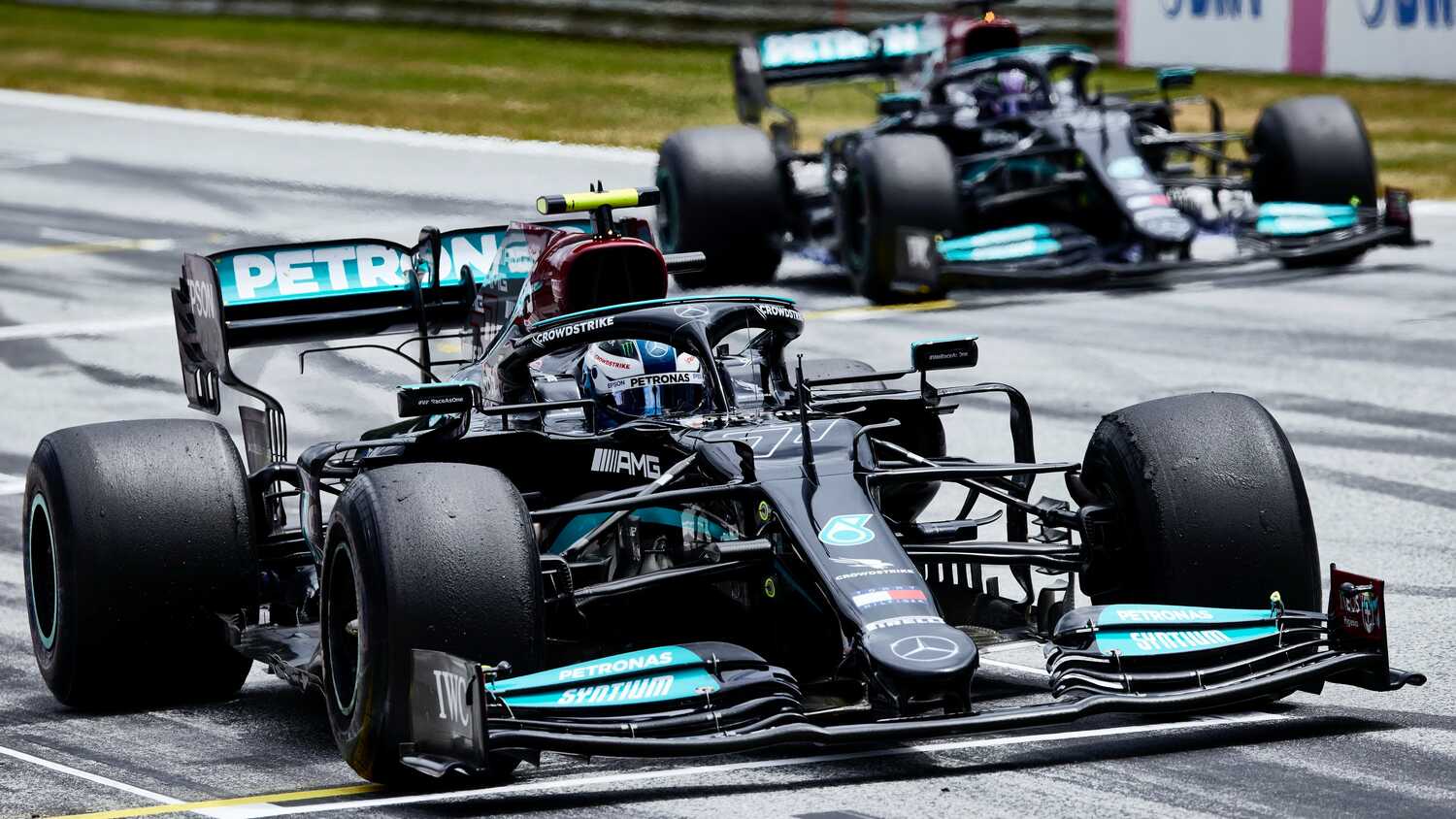 Mercedes team principal Toto Wolff has stressed that there are reasons to remain positive despite the world champions losing further ground in the Drivers' and Constructors' Standings.

Lewis Hamilton failed to finish on the podium at the Austrian Grand Prix and is 32 points behind Max Verstappen whilst Mercedes trail Red Bull by 44 points in the Constructors' Championship.

"We never resign any battle, it's the last things we do," Wolff told RacingNews365.com and other select members of the press. "I am always a sceptical person, half-empty glass, but I am seeing the positives," he said.

"We have 13-14 races to go. We are one retirement away from Red Bull, no more, and we have lost more points than we should have lost to our own mistakes.

"Clearly in Austria the last two races we did not have the performance we must have in order to fight Red Bull and we need to get our act together in every single area and hopefully perform better on the other tracks.

Hamilton suffered floor damage at the final corner at the Red Bull Ring which caused his sudden loss of pace. It cost Hamilton a further six points and he was unable to take the fastest lap of the race from Verstappen.

Mercedes have not won an event since the Spanish GP at the beginning of May, their longest streak of failing to win an F1 race in the turbo-hybrid era.

"Losing 13 or 14 points is not great but this is still the long game," said Wolff. "It is against the odds for us now, and that's clear because they have a performance advantage and you can see that.

"But all these years I have tried to keep our feet on the ground by not being carried away with performance and now I need to do the opposite.

"So we need to see things optimistically rather than pessimistically like we have done in the past."