Winners and losers from the Styrian Grand Prix

The 2021 Styrian Grand Prix was decisive in the Drivers World Championship, as Max Verstappen extended his lead even further over Lewis Hamilton. But who were the winners and losers from round eight of the 2021 F1 World Championship? 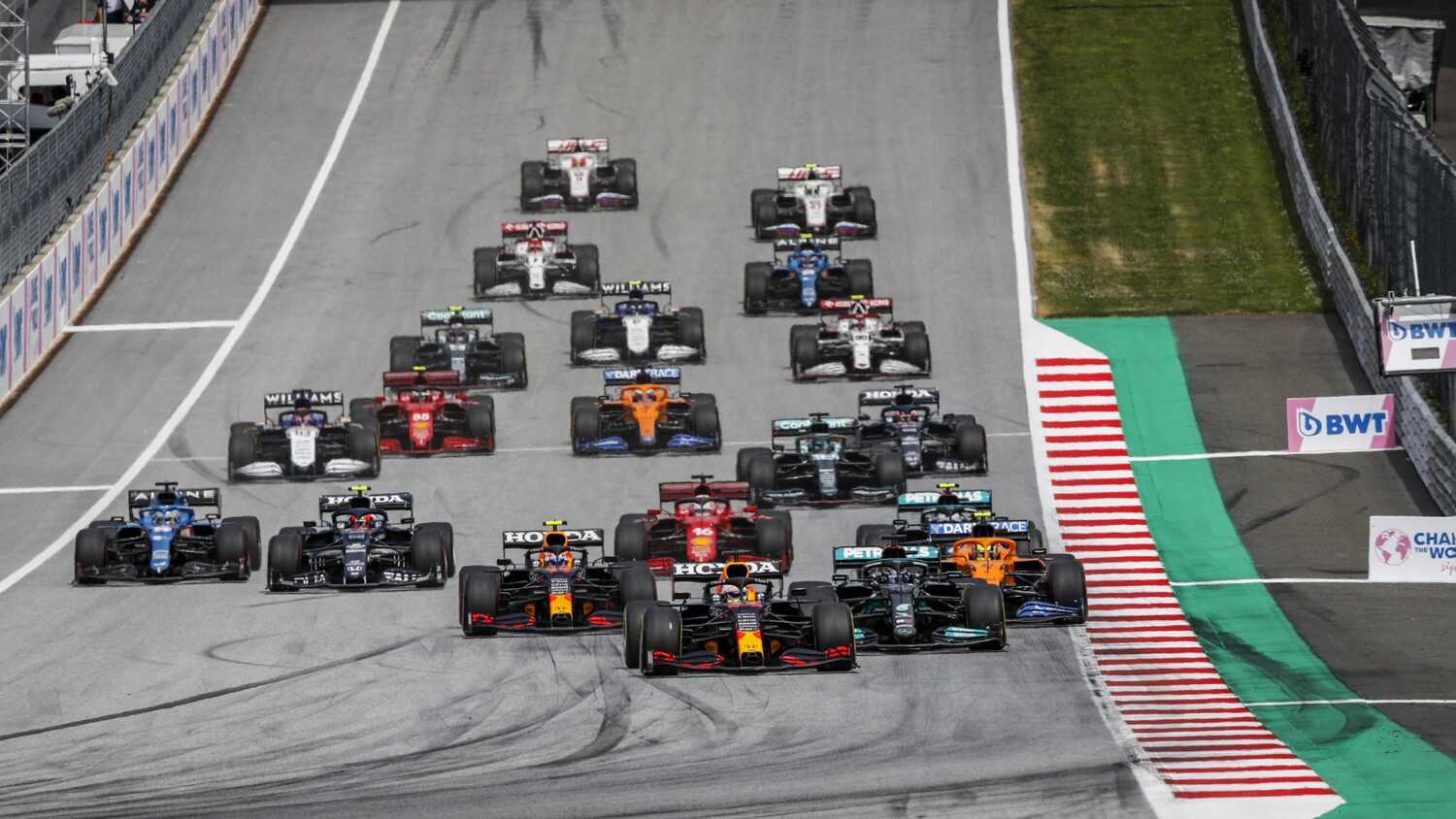 It was a weekend in which Max Verstappen dominated, taking a lights-to-flag win after previously sealing pole position.

It was a successful day for some, whilst others will be keen to move on to the second Grand Prix at the Red Bull Ring in as many weeks. RacingNews365.com takes a look at the main winners and losers from Sunday's race in Austria.

The Dutchman was supreme all weekend, barely putting a foot wrong from Friday onwards. He earned pole on Saturday by two-tenths, before getting a perfect start to the race - never to relinquish the lead.

Heading into the midway point of the season, Verstappen looks in top form, having sealed back-to-back pole positions for the first time in his career. He'll take some stopping next weekend back at the same venue.

While it wasn't a perfect weekend for the Austrian team on home turf, they can certainly be pleased with the race win, as well as the dogged effort of Sergio Perez.

A Red Bull 1-2 was surely the ideal outcome, but with Hamilton proving to be too fast in pursuit of Verstappen, a P4 finish was the best available for Perez. The Mexican driver also lost out on 3rd place due to a slow pit-stop - one which allowed Bottas to overtake.

Red Bull had a considerable advantage over title rivals Mercedes on the straights, which bodes well for the team heading into the rest of the season. Can they still be caught?

Ferrari were heading straight for the loser category after a dreadful Saturday, but two supreme recovery drives from Carlos Sainz and Charles Leclerc spared the team's blushes.

The Italian outfit massively underperformed last weekend in France, where their power-limited car was eaten alive by the competition. Therefore, bouncing back this weekend with P6 and P7 finishes can only be viewed as a success, especially with Daniel Ricciardo unable to score any points for championship rivals McLaren.

With a better qualifying performance at next weekend's Austrian Grand Prix, podium finishes may yet be possible.

It was a mixed day for McLaren, as Ricciardo did miss out on the points, which subsequently opened the door for Ferrari to capitalise. Nevertheless, where Danny struggled, Lando did not, ending the Styrian Grand Prix in fifth place.

Norris has been mightily impressive in 2021, already taking a pair of podiums at Monaco and Imola. While fifth isn't quite as eye-catching as those two results, it is arguably just as impressive, as McLaren's pace was slightly lacking compared to some of their immediate rivals.

Norris' qualifying result of third was also exceptional, highlighting once again what a fantastic future this young British driver has.

George Russell may have been forced to retire early from the Styrian Grand Prix, but he certainly will have earned some admirers for what he managed to do before that.

The Williams man qualified in P11 for Sunday's race, missing out on Q3 by just 0.008 seconds. Come race day, he lined-up 10th on the grid after Yuki Tsunoda was handed a penalty, before eventually climbing up to eighth after the first few laps.

He was a comfortable eighth too, holding off the charging Tsunoda with aplomb, while also closing the gap to Fernando Alonso in front. Heartbreakingly, the 23-year-old was once again denied his first haul of points for Williams, after a mechanical issue forced him to retire.

And yet, his exceptional driving prior to that shows exactly why Mercedes are reportedly lining Russell up for a 2022 seat.

It all looked so promising for Williams after the first handful of laps. George Russell was running as high as P8, seemingly closing in on Fernando Alonso in P7. And yet, over the course of the next 10 minutes, it all unravelled.

Russell was forced to retire due to an engine issue, which signalled the third time that the British driver has missed out on vital points for the team after running in the point-scoring positions.

It was a huge opportunity missed for the team, as the two Williams cars had good pace all weekend. While Russell's performance adds to his growing cache within F1, it does very little for Williams, who still haven't scored a point since 2019.

Mercedes will be scratching their heads in the aftermath of the Styrian Grand Prix, wondering what on earth they can do to stop a rampant Red Bull team.

The reigning Constructor World Champions have already announced that they won't be developing their 2021 car anymore, as the focus very much shifts to next year's regulations. Simply put, this means that the team are stuck with the car they have now for the remainder of the season, which isn't great news given that it is currently inferior to Red Bull's package.

The Mercedes looked significantly slower in a straight line than the Red Bull in Austria, which will raise questions over the manufacturer's power unit in comparison to the new honda PU. This weekend felt like a significant turning point for the team, as Mercedes truly are the underdogs heading into the rest of the 2021 season.

Alpha Tauri enjoyed a terrific qualifying session on Saturday, with Pierre Gasly earning P6 on the grid, while Yuki Tsunoda wasn't too far behind in P8.

However, it didn't take long for reality to bite back - and bite it did. Gasly had contact with four different cars on the first lap alone, which eventually forced him to retire from the race with suspension damage. Tsunoda meanwhile did score a point, coming home in 10th place.

Although the Japanese driver did a decent job in the end, this weekend will feel like an opportunity missed for Franz Tost and the entire Alpha Tauri team - as it could have been so much more.