Wolff remains hopeful for Mercedes despite 'losing performance' since practice

Mercedes' Toto Wolff believes all hope isn't lost for his two drivers, despite Red Bull's apparent pace advantage at the Circuit of the Americas. 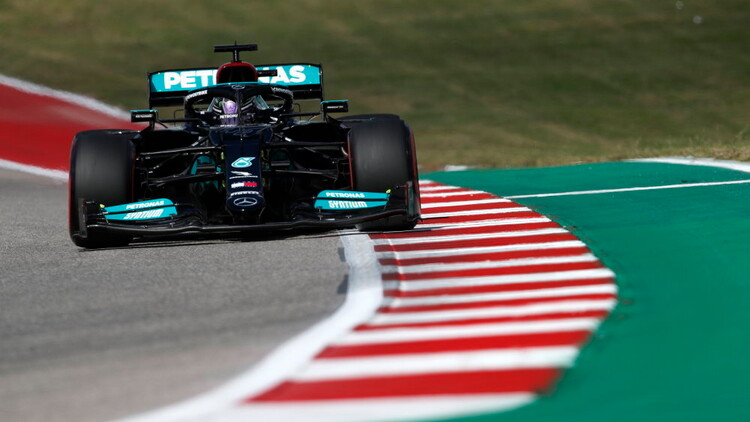 Mercedes' Toto Wolff believes that Sunday could be a very different story for his drivers in the United States, after Lewis Hamilton missed out on pole position and almost wound up behind both Red Bull drivers in qualifying.

While Hamilton put in a lap good enough to snatch provisional pole on his final Q3 run, the two Red Bulls did appear to have a slight upper hand in terms of single lap pace. This was borne out on Max Verstappen's last lap, as he crossed the line to take the position away from Hamilton by 0.2 seconds.

Having briefly been on provisional pole himself, Sergio Perez narrowly missed out on making it an all Red Bull front row, but will add to Hamilton's concerns at the start as Valtteri Bottas will start from ninth after an engine change grid penalty.

It was all a far cry from Friday morning's first practice session, where Mercedes dominated with lap times almost a full second clear of everyone else.

Wolff admitted that Mercedes appear to have lost their way over the course of the weekend and said they haven't quite figured out where things have gone awry.

"Well, not yet," he told media, including RacingNews365.com on Saturday evening.

"We have lost performance from Friday to qualifying, clearly. Relative performance. If you would know at that stage... we don't know yet where that is and we haven't got the right explanations yet but, clearly, we haven't met our expectations."

But Wolff isn't giving up just yet, saying the way races have unfolded this year prove that qualifying performances aren't always a true indicator of the pecking order.

"If you look at the pure performance picture, both Red Bulls look very strong and probably, on paper, the cars that are ahead," he said.

"But we've seen many Sundays that took a very different direction because of the start scenario, of DNFs, and that's why anything goes tomorrow.

"You can't really say the qualifying result is the result at the end of the race. Thank God it's not the case, and there is ground we can still conquer tomorrow. And hopefully get Valtteri back to the sharp end of the grid!"