Why are Hamilton and other F1 drivers boycotting social media

Sports bodies began a boycott of social media on Friday in an attempt to stop online abuse. Several F1 personalities have joined in, including Lewis Hamilton. 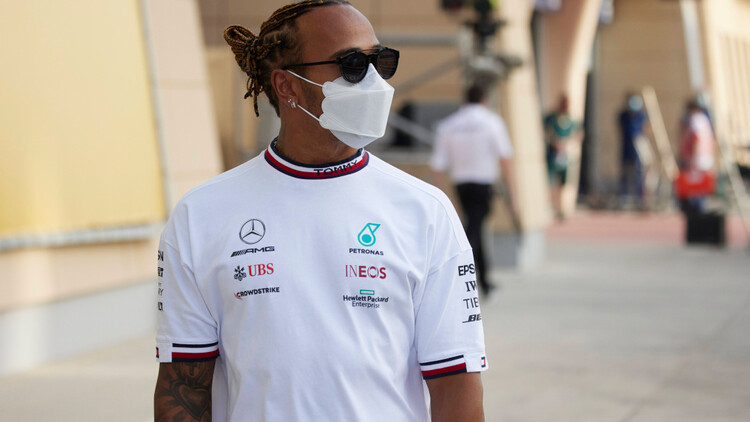 Lewis Hamilton and several other F1 drivers have backed the social media boycott taking place this weekend across English sport aimed at putting pressure on online platforms to tackle racism, abuse and discrimination.

The football-led campaign has gathered momentum, spreading from clubs and leagues to national and international bodies in tennis, cricket, rugby and cycling.

The boycott is set to take place from 3pm BST on Friday until 11:59pm BST on Monday.

What is the reason behind the boycott?

Some of the measures include a requirement that a warning appear if a user writes an abusive message, along with asking users to be asked to enter personal data should they wish to send their message. Companies will also be asked to ensure there are real-life consequences for these actions.

They also want social media companies to submit quarterly reports detailing what steps they have taken to tackle the problem.

Many of the organisations, groups and individuals taking part in the boycott have posted a message at 9am BST time on Friday saying: "Social media companies must do more to #StopOnlineAbuse. Join us and switch off too, as we collectively demand change.”

A follow-up message at 2:55pm BST followed which detailed the reasons behind the boycott and the changes that need to be made.

“We want to demonstrate our collective anger at the constant abuse on social media received by footballers and people in the game, as well as others across the world, which goes without any real-world consequences for perpetrators," the message read.

“We know that a boycott alone will not eradicate the scourge of online discriminatory abuse, which is why we will continue to take proactive steps to call for change. We will not stop challenging social media companies until we see enough progress.”

There have been a growing number of instances of racial abuse towards footballers via social media in recent times.

Tottenham forward Heung-Min Son was on the receiving end of racial abuse following Spurs' 3-1 defeat to Manchester United earlier in April. An Edinson Cavani goal was ruled out in the 33rd minute after Scott McTominay was adjudged to have fouled the Korean.

As a result some users directed abhorrent messages at the Tottenham star, prompting the club to issue a statement.

Brentford striker Ivan Toney has been sent racial abuse on two occasions over the past few months, the most recent coming after a goalless draw against Birmingham on April 6.

A user sent the striker a private message on Instagram that included the word monkey, along with a number of monkey and banana emojis.

Liverpool duo Trent Alexander-Arnold and Naby Keita were both sent monkey emojis earlier in April, prompting Merseyside Police to launch an investigation into the matter.

"We take all reports of hate crime extremely seriously and detectives are currently investigating the matter in conjunction with Liverpool Football Club," a police spokesman stated.

"I want to reassure the public that we will continue to work closely with partners to ensure that those responsible for incidents of hate crime are dealt with robustly and brought to justice. I would also like to remind social media users that any offences committed online, including malicious communications and any inappropriate behaviour, can be investigated."

Hamilton no stranger to racial abuse

Hamilton is no stranger to being racially abused, sharing instances from his childhood when he was treated poorly.

"For the kids out there who dream the impossible, do not give up on that dream because I am living proof that you can manifest your dreams and even the impossible ones," Hamilton told BBC News.

"I remember as a kid adults, teachers, parents of other drivers telling me that I would not make it and 'you're not going to make it, go back to your country'.

"All these horrible things and I remember thinking I'm going to prove you wrong. The message is for all the kids out there who feel they don't have a voice and might be dreaming of something or want to dream big."

It also isn't the first time Hamilton has stood in solidarity with the world of football. The Mercedes star condemned racist abuse several England players were forced to endure during a Euro 2020 qualifier against Montenegro back in March 2019.