Who got the Belgian GP fastest lap? Marko believes it should be Verstappen...

The strange method for determining the finishing order for the Belgian GP suggests that Max Verstappen, not Nikita Mazepin, should have been given the fastest lap... 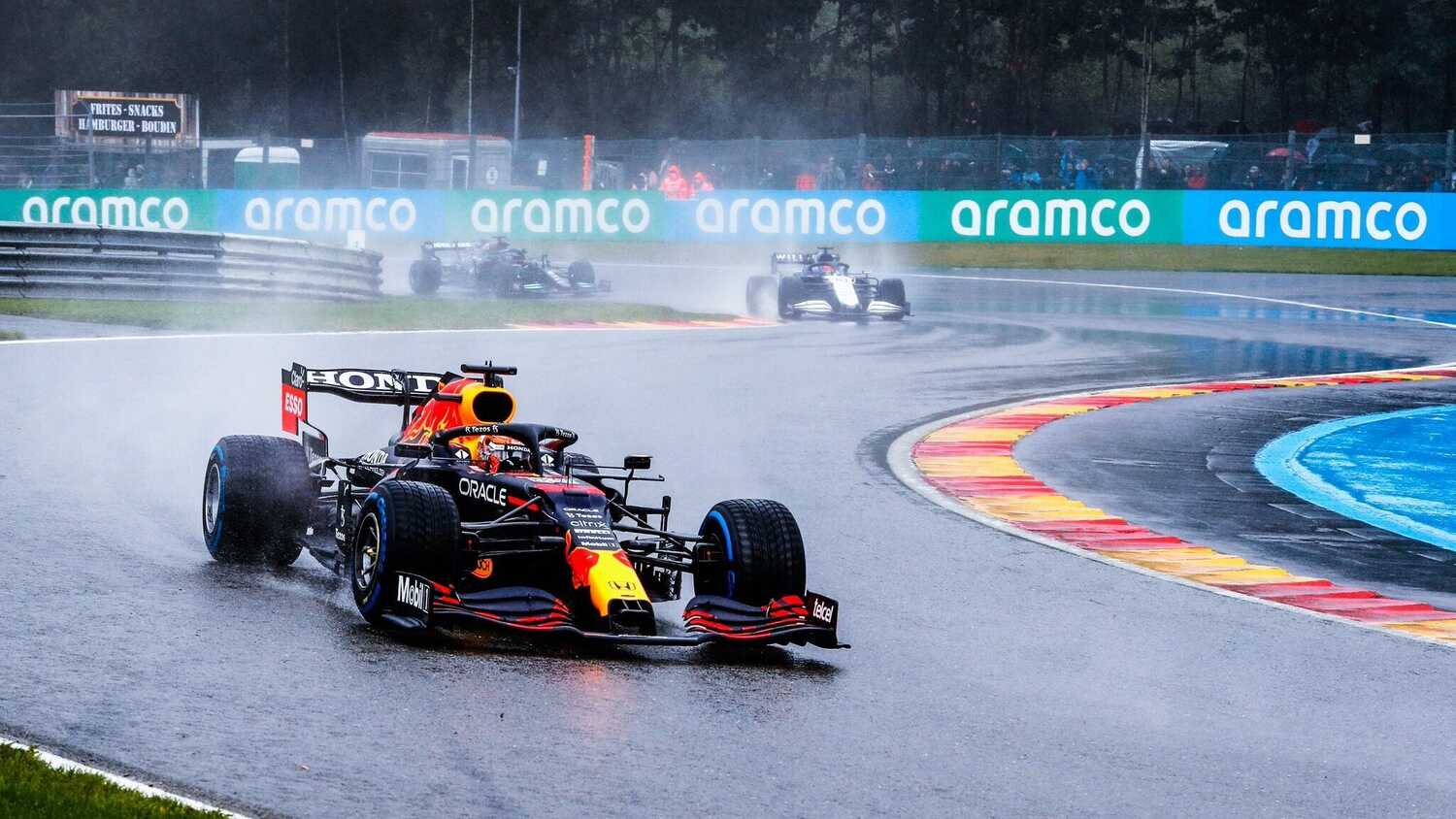 While Nikita Mazepin was granted the 'fastest lap' for the Belgian GP, having 'gone quickest' on his second lap behind the Safety Car when the drivers headed out on track for a second time, Red Bull believe that it should have been Max Verstappen.

This is because the official race classification was taken from the end of the first lap behind the Safety Car, i.e. after Lap 1, which would rule out Mazepin's lap for inclusion.

While the rules state that two laps are required for a classification and, thus, half points being awarded, this requirement was met by Verstappen crossing the control line on three occasions at the end of the 'race'.

Despite Mazepin finishing with the fastest lap, the Russian is ineligible for being rewarded for it as he was outside the top 10 at the time, but this situation doesn't apply to Verstappen.

As the leader, Verstappen's 3:27.071 is the quickest of the laps set by all the drivers during the lap that is being used to determine the classification.

"We'll check that, we'd like to have half the point," Dr. Helmut Marko told Motorsport-Magazin on Monday after the race, suggesting that the team may explore the possibility of whether they can add to the 12.5 points awarded to Verstappen at the end of the race.

The blurred line regarding the fastest lap is that a lap is required to be considered as 'valid'. For instance, a driver exceeding track limits during a fastest lap will have that lap discounted for the purposes of lap time.

With Verstappen's time set from the exit of the pit lane (and not the start/finish line), his lap was just 6.88 kilometres long as opposed to the full 7.004 kilometre length of the Spa track, raising the question of whether Verstappen's lap would be regarded as 'valid' in the first place.