It has been 25 years since one of the most eventful and surprising races in Formula 1 history happened at Monaco, featuring numerous crashes, only three finishers and a shock winner. 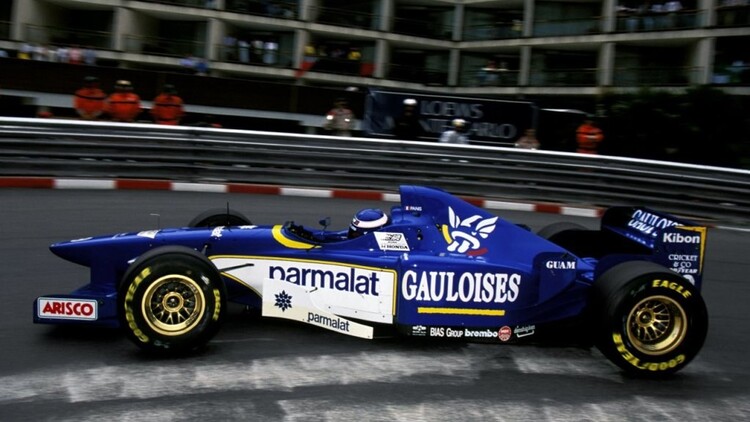 Monaco has been the host of some eventful races in its many years on the Formula 1 calendar. But it was 25 years ago, back in 1996, that the principality was the venue for perhaps the craziest Grand Prix ever, an afternoon that saw records being broken, big names crashing and a very unexpected winner take their first and only victory.

There was a hint at the chaotic event to come when rain hit on the morning of the race on 19 May 1996. Yet, with the reigning world champion Michael Schumacher - known for his skill in wet weather conditions - on pole position, it seems unlikely that anybody would have bet on a winner emerging from further down the grid. After all, nobody had ever won at Monte Carlo from a starting position lower than eighth.

For some reason, though, Olivier Panis had a good feeling ahead of the Grand Prix, even though he would line up in 14th place on a grid of 22 and in the not-exactly-spectacular Ligier car.

"I said to my wife, 'I’ll finish on the podium today’," Panis told Formula1.com about that day. "She said: 'Yeah, yeah. I think you’re crazy, you’re starting 14th in Monaco!'

"I said: 'Yeah, but it’s raining, and you never know what is going to happen! I believed in it. I just convinced myself it was possible.'"

To the surprise of perhaps everyone other than Panis, this prediction turned out to be true. The Frenchman showed early promise in the rain when he went fastest in the morning warm-up.

Whilst it was no longer raining by the time that the race got underway, the track was still wet and this soon led to some chaotic scenes. Several drivers were out on the first lap due to incidents, including Jos Verstappen, Giancarlo Fisichella and Rubens Barrichello. 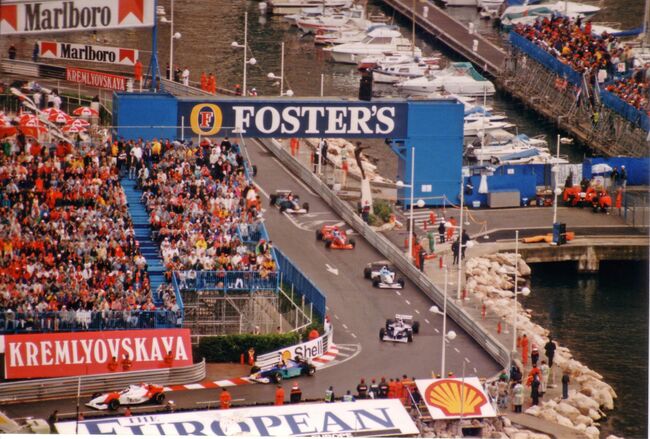 The biggest casualty was Schumacher, who slid into the barriers. Several more retirements followed, be it through accidents or mechanical failures. Damon Hill - who had started on the front row alongside Schumacher - was forced to bow out of the race on lap 40 due to an engine issue.

Throughout all of this, Panis was slowly working his way through the field, and by the time of Hill's retirement from the lead he had reached fourth place following an impressive overtake on Eddie Irvine in the Ferrari. The Ligier team had also worked things perfectly with strategy; when Hill had pitted earlier in the race on lap 28, Panis's squad took note of the Briton's quickening lap times and decided to pit soon after.

This had helped to elevate him through the pack. Jean Alesi took the lead after Hill's exit, but hit trouble with his suspension and retired on lap 60. This put Panis in the lead with just a few cars remaining in the race.

David Coulthard in the McLaren was chasing him down, and the final laps proved to be incredibly tense for Panis. The Ligier team feared that, with 10 laps remaining, the car could run out of fuel before the finish. Panis refused to pit, knowing that the win would be lost if he did so, and instead asked his engineer to tell him the time he needed to do on each lap with the fuel that was left.

"I know David Coulthard was chasing me but when he got close, I pushed a bit more to show him there was no way he was passing me," Panis said. "I said to Flavio [Briatore] and the guys, 'if I’ve made a mistake [by not pitting], I’ll take the responsibility to say I’m stupid. But if we do that we lose. We need to try and win.’"

Panis's call paid off. The Frenchman held on to win the race - just.

"I stopped the car in front of the podium, and the car never started again, because there was no more fuel! When it’s your day, it’s your day." 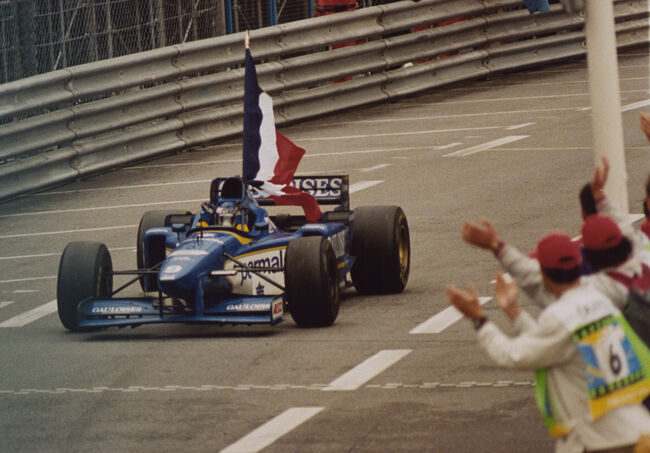 Incredibly, only Panis, Coulthard and third-placed Johnny Herbert completed the race, which did not run to full-distance as the two-hour time limit came into effect.

The 1996 Monaco Grand Prix was Panis's only win in his Formula 1 career, and remained the last time that a Frenchman had won a race until Pierre Gasly took his perhaps equally unexpected debut victory at the 2020 Italian Grand Prix. The event set the record for the fewest finishers in a Grand Prix and remains one of the most memorable - and chaotic - races in F1 history.

Panis did not have such luck afterwards. In 1997 the Frenchman broke his legs in a big crash at the Canadian Grand Prix, and was forced to miss several further races as a result. He returned later in the year and went on to compete in F1 for several more years, with 2004 marking his final season.

Despite never matching the success of that afternoon in Monaco, Panis remains proud of what he achieved: "It was a completely crazy race and one that I will never, ever, forget."