Vettel: It was a hairy situation with Gasly 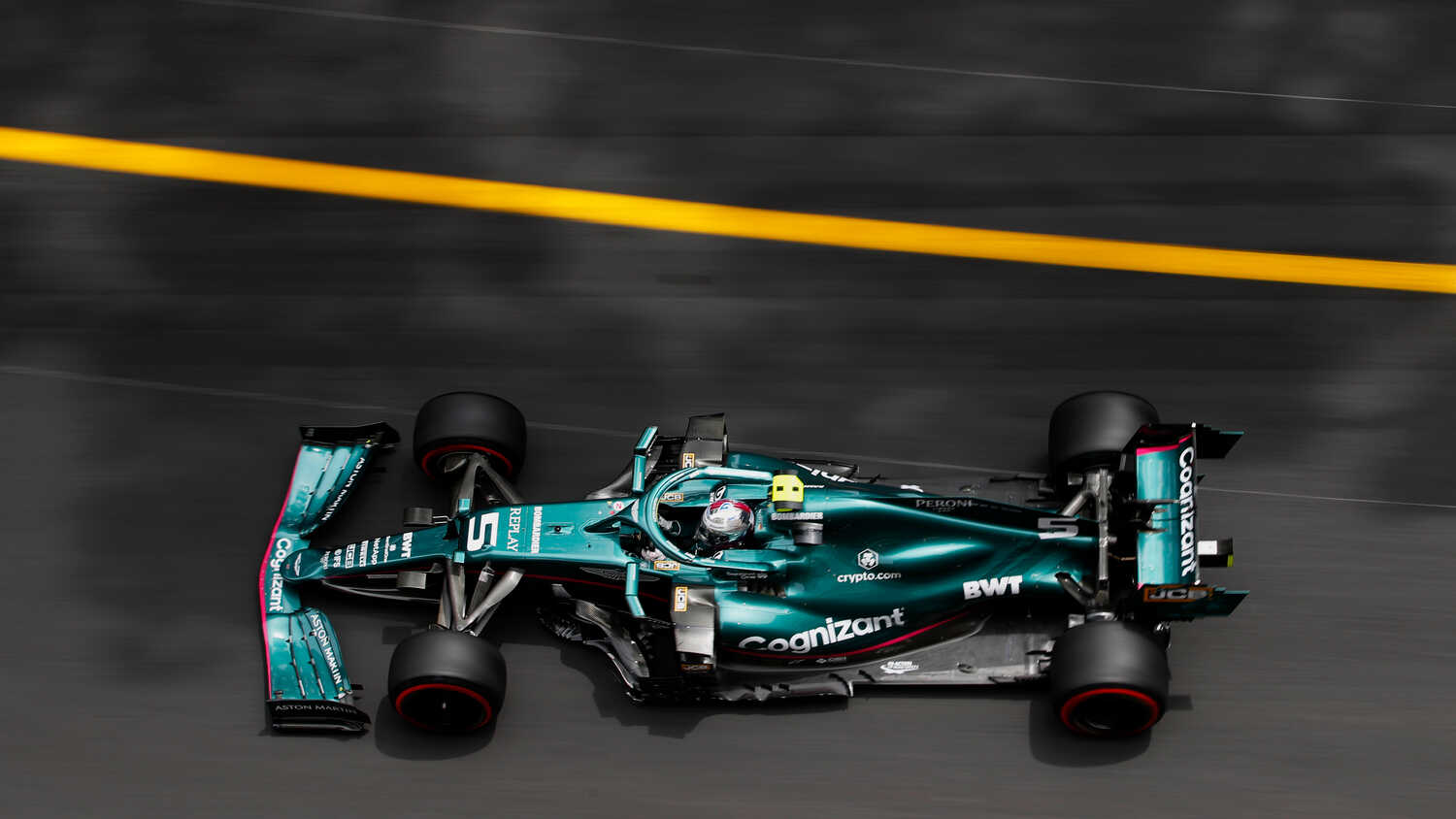 Quadruple Formula 1 world champion Sebastian Vettel describes what was going through his mind as he battled Pierre Gasly for fifth place at the 2021 Monaco Grand Prix.

With Vettel enjoying the best race of his season so far, the Aston Martin team were able to capitalise on a shrewd pit stop call that ultimately afforded the former world champion to leapfrog both Lewis Hamilton and Pierre Gasly. Vettel however had to battle Gasly for the position exiting the pitlane side by side with the Frenchman before ultimately prevailing.

"Pierre was right next to me," Vettel told Sky Germany.

"It's incredibly difficult, you can't see that much at the moment. He was a little in the blind spot, I knew that he is there. I spoke to him briefly and it was a hairy situation. He doesn't know if I'll see him and give him space. I gave him that, but in the end, it was probably too tight for him."

Vettel also explained why his own pace had improved significantly after struggling in the first four Grand Prix.

"We had a very small update, that won't have hurt," Vettel explained.

"In the end, however, when you drive out and have a good feeling straight away, you can build on it I was one of the fastest in the first practice session and the good feeling that built up stayed with me throughout the weekend."

The German however was cautious about more updates finding their way on to the AMR21 with the 2022 regulation changes looming over the entire grid.

"This is a difficult situation this year because the focus is on next year and the cars will look very different there," Vettel said.

"Therefore, everything we develop this year will be on Thrown in the bin at the end of the year. It's difficult and we're all in the same boat. There will be another small boost and then we hope that we can take a small step in midfield."