Verstappen wary of Mercedes fightback: The race is a different story

Red Bull's Max Verstappen has said he expects the United States Grand Prix to be too close to call, as he's wary of Mercedes' race pace. 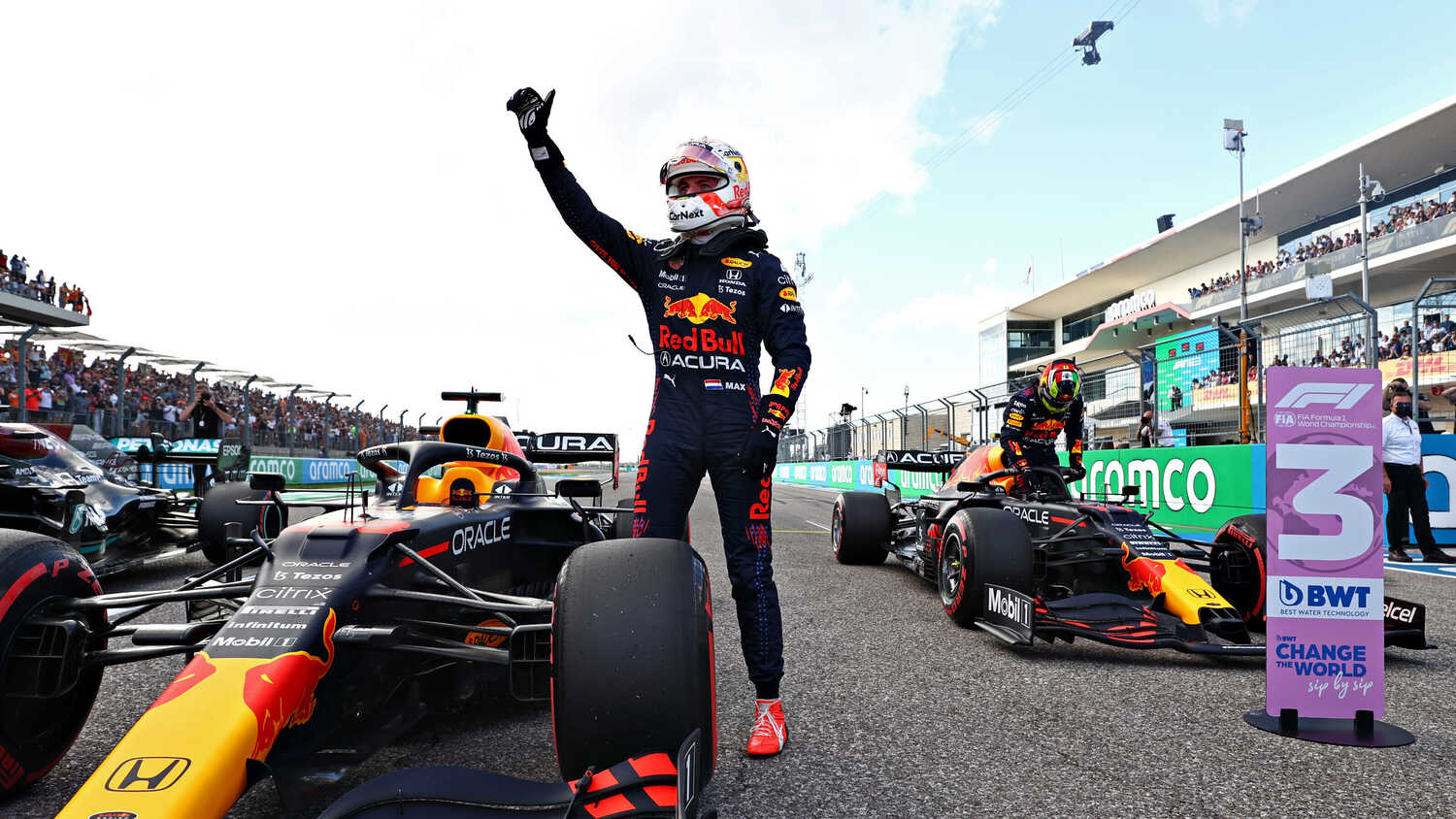 Max Verstappen has said that he was somewhat surprised to take pole position for the United States Grand Prix, having clinched top spot by more than two tenths of a second over Lewis Hamilton.

Given that Mercedes started the weekend in dominant fashion and appear to have had the upper hand in terms of outright pace recently, Verstappen said that the pendulum swing between the teams has meant that it's not easy to predict who will come out on top.

"Maybe a tiny bit of a surprise, but you can clearly see it has been swinging a bit throughout the whole season," Verstappen told the media, including RacingNews365.com, after claiming pole.

"Luckily it's still doing that and yeah... we'll see. I'm of course happy with the performance we've had today, let's find out tomorrow in the race – again, it's a different story.

"Then we'll move on to the next race and that again can be a different story, because you can maybe look like favourites going into the weekend, but you still need to pay attention to every single detail, to try and make it work.

"It's so closely matched that if you maybe miss one tiny detail, or you just can't bring it together for whatever reason, you miss out, and that's what happened for us, for example, in Turkey."

Having had a less than ideal Friday, with Mercedes dominating first practice and Verstappen then missing out on a fast tyre lap due to traffic in second practice, the Dutchman said the overall feeling in the car meant it was easy to shake off the nerves heading into qualifying.

"My lap time got cancelled in FP3 but I had a good feeling in the car," he commented.

"Then, in qualifying, I wasn't entirely happy and we were just chasing maybe a bit of balance, just for myself. Like normally I always feel very comfortable in the car, and I easily get up to speed, but it just seems on this track, this weekend, it has been a bit more difficult.

"But it can't be smooth all the time, right? That also makes it challenging and fun, because otherwise it gets boring, if it's always too easy.

"I think as a team we worked very well together. They also, of course, tried to help me out to try and improve and, at the end, to put it together in Q3 is of course what you want. It's not always what you get, but it worked out this weekend."