Red Bull's Max Verstappen was breathless after having to come from behind to take victory away from Mercedes after an aggressive two stop strategy. 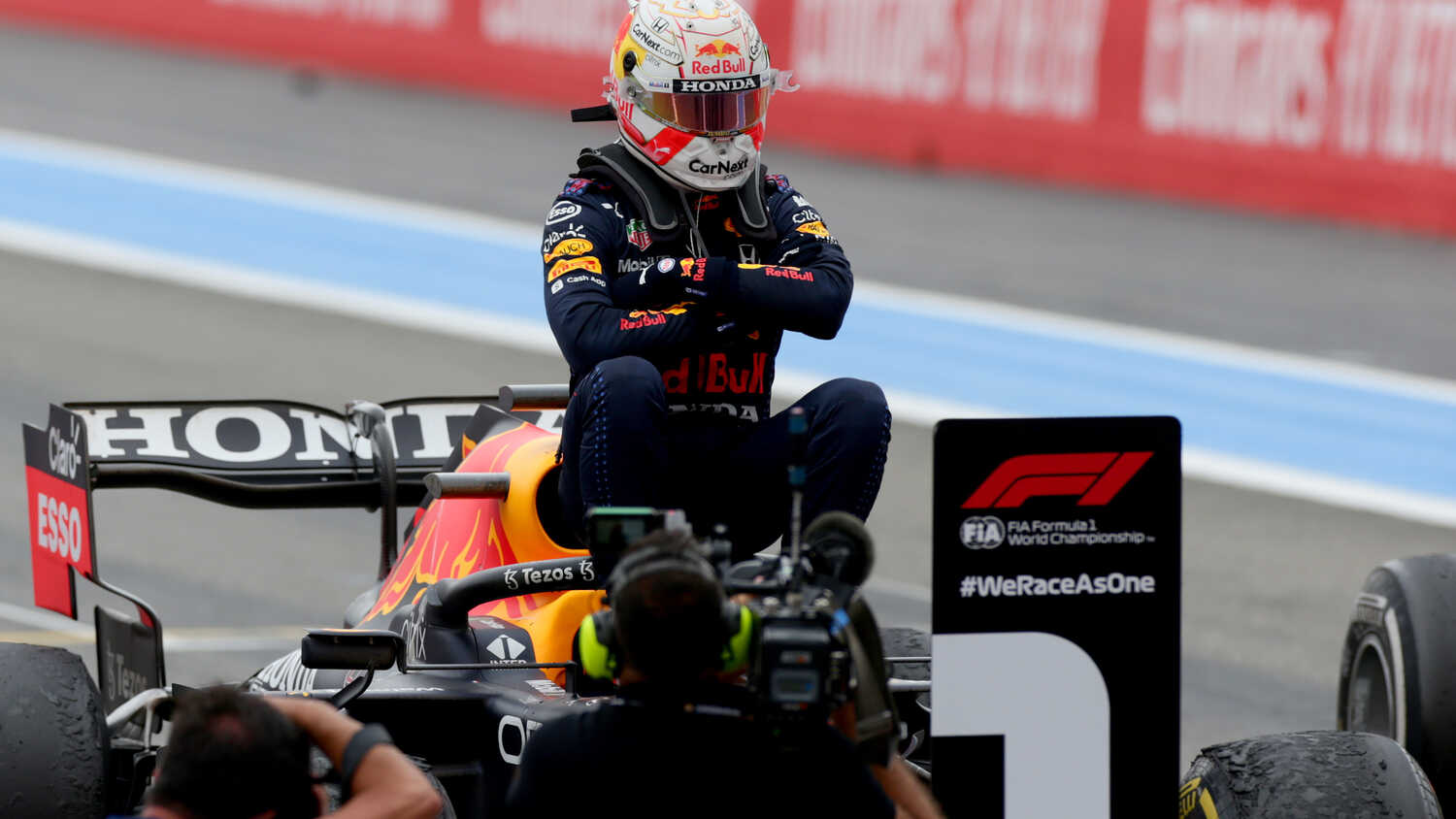 Red Bull's Max Verstappen was elated after snatching victory away from Mercedes and Lewis Hamilton after employing an aggressive two stop strategy.

Despite leading at the mid point of the race, Red Bull opted to go aggressive with Verstappen and ceded track position to put the Dutch driver on a two stop and another fresh set of medium tyres. Hunting down the one stopping Mercedes drivers, Verstappen was able to pick them off and passed Hamilton on the penultimate lap.

"Towards the end, yes!" laughed Verstappen, when asked if he'd enjoyed the battle.

"The beginning, it was super difficult out there with the wind. So one lap, it was okay balance and then the next lap we were sliding everywhere so really difficult to keep the car stable and I think once we made the first pit stop that you could clearly see on the hard tyres they were pushing me hard from behind.

"But then when we made the call to do a two stop, luckily the end that paid off that we had to work hard for it, but yeah, of course very rewarding."

But, having bided his time through the final stint as he came back against the two Mercedes drivers, Verstappen explained he did question whether he could make the strategy work.

"It was difficult because there's quite a lot of backmarkers to go through. But luckily they all did well, we could have a good fight to the end.

"As you can see, the whole race we were fighting each other. So I think we'll be like this for the rest of the season."