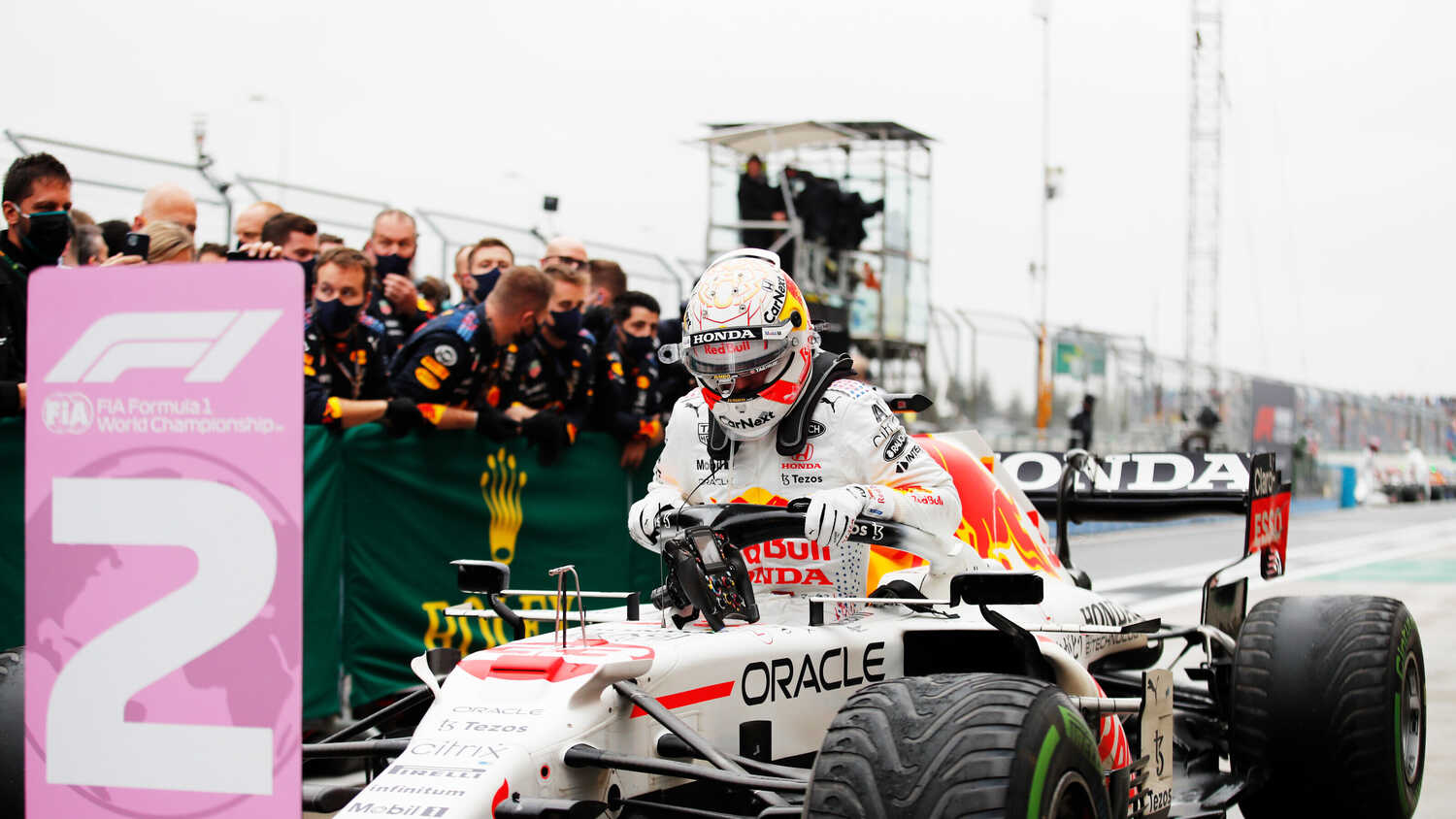 Although Max Verstappen has regained the lead in the Drivers' Championship, the Dutchman is wary of the threat posed by Lewis Hamilton given Mercedes' pace at the Turkish Grand Prix.

Valtteri Bottas took the chequered flag at Istanbul Park, with Verstappen crossing the line second ahead of teammate Sergio Perez. The result was certainly a welcome sight for Red Bull, with Helmut Marko pleased by their "no risk" approach.

As Lewis Hamilton could only cross the line in P5, it means Verstappen now holds a six-point advantage with six races remaining. Despite the positive outcome, Verstappen couldn't help but be worried by the pace Mercedes showed in Turkey.

"They [Mercedes] were definitely quicker this weekend. We just didn't get it together," Verstappen told RacingNews365.com and other members of the media.

"Also in the wet, they seem to have a bit of the edge as well, so we'll have to analyse why we weren't that competitive here.

"I definitely do think they probably stepped it up a bit more, so even with the points lead, it's not going to be easy."

While Red Bull are mindful of Mercedes' straight-line speed, Verstappen isn't deterred in his pursuit for his first World Championship.

"Still, I think I said it before we even started the weekend, so far we've had a really good year, so it's not going to change the world for me if you finish first or second at the end of the day," added Verstappen.

"But I'm always going to give my best and we'll see again in Austin how it's gonna go. We won't give up. We'll always try to do the best we can.

"Hopefully, of course, in the end of the championship, it's gonna be enough. But if it isn't, I mean, I'm not going to sleep less."