Verstappen reacts to Hamilton incident: I don't understand what happened

Max Verstappen has said he didn't understand what was going on when he and Lewis Hamilton had a tussle down the pit straight during second practice in Austin. 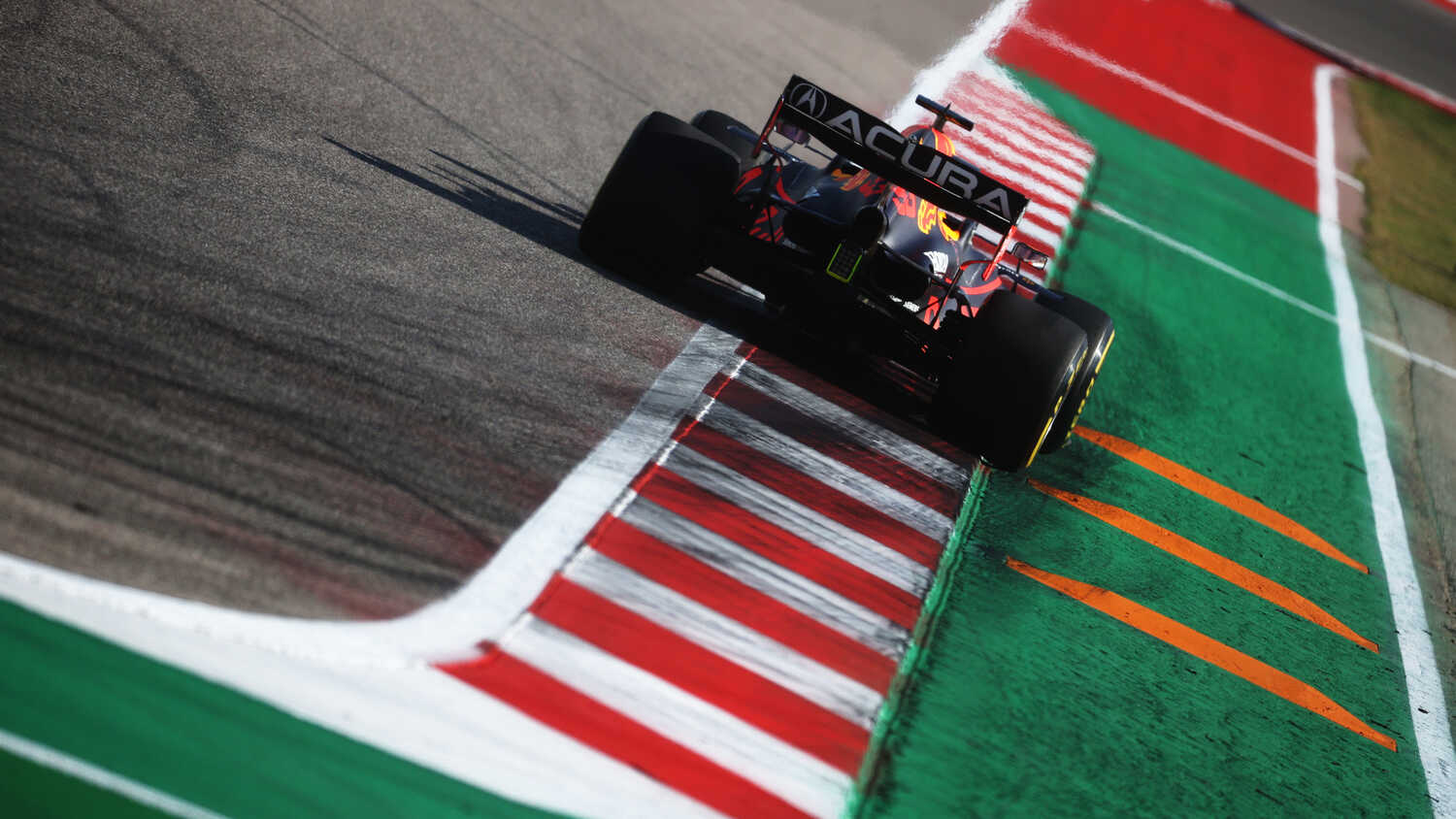 Max Verstappen was left scratching his head by an unnecessary bit of fighting on track with Lewis Hamilton during second practice for the United States Grand Prix.

Verstappen was lining up to start a flying lap when Hamilton attempted to pass him into the final corner. Pushed wide, Verstappen kept his foot down to cross the line side-by-side with Hamilton, but was forced to yield into the first corner as Hamilton had the inside line.

With Verstappen forced to back off, he flipped his middle finger at Hamilton and got on the radio to laugh "stupid idiot" to his team.

"I don't know," Verstappen said after the session when asked about the incident.

"I mean, we're all lining up to go for a lap, so I don't really understand what happened there."

With Verstappen encountering traffic on his attempted Soft tyre lap, he abandoned the effort and returned to the pits to swap to race simulations on the Medium tyre. As a result, he never set a representative lap time and finished the session in eighth place.

"But, overall, it's not easy out there, the track is quite bumpy, and to find the right compromise with the car hasn't been the easiest so far.

"There are a few positive things to look at and we'll continue to work on that also overnight.

"It didn't particularly feel bad on the short run, it was just a mess with the traffic."