Max Verstappen's crash helmet from his British Grand Prix collision with Lewis Hamilton has been put on display in the Netherlands. 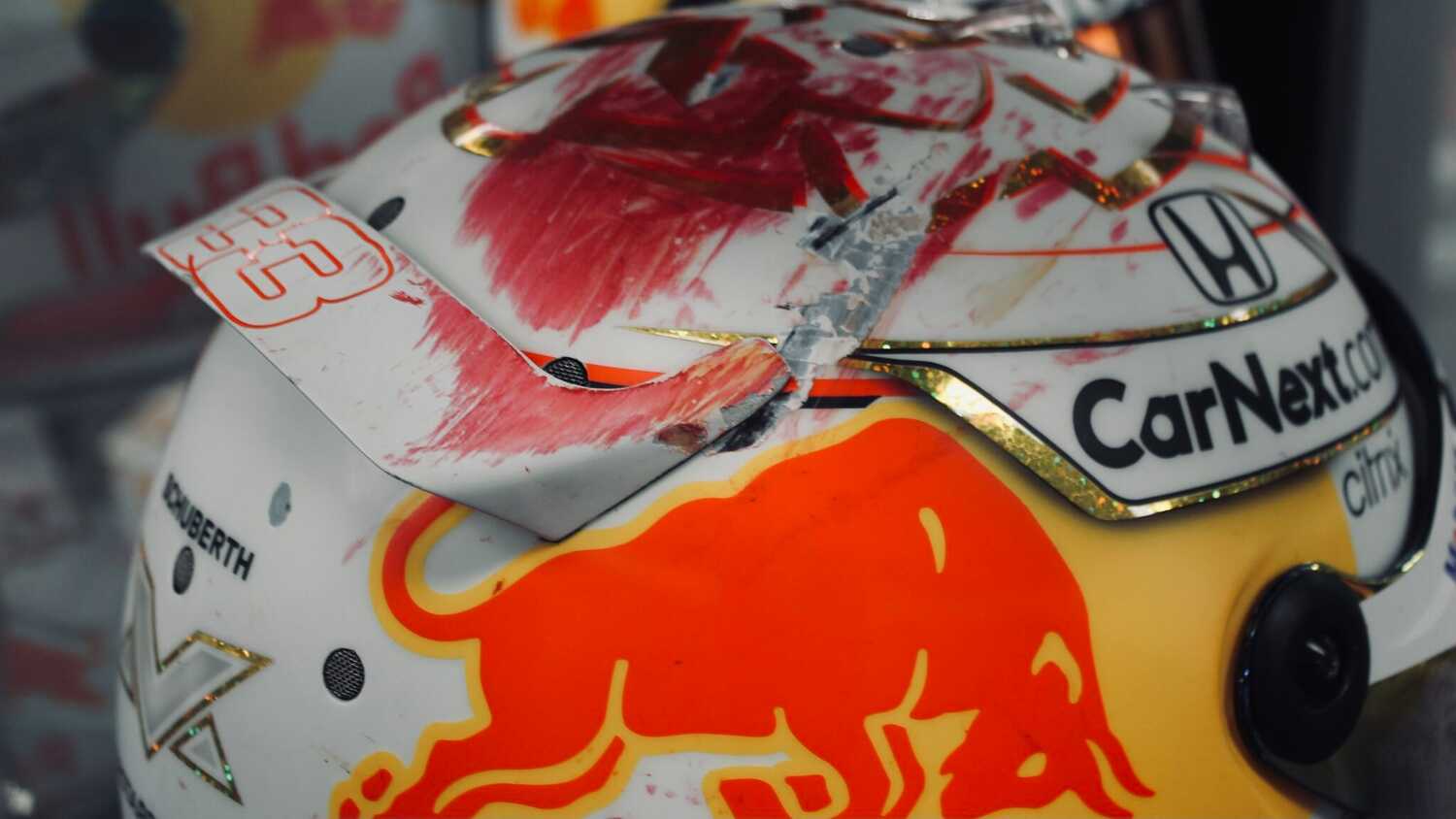 The helmet Max Verstappen was wearing during his terrifying Silverstone crash has been put up on display at the Verstappen Shop in the Netherlands.

Verstappen went through a 51G impact with the tyre barriers at Copse when he and Lewis Hamilton made contact on the opening lap of this year's British Grand Prix.

The helmet clearly took a battering in the impact, with the pictures below revealing the extent of the damage.

Verstappen himself was brought to hospital for precautionary checks after the crash, with Red Bull team boss Christian Horner revealing that they believe he was briefly knocked out by the crash.

Visitors to the Verstappen Shop, in Swalmen, near Roermund, can see the helmet on display during opening hours of 10:00 to 17:00. 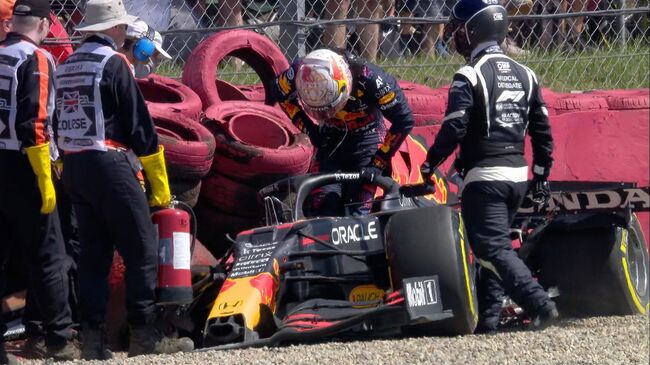 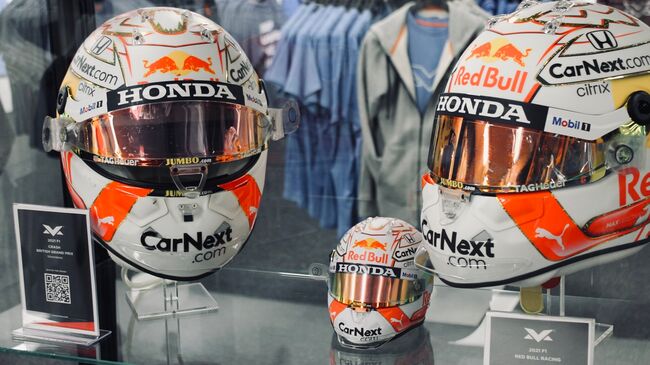 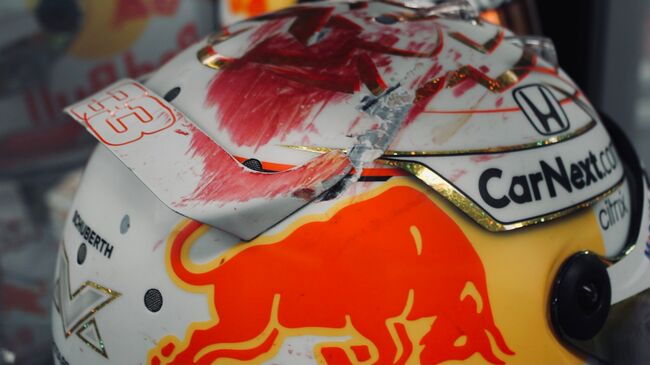 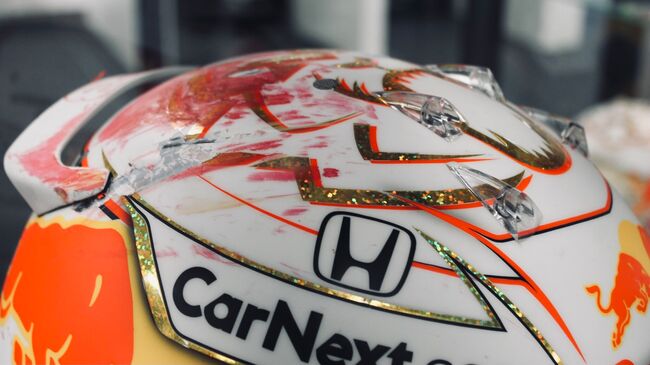