Mercedes' run of nine straight poles at the British GP is over after Max Verstappen took the first F1 Sprint Qualifying event. The Dutchman isn't used to taking pole after a 17 lap race, but he is pleased with the three points that came with it. 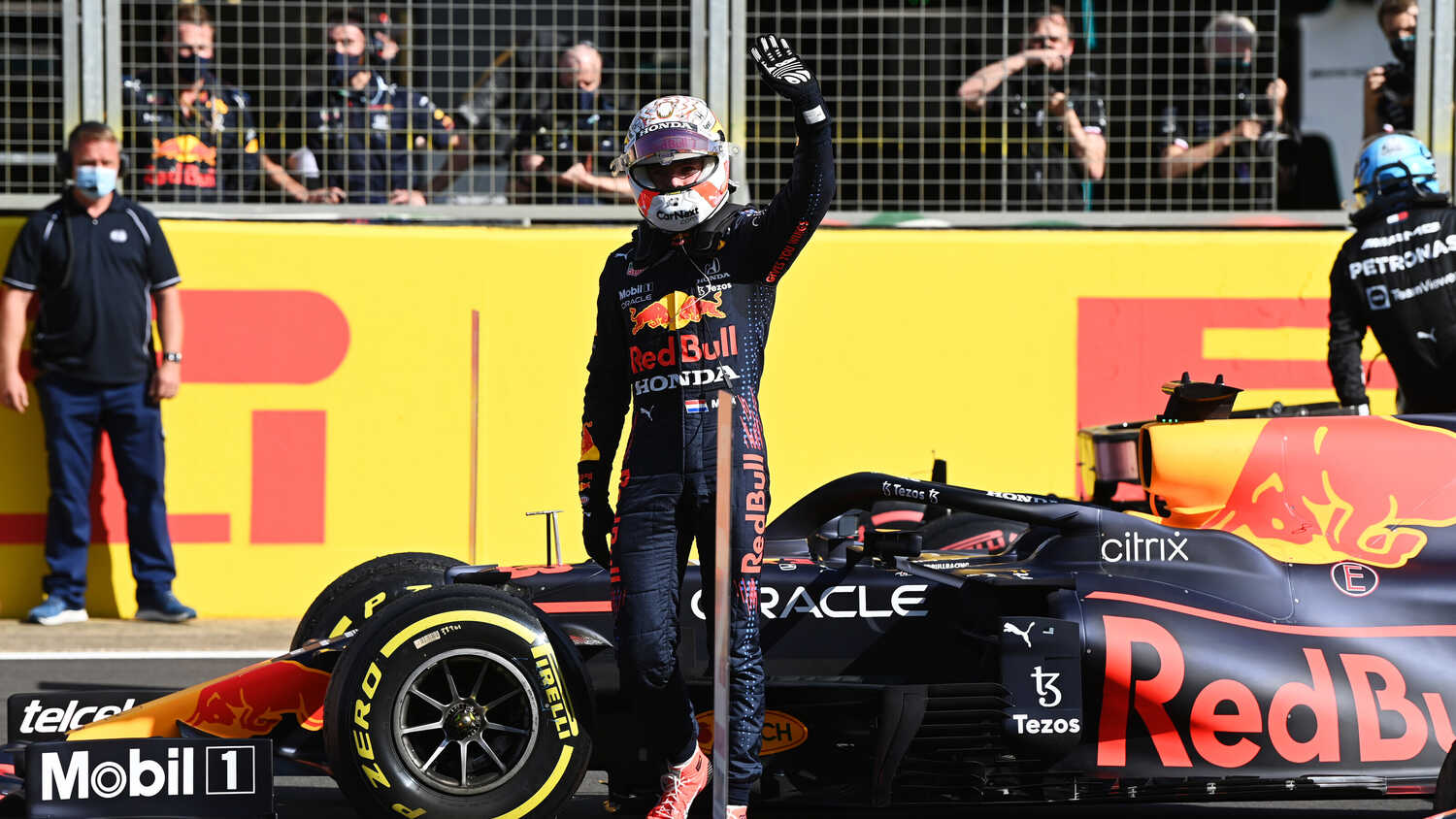 Max Verstappen will start from pole after crossing the line first in Sprint Qualifying for the British GP, with the Dutchman still wrapping his head around the accomplishment.

The result means the Red Bull driver has now claimed the last four pole positions, though his efforts on Saturday come with three points. Verstappen battled it out with Lewis Hamilton on the opening lap but held off his championship rival to take the inaugural event.

"It's difficult to pass [around here] but we had a good start and a good fight with Lewis on the first lap," Verstappen told Sky Sport. "Then we tried to do our own pace but you can see, we were pushing each other hard because at the end of the race the tyres were blistering a lot so we had to manage that to the end.

"I'm happy to of course scored those three points. It sounds a bit funny to hear you scored a pole position but we'll take it and I think it will be a really exciting battle tomorrow."