Red Bull's Max Verstappen is expecting Charles Leclerc's gearbox to have picked up damage, saying the same crash would have destroyed the components on the RB16B. 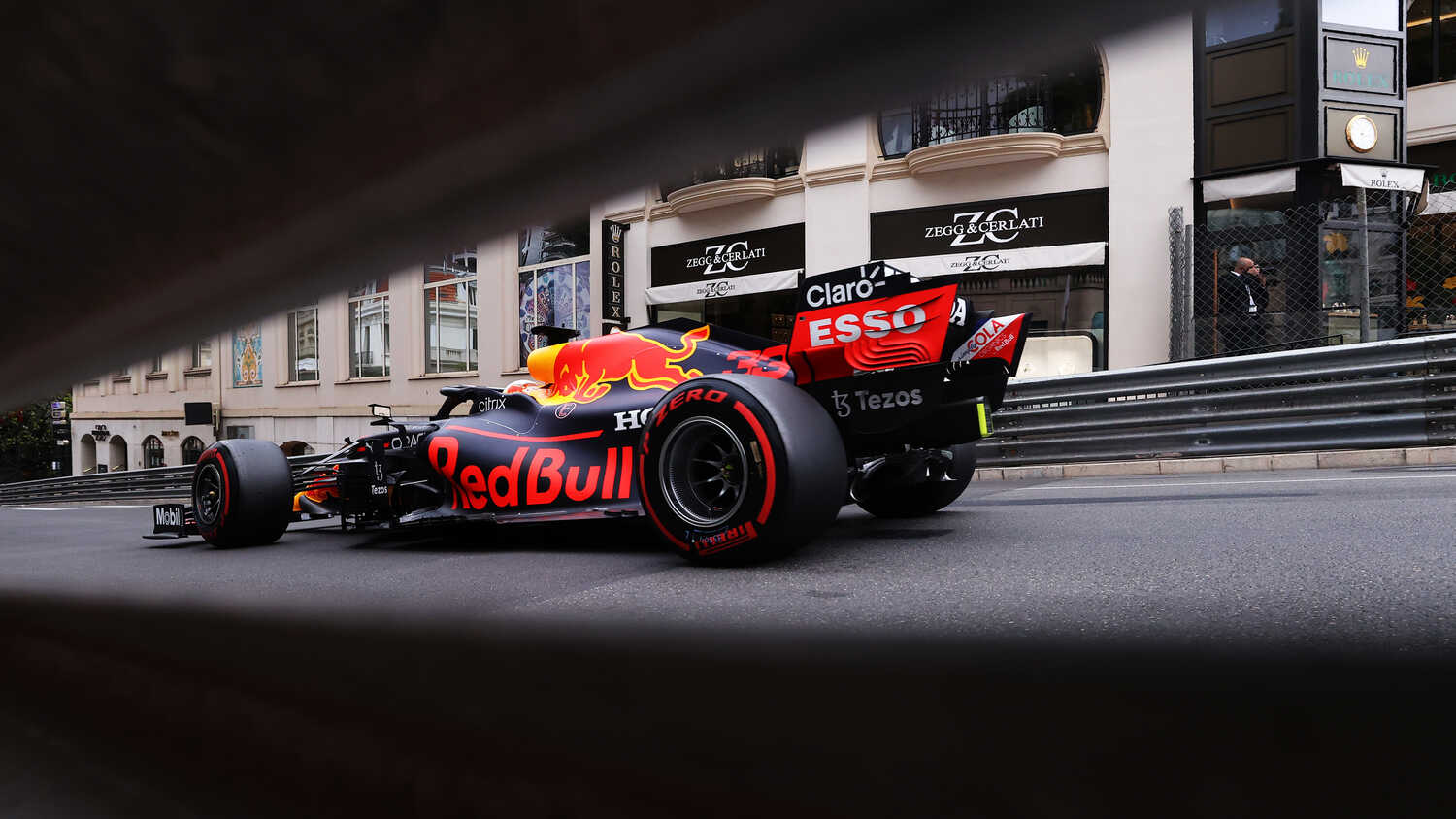 Max Verstappen has said he expects a grid penalty for Charles Leclerc, due to the Ferrari needing a new gearbox after a hefty crash at the end of Q3.

The Dutch driver was beaten by the Monegasque on the first runs in Q3, and wasn't able to put in a final flying lap due to Leclerc crashing in the third sector in the closing minutes.

The red flags prevented any late improvements, meaning Leclerc will start from pole, provided he doesn't pick up a grid penalty. If he needs a fresh gearbox, he will take a five place grid drop.

"Charles's car didn't look very nice. If that had been our car, the gearbox would have been 100% broken. Of course I don't know how that works with the Ferrari, maybe that car is a bit stronger," Verstappen told select members of the media, including RacingNews365.com.

"I only know that if I had done that, then both wheels would have been off our car."

Verstappen had been gearing up for a final flyer at the end of a cooldown lap, and was setting purple sector times at the point he was forced to abandon the lap.

"We had put everything on that last run," he explained.

"With a fast lap, a slow and again a fast run. Then the tyres are just at their best. I already had a good lap straight from the pits, but knew there was still four tenths in it.

“I was already one and a half tenths below my own time when I entered the tunnel and knew that Turns 10 and 11 were not good in my first run. The car didn't turn in then. Now the grip felt completely different, much more grip. When that red flag comes, it was very disappointing.

"We knew this was the best strategy. We were the fastest in Q1, but also Q2 we would have finished fastest if I had not had to abort my last lap. We saw a small puncture in a tyre, so I couldn't drive on.

"All in all, everything is very positive, but I have not really been able to show it. It is always better to start first, but I don't think that we were only the second fastest today. So that is also a bummer. It's also racing that there will be a red flag, Charles is not doing it on purpose."