Verstappen doubts Hamilton's prediction: It won't be an easy race

Max Verstappen is still wary of the threat posed by Mercedes in the Italian Grand Prix, despite the Silver Arrows starting out of position. 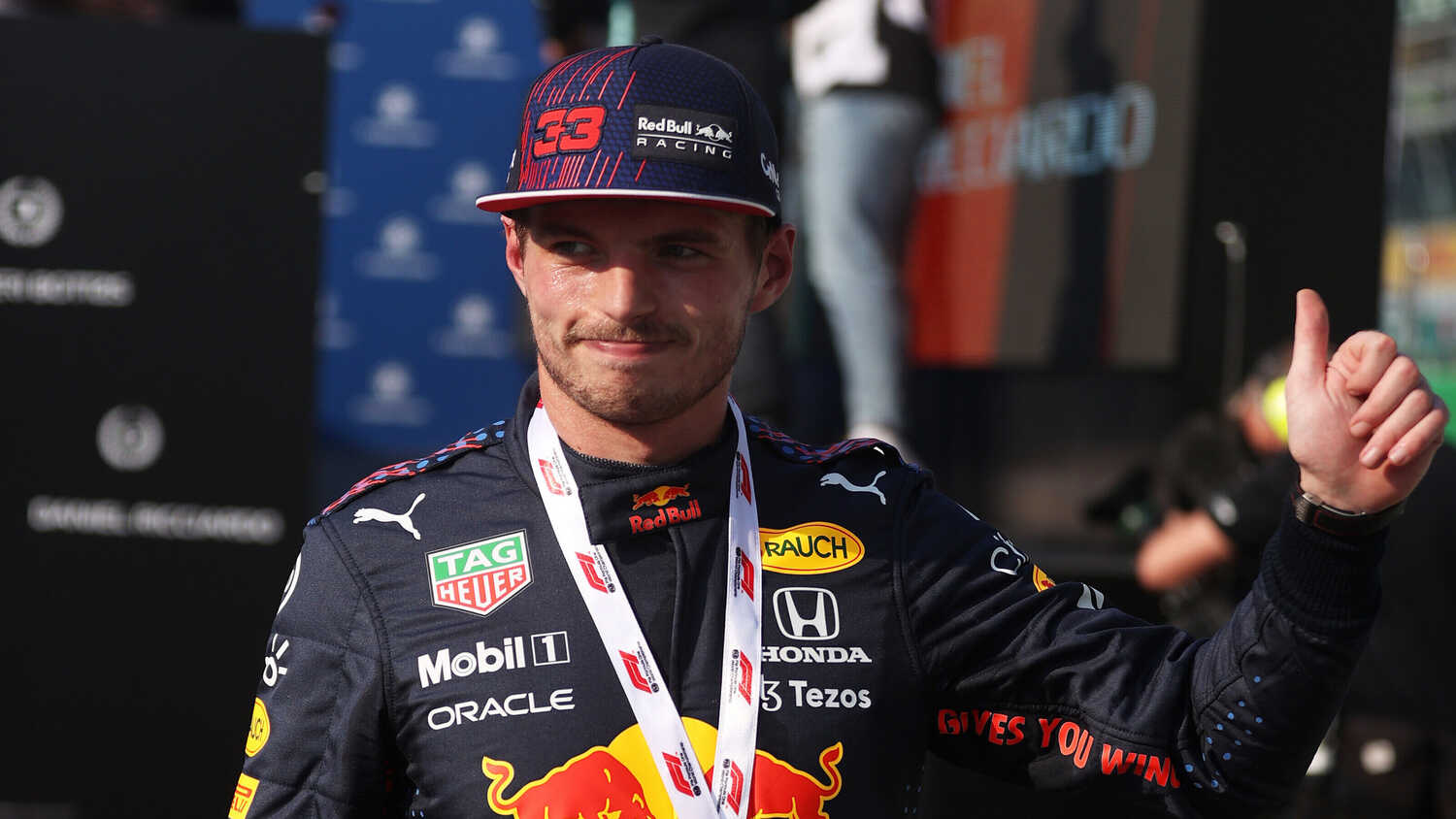 Red Bull driver Max Verstappen is still expecting a strong challenge from Mercedes in the Italian Grand Prix, going against Lewis Hamilton's suggestion that he is set for an "easy win".

Verstappen will start Sunday's main event at Monza from pole position, inheriting the spot from Sprint race winner Valtteri Bottas, who drops to the back of the grid with engine-related grid penalties.

Hamilton could only finish fifth in the Sprint, which will become fourth for the Grand Prix after Bottas' penalties, having dropped behind both Mercedes-powered McLaren drivers due to a poor start.

Despite the Mercedes drivers starting out of position, Verstappen remains wary of the task ahead.

"It was a good day for us. It's two points scored, and we're starting first tomorrow. [But] I don't expect it to be a very straightforward and easy race," Verstappen told media, including RacingNews365.com, after the Sprint.

"Valtteri is coming from the back and Lewis is starting P4 and they have a lot of pace, so we'll see what we can do against them."

Verstappen was happy to settle for second in the Sprint, with the knowledge that he would take pole away from Bottas.

"I never really felt like an overtake was on," he reflected.

"I just tried to keep close, see where we can improve with the package, see how their car runs over the kerbs, the cornering speeds and stuff.

"I also knew that even if I stayed second, I start first tomorrow."

Asked how important pole is at Monza, he said: "If you get cleanly through Turn 1 and Turn, of course, it's very good. It's still quite a decent run to Turn 1, but if you just have a good start it should be enough to defend."

McLaren: The summer break was good for Ricciardo
19 September 2021
0 comments

Schumacher: I thought Vettel was going to retire
18 September 2021
0 comments

Wolff: Strict and clear clauses in place for Albon at Williams
18 September 2021
0 comments

Horner: FIA could have given Hamilton and Verstappen the same penalty
17 September 2021
0 comments

Video
Video: Ricciardo gets emotional as he places trophy next to Senna's
17 September 2021
0 comments