Verstappen brings out red flags as he crashes out of practice

Max Verstappen's weekend has taken a knock, as the Red Bull driver crashed out of final practice in Baku 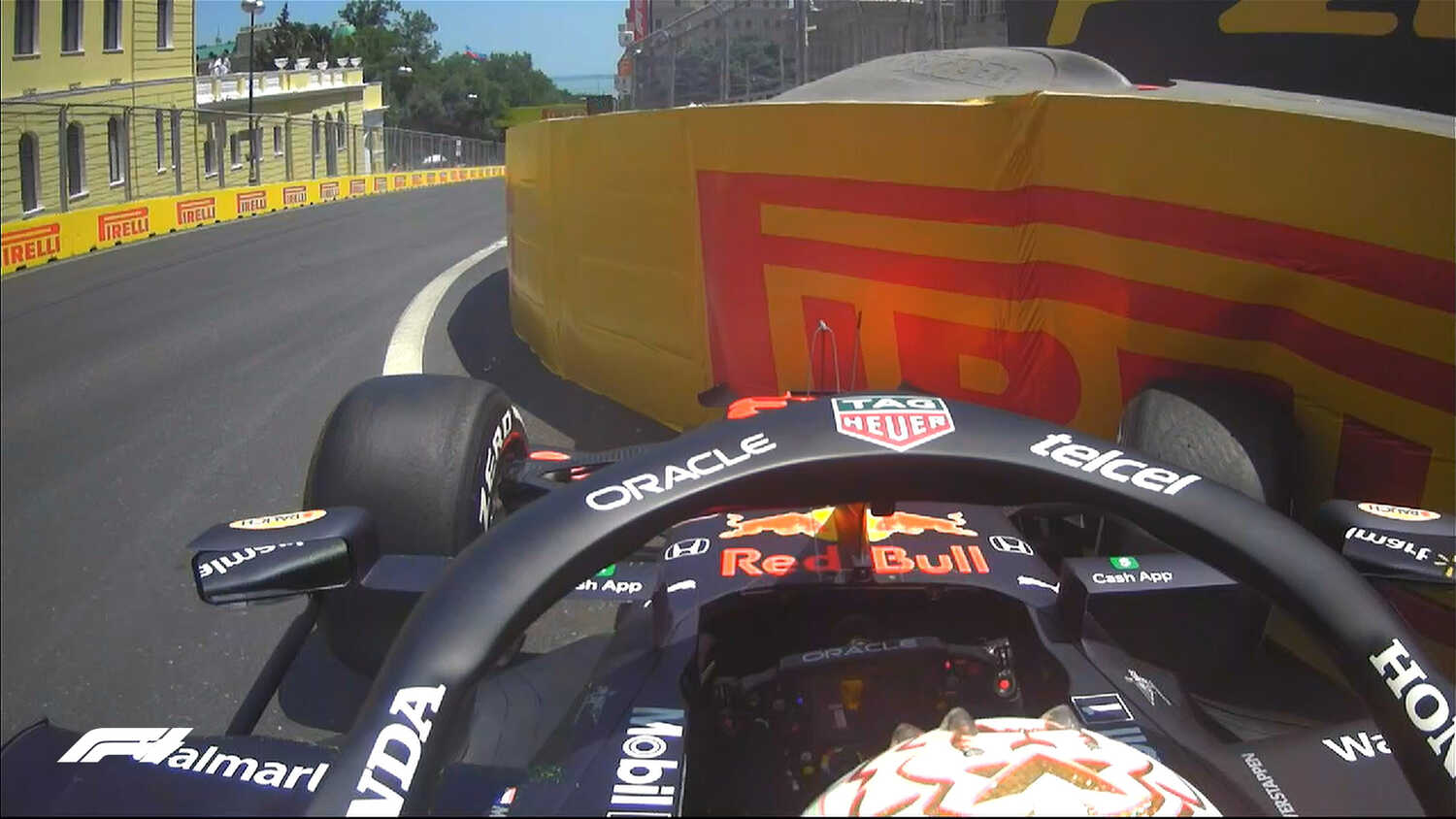 Max Verstappen has brought out the red flags in final practice in Baku.

The Red Bull driver was on a hot lap approaching the halfway mark of FP3 when he locked up approaching the downhill left-hander towards the end of Sector 2. Unable to make the corner, he struck the barriers.

Attempting to reverse out, he wasn't able to extricate the car, which had very evident damage as his right front wheel was bent backwards, indicating track rod damage.

The session was red flagged immediately and, aside from missing out on his qualifying simulation run, there shouldn't be too much damage to Verstappen's weekend as a result of the crash.