Verstappen and Hamilton explain their rivalry and the championship battle

The championship protagonists have talked about the prospect of battling for the Formula 1 drivers' title for the remainder of the 2021 season. 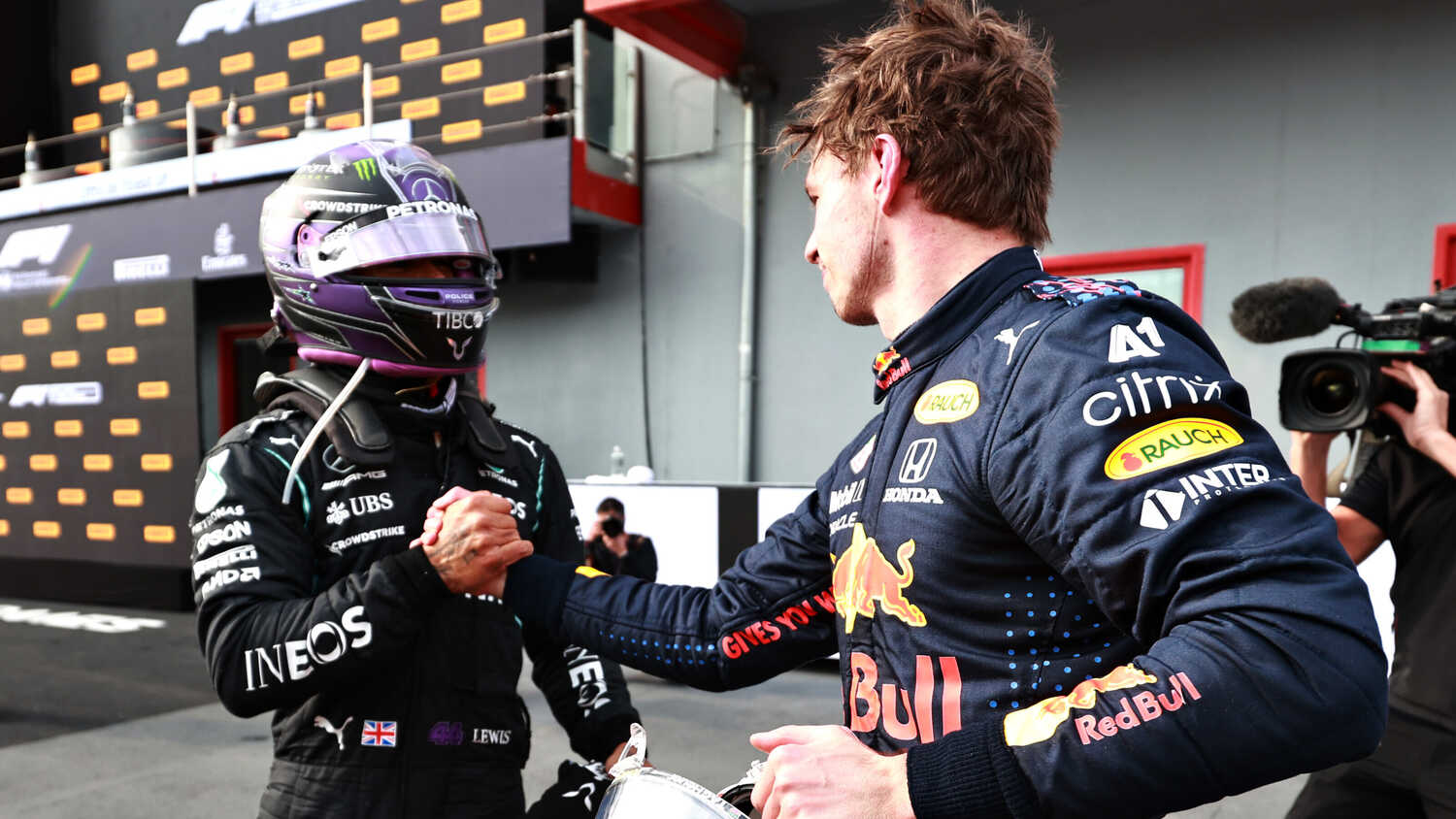 Lewis Hamilton and Max Verstappen both agree this year's battle for the 2021 title will be close throughout the 23-race season.

Just one point split the pair after Hamilton won in Bahrain and Verstappen was victorious in Imola. The margins have been tight between the rivals who have gone wheel to wheel at the opening two rounds of the year.

"I'm really excited for the battle," Hamilton told RacingNews365.com and other select members of the press. "This is really the first time in a long time that Red Bull have had a championship winning car.

"I think it's gonna be close all the way all the way through the year. Hopefully there will be more and more of these battles."

Verstappen is glad to be able to fight against Mercedes who have won the last seven constructors' championships and have dominated most of the turbo-hybrid era.

"It's a very long season so you have to keep on working very hard," Verstappen told RacingNews365.com and other select members of the press.

"We have to keep on improving because there's still a lot of work to do, to be able to keep doing this throughout the whole season. It's great to be fighting against Lewis and Mercedes, who as a team they have been so dominant and they're very difficult to beat.

"To be able to, to sit here now and now two races in a row we were very, very competitive. That's of course very promising, but no guarantees."