It is not yet clear whether the Dutch IndyCar driver will be able to race at this weekend's event at Road America. 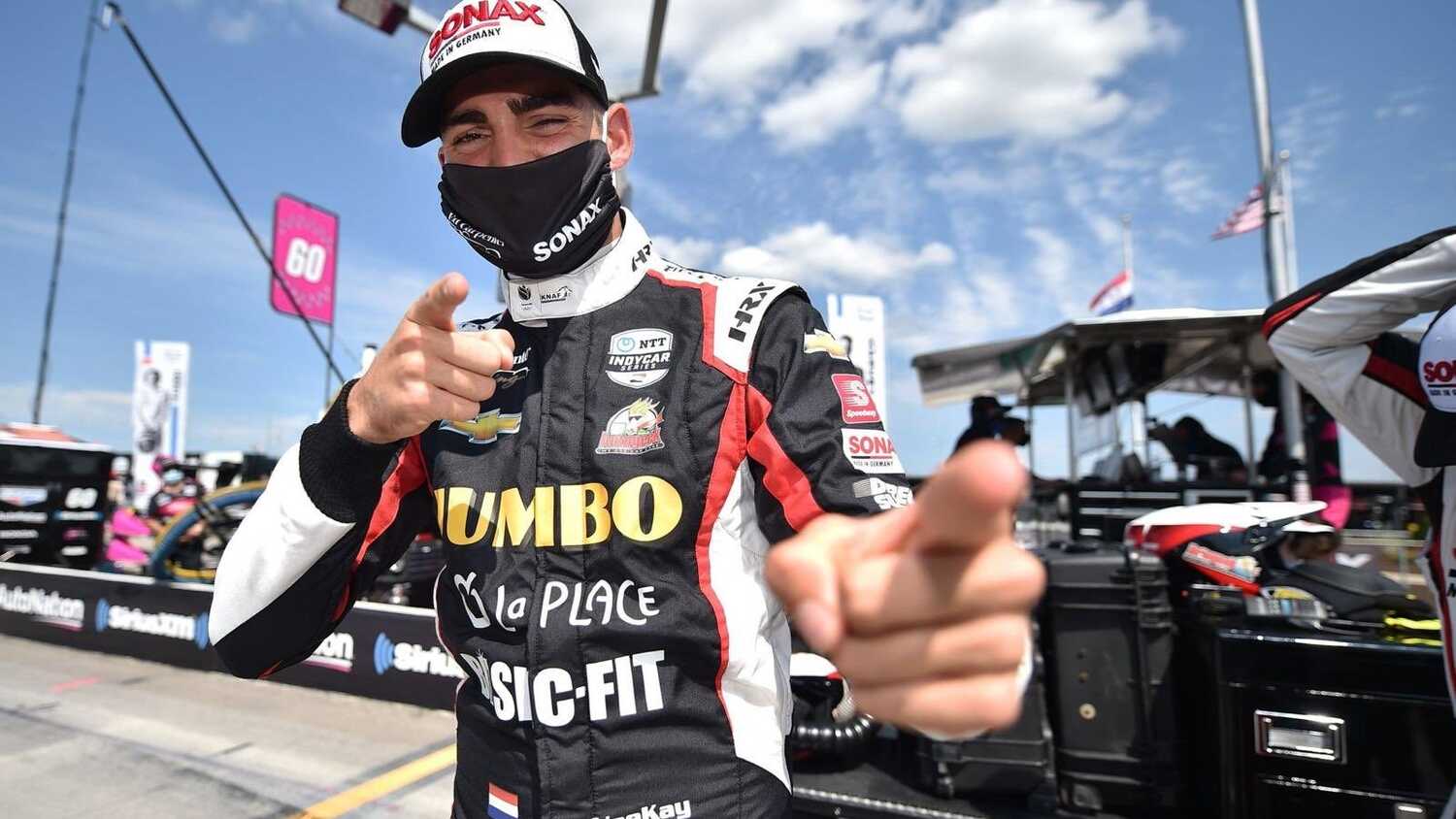 Dutch IndyCar driver Rinus VeeKay's participation in this weekend's race at Road America is in jeopardy after he injured his collarbone while out cycling.

The Ed Carpenter Racing driver suffered the clavicle injury while on a training ride yesterday, according to a statement from the team.

VeeKay is being treated by IndyCar medical staff, but the team said that it would provide an update soon on whether or not he would be available to race this weekend.

"Yesterday, Ed Carpenter Racing driver Rinus VeeKay was involved in an accident on a cycling trail during a training ride," the team said.

"He sustained a clavicle injury and is currently being treated by IndyCar's medical staff. VeeKay is in good spirits and has no other injuries.

"VeeKay's participation in this weekend's NTT INDYCAR SERIES event at Road America is pending and more updates will be released when available."

The young Dutch driver led in the early stages of this year's Indy500 race running a Bitcoin-livery car, after a overtaking pole sitter Scott Speed, and went on to finish eighth.