There's no clear preference between a one- and two-stop strategy for Sunday's Turkish Grand Prix, meaning plenty of options for the drivers. 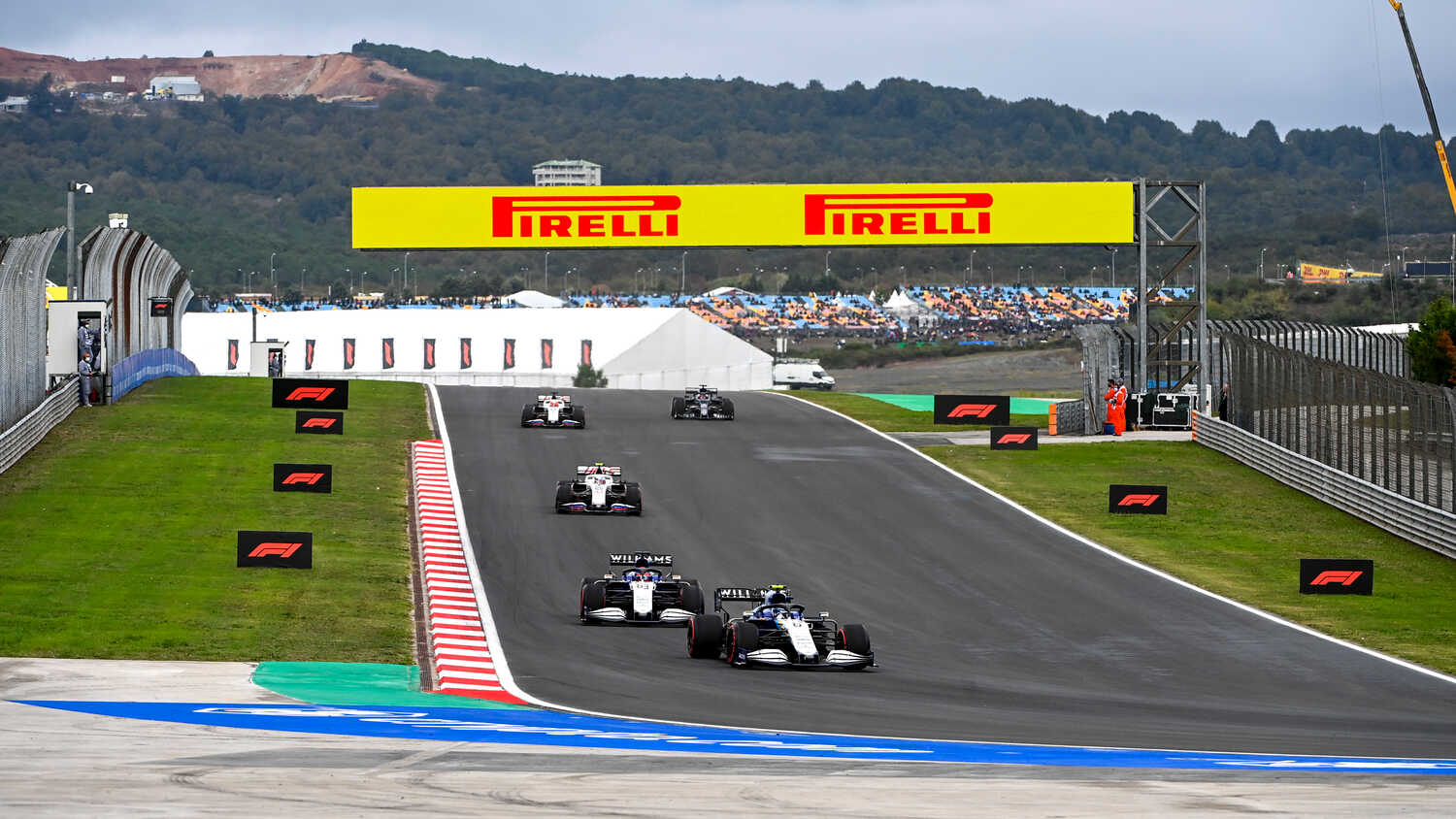 Drivers will have the option of utilising a one- or two-stop strategy for Sunday's Turkish Grand Prix, with both options just as fast as the other according to Pirelli's latest data.

Pirelli believe the two-stopper may be marginally quicker for those starting on the Medium tyre, with two stints on the Hard tyre to follow. This is due to the Hard tyre and short stints minimising the graining and higher than expected tyre wear that has been encountered at Istanbul Park this weekend.

Pirelli admitted on Friday that the tyre compounds brought to Turkey this season may not be optimal, believing them to be a step too soft for the vastly increased grip of the tarmac after a special water-blasting treatment was carried out ahead of the race.

This means that leading drivers aren't likely to run the Soft tyre compound at any point during the race.

Other predicted strategies that also work out with roughly the same race time are the option of a Medium to Hard one-stop, or a Medium-Medium-Hard two-stopper.

These are the options open to the nine drivers, including 11th-placed starter Lewis Hamilton, who are forced to start on the Medium tyre after using that compound to get through Q2.

For anyone who elects to start on the Soft tyre (just AlphaTauri's Yuki Tsunoda will be forced to do so after using it for his fastest time in Q2), an aggressive two-stop strategy is the most likely option. Anyone who starts on the Soft will be forced to pit early due to the high wear rates of the compound on the tarmac.

However, Istanbul Park has an unusual characteristic that means making more stops isn't necessarily slower. The low-speed nature of the final corner means diving into the pit lane doesn't cost the drivers much lap time initially, as rivals are forced to go around the last corner before accelerating down the pit straight. The pit lane time loss is estimated at 20 seconds, around five seconds quicker than other tracks.

"The rain had the effect of re-setting the track, but even in the wet conditions of free practice, the drivers reported a lot more grip compared to last year," said Pirelli's Mario Isola after qualifying.

"The drivers then got to grips with the rapidly-evolving track on slicks again during qualifying, with nearly all of them choosing the Medium for Q2.

"A two-stopper using the Medium for one stint and the Hard for two stints is on paper the fastest strategy tomorrow, but a Medium-Hard one-stopper or a 'sprint' strategy using the Soft can't be discounted either, so there are some interesting possibilities.

"The weather will also have a part to play, with the risk of rain still present. If this turns out to be the case, the wet running in FP3 will have been extremely valuable.

"The crossover points between both Wets and Intermediates as well as Intermediates and slicks are lower than other tracks, and this will have an influence on strategies in changeable conditions." 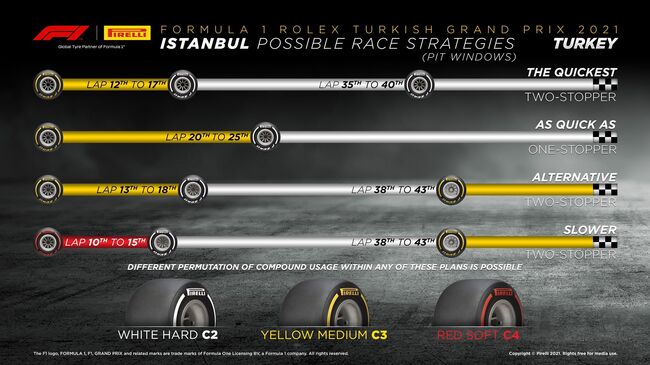 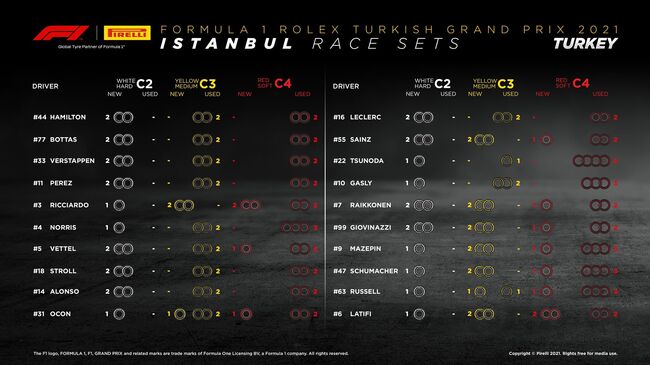