The unusual Sainz stat that makes him a threat to Leclerc

The impending battle between new Ferrari teammates Carlos Sainz and Charles Leclerc is one of the most anticipated of the 2021 season. Whilst Leclerc might appear to have the upper hand, Sainz holds a secret weapon in the form of a very unusual statistic. 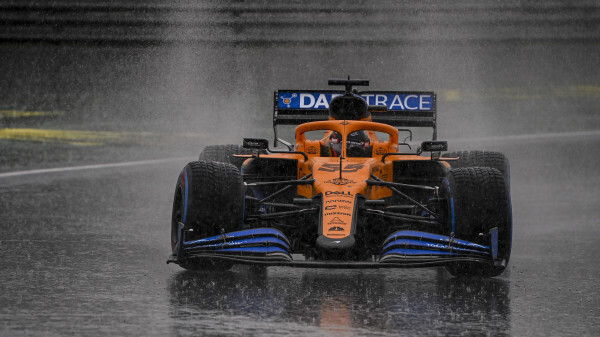 Carlos Sainz will soon make his debut for Ferrari off the back of an incredibly impressive two-year stint with McLaren. During his tenure with the British team, the Spaniard finished ahead of teammate Lando Norris in the drivers’ standings, earning two podium finishes along the way and cementing himself as a rising star.

Now he faces a new challenge, particularly when it comes to the battle with his new teammate Charles Leclerc. With this being the Monegasque’s third season at Ferrari, Leclerc arguably holds the advantage that familiarity with a team brings - not to mention he is regarded by many as one of the most talented drivers on the grid.

Sainz, however, possesses a key skill that highlights his potential as a threat to Leclerc. The 26-year-old holds the unusual career statistic of having only won wet races during his pre-F1 career in Formula 3. When this unique achievement came up in an interview alongside Norris in 2019, even the Briton admitted: “That’s a great stat!”

Discussing his talent for wet weather racing, Sainz explained that he relishes the “amount of focus” required, and joked to Norris that his F3 success saw him triumph over “English drivers, experts in the rain”.

The Spaniard may have been poking fun here, but it’s clear that the statistic highlights his impressive form in the rain, something that he has continued to showcase during his Formula 1 career. Sainz has named the Singapore Grand Prix in 2017 as one of his best races ever. The night event is not often affected by wet weather, but on this occasion the rain came down, allowing Sainz to utilise his abilities in the tricky conditions. He went on to finish in fourth for Toro Rosso, his best ever result at the time. 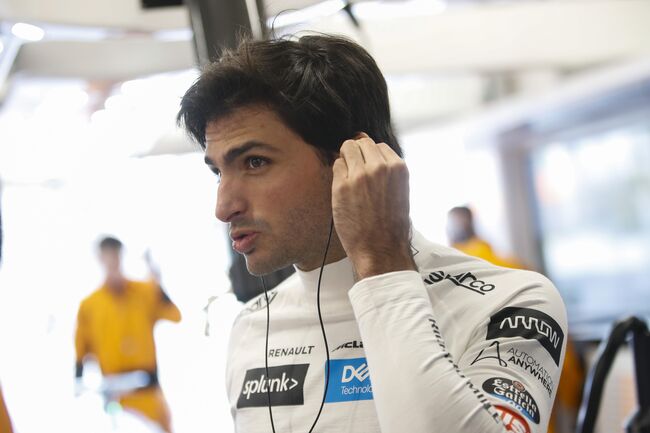 One of the most memorable wet races of recent years took place in Germany in 2019 - and again it was unsurprisingly a good day for Sainz. The racer from Madrid ended up in fifth place, despite having been as far down as 14th at an earlier stage. This was an impressive feat given that many struggled with the conditions, including the likes of Mercedes. Perhaps most notably in contrast to Sainz, Leclerc suffered a disaster; the Ferrari man lost out on a potential win when he beached the car, causing him to explicitly air his frustrations over the radio.

Further evidence of Sainz’s niche talent came to light at the Turkish Grand Prix during the 2020 season. The resurfacing of the tarmac caused many drivers to struggle with keeping their cars on the track, an issue made worse by the arrival of rain. At the end of the first lap of the race, Sainz had climbed from P15 on the grid up to P9. His end result was fifth place, just behind his future teammate Leclerc. Whilst Leclerc fared better in the wet conditions of Turkey than he had previously at Germany in 2019, Sainz’s form in the rain is perhaps one of the most consistent on the grid.

The Ferrari car was not particularly easy to manage in 2020 and, with the development freeze allowing for few changes to the cars over the winter, it seems likely that it could again prove challenging for the drivers in 2021. But with Sainz’s clear ability to consistently adapt to tricky conditions, his potential as a threat to Leclerc is clear. Maybe only winning in the wet in a lower formula isn’t the most stellar statistic, but it remains an impressive and unusual skill that proves why those expecting him to come into Ferrari as a number two should think again.