Aston Martin's Otmar Szafnauer is curious about what some of the team's competitors were up to, as tyre pressure rules changes seemed to have a notable effect on some team's performances. 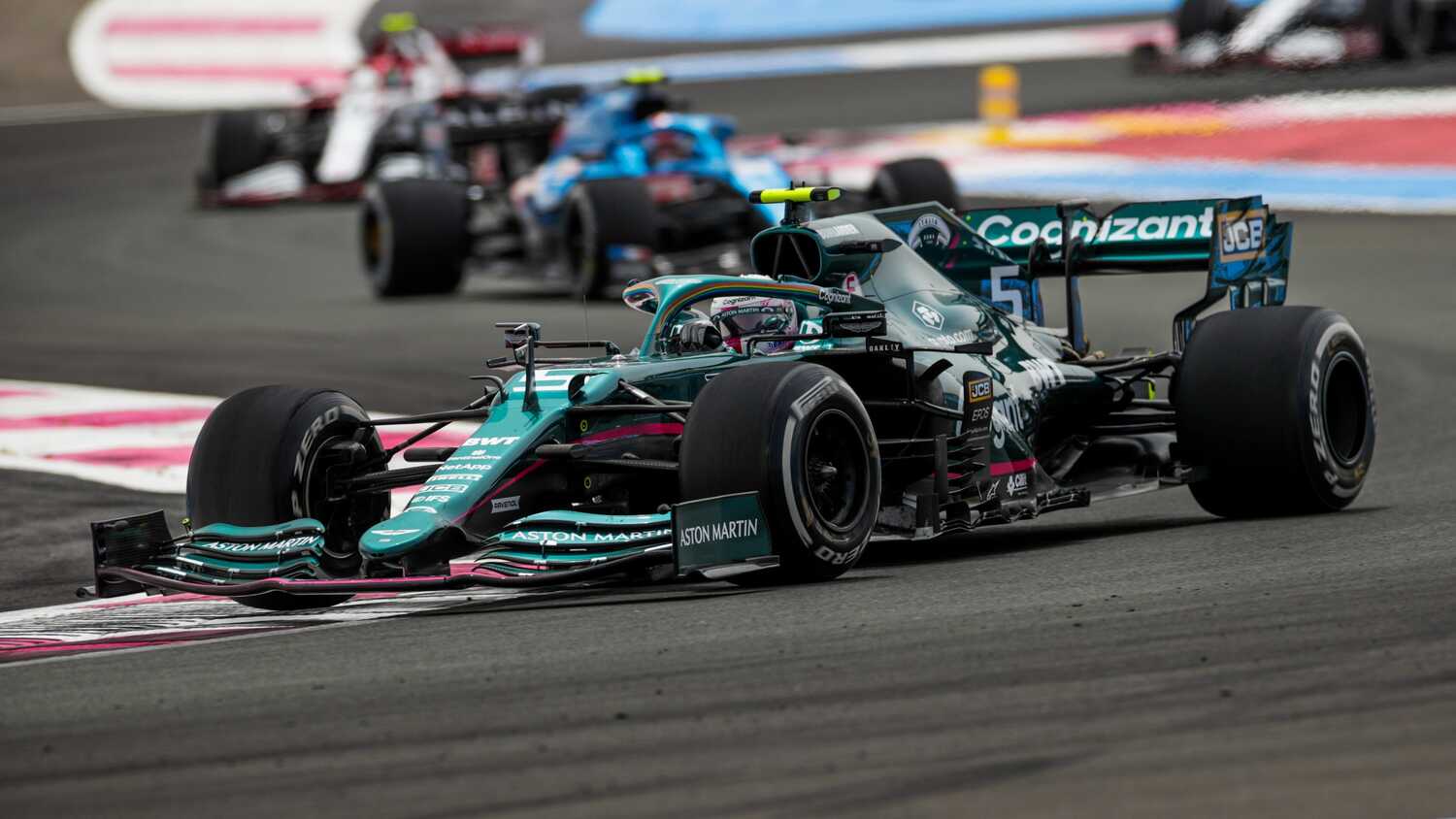 Aston Martin team boss Otmar Szafnauer has said he hopes the team's performance in France will have silenced any doubters of the team after speculation was made after Azerbaijan that Aston Martin were playing around with tyre pressures.

The speculation was made after Lance Stroll's tyre failure midway through the race in Baku and before Pirelli's statement on the failures, and Szafnauer said he believed the team's performance in France would have dispelled the notion that there was any tyre games being played.

"We did long stints and I hope that silences the critics that say we're doing something untoward with the tyres," said Szafnauer, after his drivers finished in ninth and tenth at Paul Ricard after running extremely long first stints on the hard tyre.

"We don't, we never have, we never will, we just have a good understanding as to what to do. And we've showed it again, there's new technical directives that came out, higher pressures.

"We followed all that and still did a good job on the tyres, we have to maybe look at some of our competitors who went a bit backwards to see what they actually were doing."

With Vettel and Stroll salvaging a ninth and 10th place from outside the top ten in qualifying, the Aston team boss explained that they were pleased to be coming away with a double points finish.

"From where we started, I think we made the most of it," Szafnauer said.

"Lance, beautiful drive from 19th in the points and Seb finishing ninth, from where he started with real pace, strategy, overtaking on track.

"Brilliant, we didn't really benefit from people falling off in front of us, we had to do it the hard way and great race for both drivers."