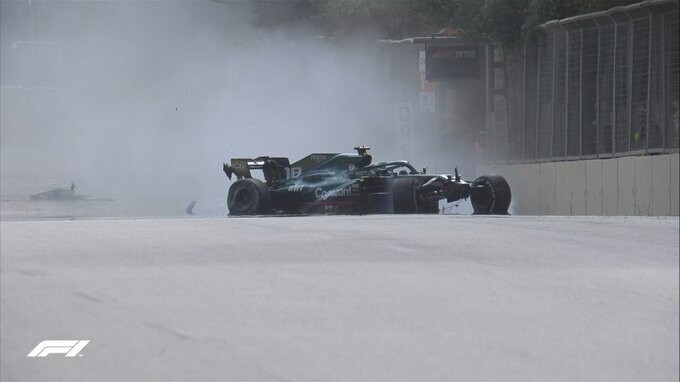 The Canadian started the race on the hard compound, running a very long first stint. Climbing up to fourth place, Stroll was yet to pit just after half distance when the left rear tyre appeared to fail entering the main straight after the sequence of sweeps.

Stroll was uninjured, and clambered out of the Aston Martin after it came to rest in the pitlane entry. The race was put under Safety Car conditions while the Medical Car came around to get the Canadian and bring him back to the pits.

The race is ongoing, with the pitlane entry closed for a few laps while the damaged car was retrieved and the debris cleaned up.