Mercedes' Andrew Shovlin has explained the team tried out a radical setup approach for the Styrian Grand Prix, which may have led to higher than expected tyre wear. 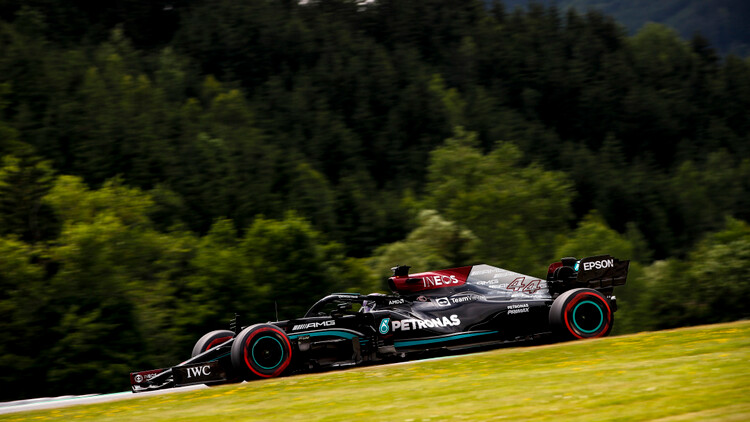 Mercedes' trackside engineer Andrew Shovlin has revealed the team experimented with a 'wacky' setup direction for the W12, after testing the setups out in the simulator in the week between the French and Styrian Grand Prix.

With Hamilton seeming to lose his tyre life before Red Bull did during the 71 lap Styrian race, Shovlin said some analysis will now need to be done to figure out if the setup led to their tyre issues.

"We've had difficulties here before but often, they've been because we've had insufficient cooling or last year we had an electrical loom that was degrading with vibration. So they've often not been related to performance," Shovlin explained to media, including RacingNews365, when asked about the performance of the W12 in Austria.

"But it is a difficult and quite peculiar circuit and Red Bull are normally strong here. But we're also exploring a fairly wacky direction with the setup as a radical approach, which I think was maybe a bit better on a single lap. The question that remains is whether we've higher tyre degradation and we need to look at that."

While not going into much detail about the setup and how it changed the handling characteristics of the car, Shovlin explained the direction meant the operating window of the tyres was widened.

"Essentially the window that we work in was much, much wider," he said.

"We were sort of going further than we've ever gone. And just really understanding the effects of that.

"Lewis, before he came here, was doing a lot of work in the driver in loop simulator. And it looked like an interesting direction. But you know, an important part of this year for us is adapting well to every track. And we do need to be a bit brave and original with setup direction to do that."