The Ferrari driver says he did not expect to be told he was going to be fighting for a spot that didn't feature on the podium. 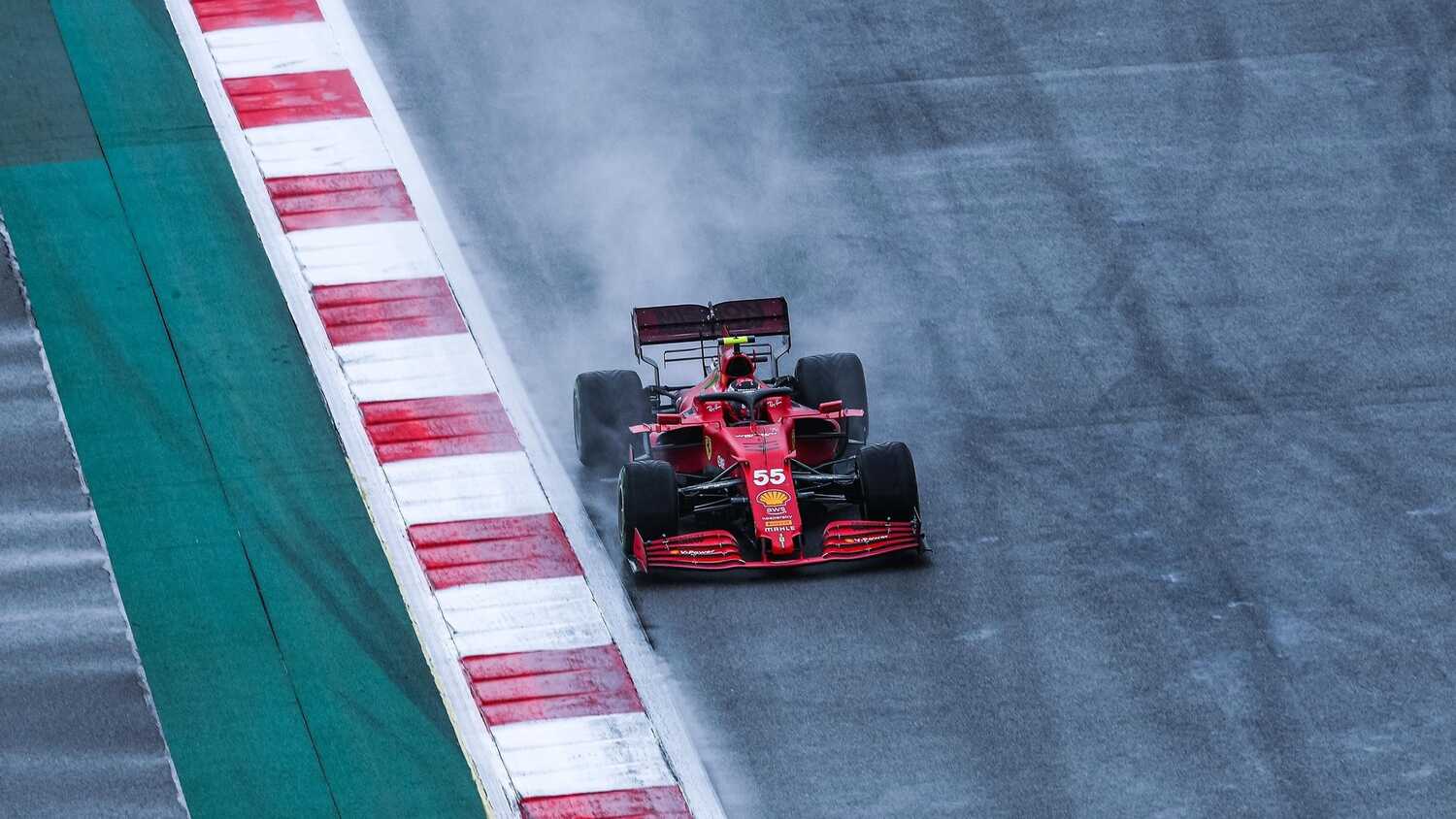 Carlos Sainz admits he was surprised to be told by Ferrari that he was fighting for fifth place during the middle of the Russian Grand Prix.

Sainz took the lead on the opening lap as he outbraked Lando Norris into Turn 2 and led until Lap 12 when he was overtaken by his former teammate.

He pitted relatively early and had a long stint on the Hard tyre compound and was set to lose out, due to his rivals attacking him on fresher tyres at the end of the race.

"It came as a bit of a surprise, obviously, because after leading the race, you are at least confident that you are on the fight for the podium," Sainz told RacingNews365.com and other select members of the press, when asked how he felt about Ferrari telling him he was not in the running for a top-three finish.

"I didn't exactly know where the others were at that point on track. I knew I had done the pit-stop and I knew that I was not getting overcut by anyone, so the pace was decent.

"Maybe our simulations suggested that because everyone was going to the Medium at the end, we were going to be an easy prey for them and we were most likely going to finish P5.

Despite the older tyres, Sainz still had strong pace in the second half of the race to hold off his challengers, including Sergio Perez and Daniel Ricciardo.

He was able to retain third place, only being overtaken by Lewis Hamilton, before the rain arrived, and believes he would have been able to keep Perez at bay if the race did remain dry.

"I increased the pace quite a bit, we managed to find a decent pace to be P3 and we were on course for P3 until the rain hit and then it was chaos and a mess," said Sainz.

"In the end, it was going to be a bit better than P5, and I'm glad that we managed to recover a bit from there."