Carlos Sainz took over from Charles Leclerc on Wednesday and the Spaniard enjoyed a productive day, matching his teammate's laptime at Fiorano 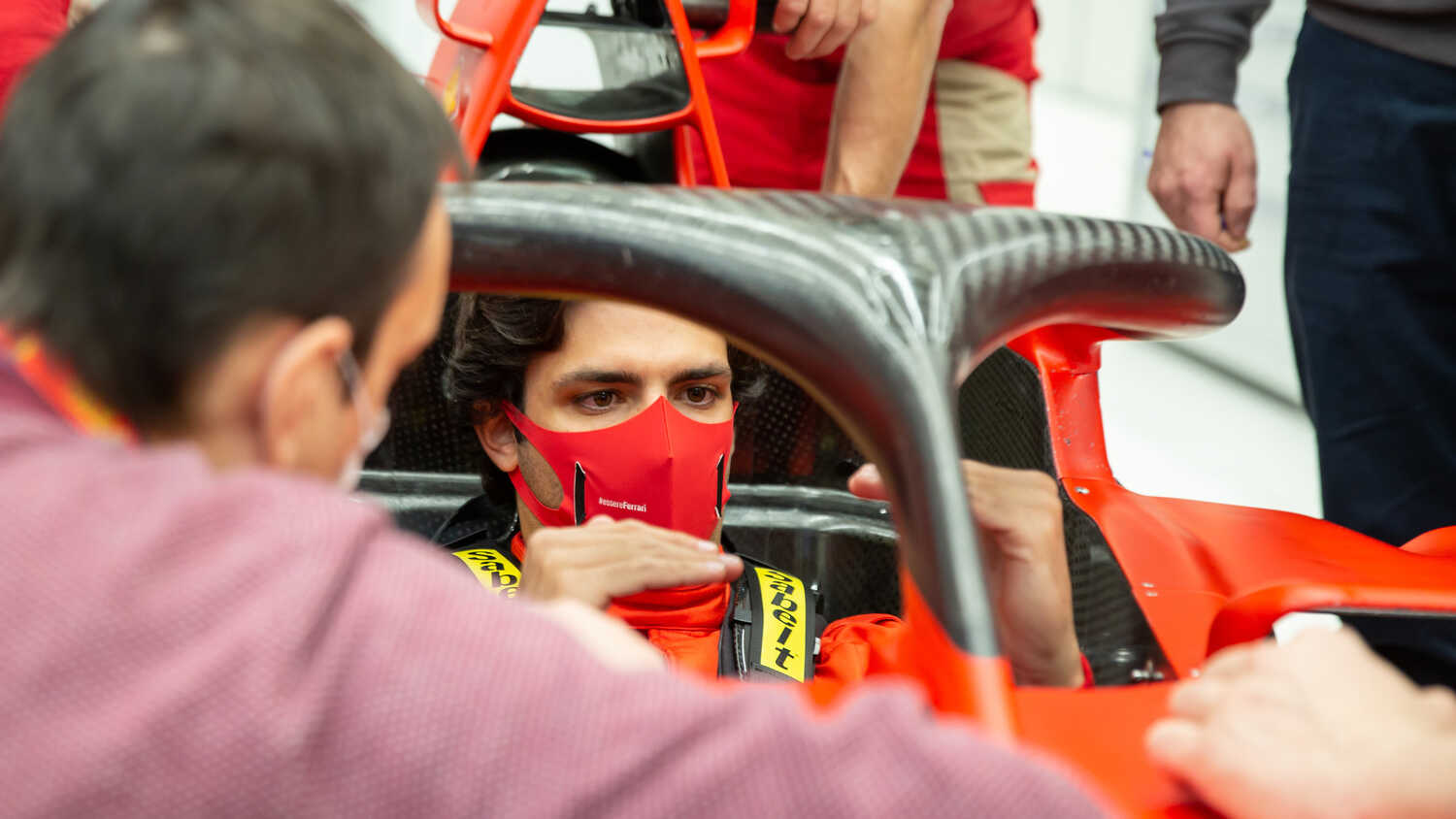 After completing a successful day of testing at the Fiorano circuit, Ferrari driver Carlos Sainz looks to be in buoyant mood with reports suggesting he matched the pace of teammate Charles Leclerc.

The Ferrari driver completed over 100 laps as he continues to acclimatise himself with his new team after making the switch from McLaren. However, Spanish newspaper Marca have already gained some insight into his performance.

The Spanish outlet states that Sainz was able to match the lap time of Leclerc, though Ferrari are keeping those times a secret in order to avoid unwanted comparisons as it looks like all parties were happy with the day's progress.

Marca were also able to shed some light on what the day encompassed. Sainz ran a series of tests with the team including launches, pitstops, and set-up changes to which the Spaniard was able to adapt seamlessly. It's also mentioned that Sainz's conversations with Ferrari track engineer Riccardo Adami regarding feedback were also positive.

Ferrari will be looking for a change in fortune with Sainz onboard this year after enduring a torrid 2020 season that saw them finish sixth in the constructors' standings.