Sainz: 2021 doesn't feel like my strongest season in F1

In his debut season for Ferrari, Carlos Sainz has already amassed 83 points at the half-way point of the year. However, the Spaniard feels that there is still a lot he can improve on. 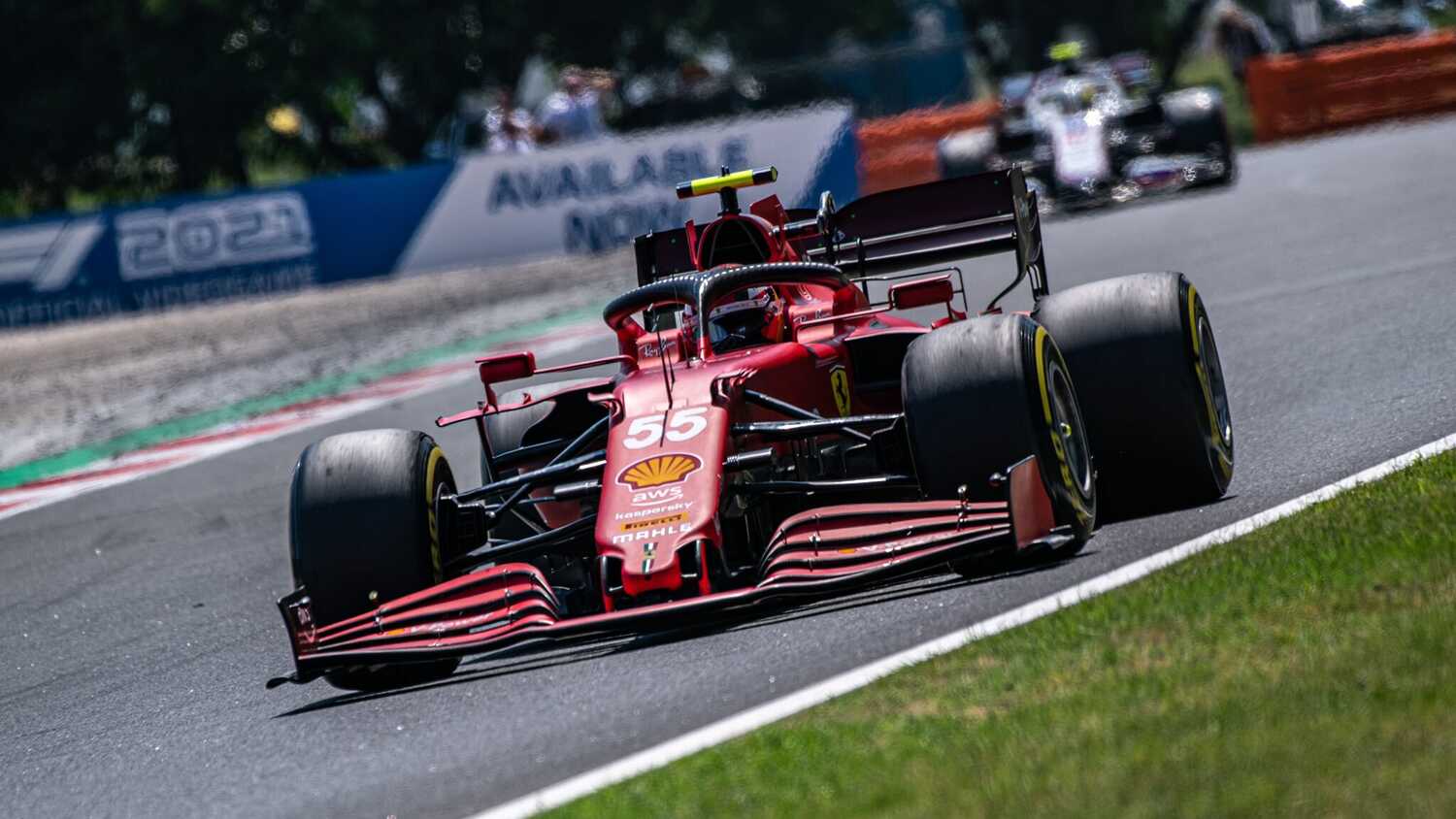 Carlos Sainz admits he doesn't feel that 2021 has been his best season in Formula 1 so far, despite sitting ahead of Ferrari teammate Charles Leclerc in the World Championship.

At the half-way point of the season, Sainz has amassed 83 points, putting him in sixth in the Drivers' Standings. This tally suggests that the Spaniard is on course for the strongest result in his F1 career by the end of the year, but Sainz – who made the switch to Ferrari following two years with McLaren – still thinks he has a lot to improve on.

"I am happy with the way that I am integrating in the team and the first half of the season," Sainz told media including RacingNews365.com. "I'm very happy, particularly with the speed I've had with the car.

"Since race one, I felt like I was on top of the car and I was able to push it to the limit and be on the pace straight away in pretty much every circuit I've been to.

"It doesn't feel like my strongest season in F1, definitely. I feel like there's a lot of points, a lot of missed opportunities here and there.

"I think I said that before this race [in Hungary] that I feel like I haven't maximised a weekend yet as a Ferrari driver. I haven't put a whole weekend together, and this is something that I used to do very well."

Sainz crashed during qualifying for the Hungarian Grand Prix and cites this as an example of his struggle to perform consistently throughout a race weekend.

"For some reason, maybe it's just being part of a team, it just takes time to maximise weekends," the 26-year-old explained. "This weekend I think is the best example.

"I did a mistake in quali, I paid the price in the race. And there was one strange thing going on the pit-stop that didn't allow us to release, we missed a podium opportunity because of that, and all of a sudden the whole weekend doesn't taste that good, because I feel like we could have scored even better points.

"So this weekend is a very good example of how the first 10/11 races have felt like, with very good speed in qualifying, in Q1, in FP3, but for some reason something didn't quite go to plan and we ended up where we ended up."