George Russell took home the second race of the Virtual Grand Prix series, making up for his absence at last week's event in Austria in the best way possible for Williams. 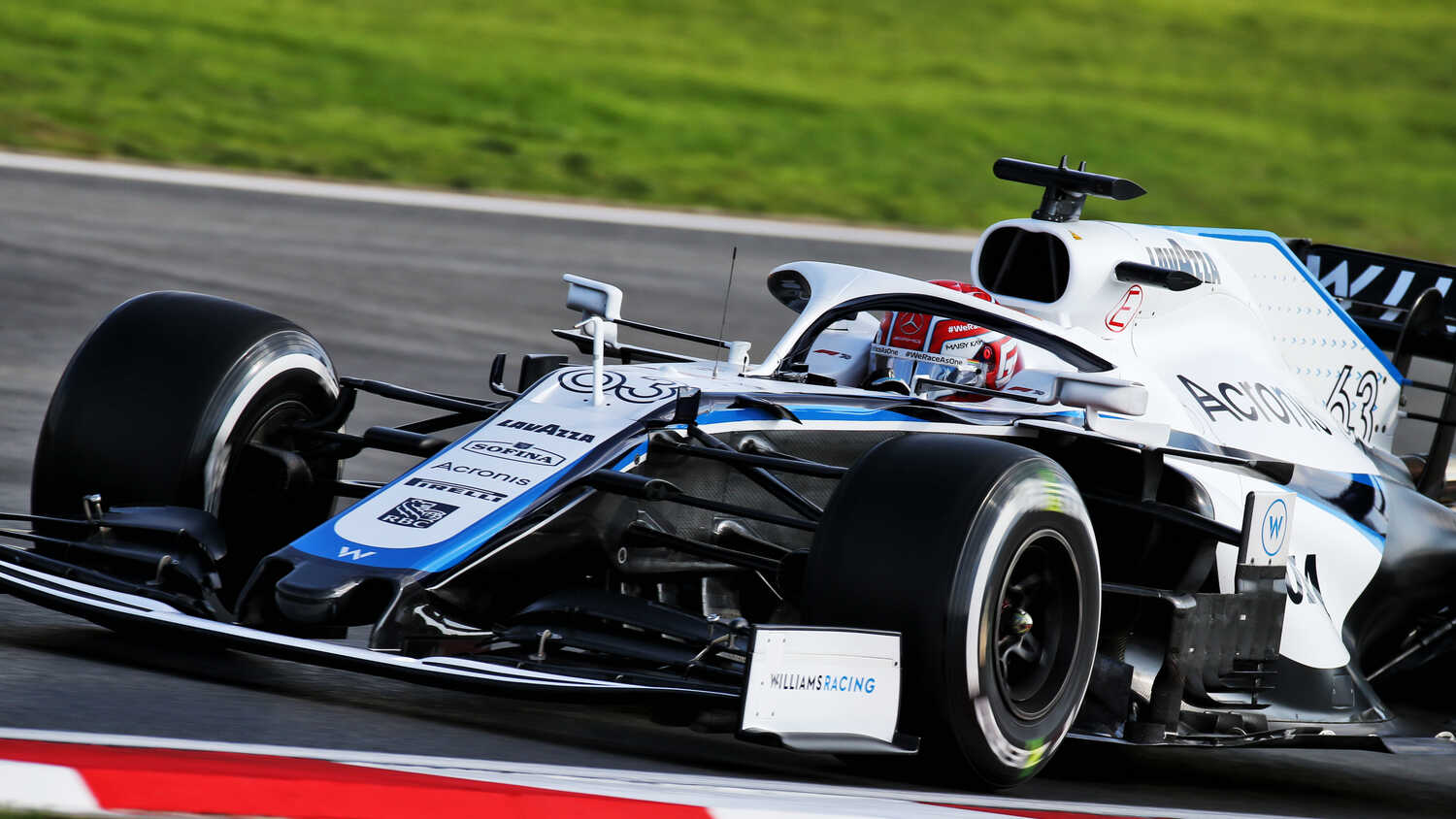 The second event of the Virtual Grand Prix Series has come and gone, with George Russell taking home the Virtual British Grand Prix.

It's a welcome sight for fans of the Brit, who pulled out from last week's event in Austria at the last minute, as he held off Red Bull's Alexander Albon in the closing stages of Sunday's race to take victory. The Red Bull driver actually finished ahead of Russell on track, but a penalty dropped him to second, with Ferrari's Callum Ilott rounding out the podium despite leading early on after starting on pole.

Ilott stormed away off the grid thanks to his soft tyres, while Albon got off the line well despite pressure from Real Madrid goalkeeper Thibault Courtois. The Alfa Romeo man actually got past Albon at Maggotts, but soon tailed off as the professional drivers stepped up their performance.

Ilott stretched his lead to three seconds, but he ultimately fell behind his rivals thanks to their softer and fresher tyres. While Albon still found himself ahead of Russell, he picked up a penalty for failing to stay within the track limits, making the Williams man favourite to take home victory.

A late battle between the two ultimately saw Albon finish first on the track, but his penalty meant Russell took home victory. Ilott did just enough to stay ahead of Pietro Fittipaldi for fourth, while last week's winner Enzo Fittipaldi finished fifth.