Russell: I learned so much after incredibly disappointing race with Mercedes

Williams' George Russell has explained how feeling hurt by his race with Mercedes in 2020 helped him develop more confidence, after producing a strong weekend. 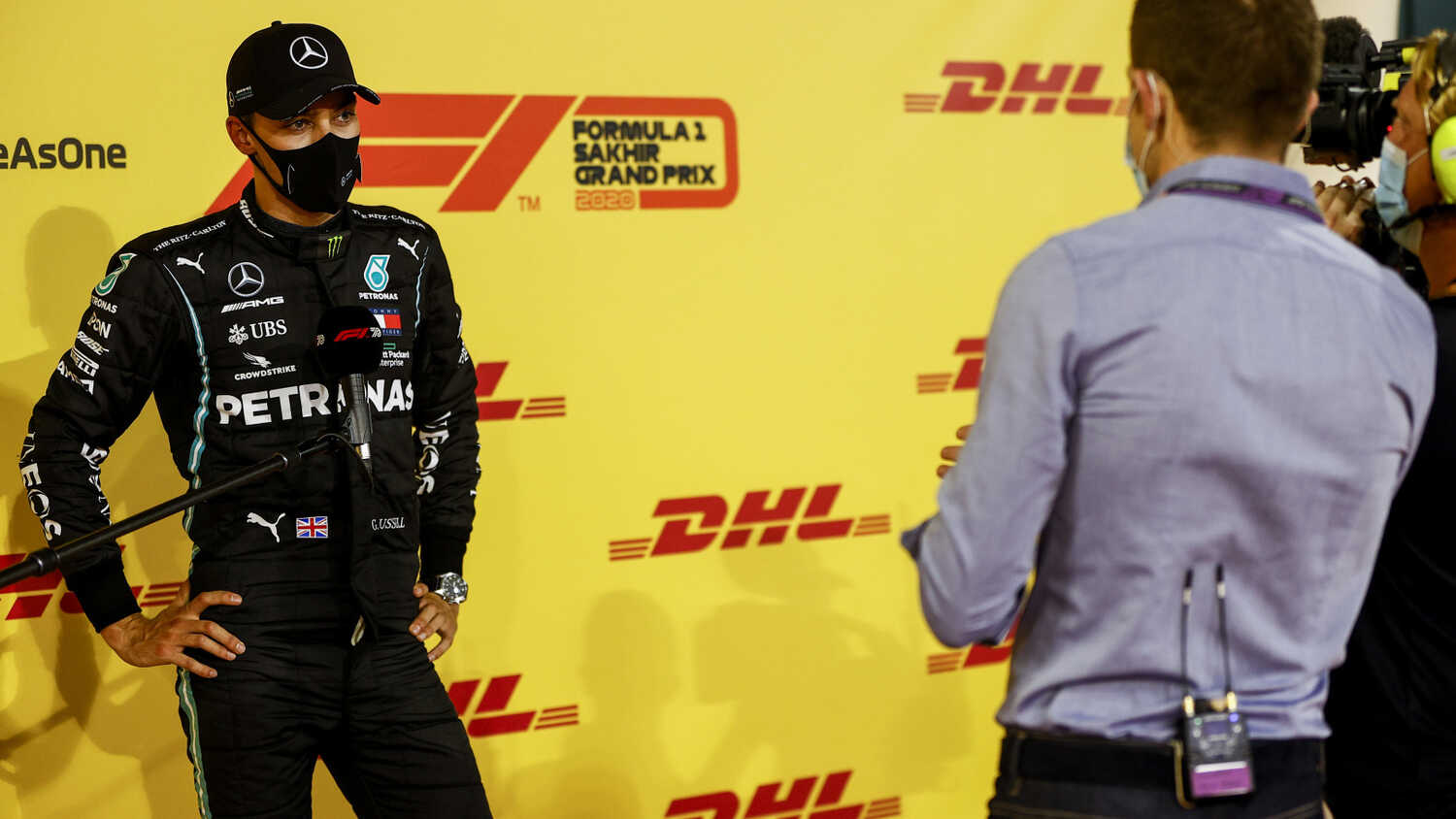 Williams' George Russell has explained how his one and only appearance with Mercedes in 2020 stung, due to the disappointment of the final result, but that he came away from the experience feeling much more confident.

Having been parachuted in at the last minute to replace Lewis Hamilton in the W11 after the reigning Champion tested positive for COVID-19, Russell produced a stellar weekend at the Sakhir GP. Despite barely fitting into the car, the British driver qualified on the front row and led the Mercedes charge until a puncture robbed him of any chance of victory.

Having been so cruelly denied a fairytale result on his Mercedes debut, before climbing back into his Williams to return to the back of the grid for Abu Dhabi, Russell explained that he had taken away a lot of lessons from the occasion.

"I think the first one is more confidence," Russell told the In The Fast Lane podcast.

"And you know what, I got this opportunity. And we could have won the race if we did not have incredibly unfortunate events like getting a puncture and that's confirmed that the job I've been doing is is probably a pretty reasonable one.

"But, equally, [I] took away that fighting for the win, fighting for pole positon, it is not easy. The likes of Lewis, Max and Danny Ric, they're setting the bar so high, and you've got to continuously keep on improving and I don't come away from that event thinking 'yeah, I could have won. I'm good enough. Let's leave it there'.

"I come away thinking 'I've got a taste of it. But I need to keep on improving if I want to be at the top'."

Having spent the entireto of this first two seasons in Formula 1 toiling away towards the back of the grid, Russell said that the weekend with Mercedes allowed him to prove to himself that he still was able to compete at the front with the right tools.

"But I think as well, psychologically, it was so important," he explained.

"I qualified P2 with my best qualifying result by a long way. But I came away disappointed that I missed out on pole. And obviously, the effect after the race and the emotions that I went through. Yeah, it hurt me, it was incredibly disappointing.