British racing star George Russell acknowledges the praise heaped on him by Lewis Hamilton but is keen to prove his worth through his on-track results. 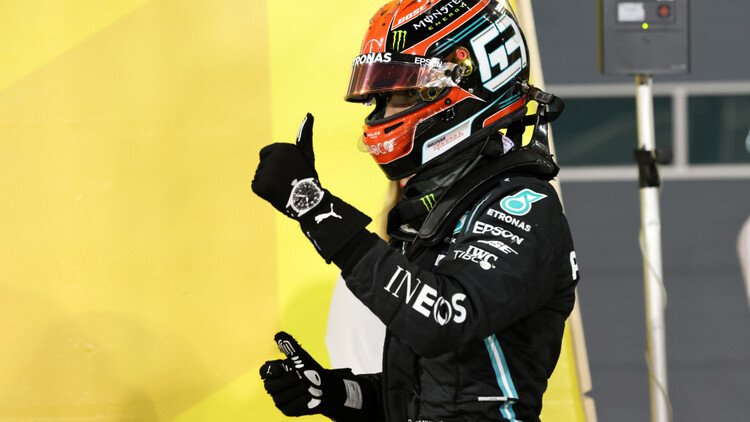 George Russell opens up about Lewis Hamilton describing him as the "future of F1", though the King's Lynn native realises that it will make little difference in the long run.

After Russell's performance at the Sakhir Grand Prix, where the young driver deputised for the Covid stricken Hamilton, several people both from within the Formula 1 paddock and elsewhere began speculating if Russell would indeed succeed Hamilton at Mercedes once the seven-time world champion either leaves the team or retires. Russell however insists that he has to prove his worth alone.

“Lewis is a legend, obviously the greatest and statistically he will be the greatest of all-time by the end of this year, I’m sure," the Williams driver told the Sportsman.

"I’ve got the utmost respect for him, for what he does on the track, how he deals with the engineers, and so my respect for him has grown tremendously in the last four years or so.

"To receive such high praise means a huge amount, but equally I don’t let it affect me because Lewis isn’t going to make a difference in my career. I’ve got to do this, I’ve got to go out there and perform on the track.

"It doesn’t matter if every single driver says I’m the greatest if you don’t perform. You do your talking on the track.”

With Russell entering the final year of his contract with Williams, it will be interesting to see where the young driver ends up for 2022.