Romain Grosjean and Haas partner up again for 2021

The relationship between Romain Grosjean and Haas isn't over just yet... 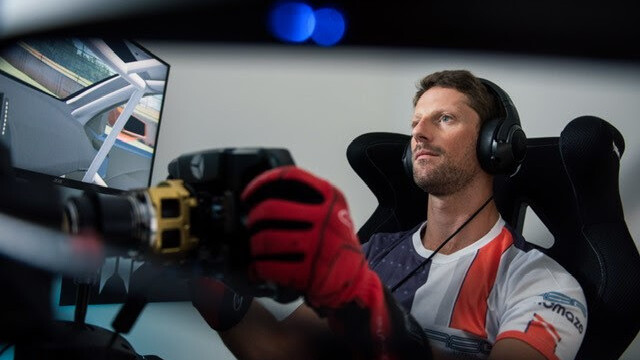 While Romain Grosjean may have departed Haas and Formula 1 for 2021, switching to IndyCar, the two sides will continue working closely together this year.

Grosjean joined Haas at the end of 2015, as they joined Formula 1 for the first time, and raced for the American team until the end of the 2020 season.

“I’ve been involved in esports for a year now and I believe our team is doing very well. For me, being able to help Haas F1 in this field, and going racing together – well, it’s a great story.

"Obviously, it’s a cool continuation of what we built together. So, I’m very much looking forward to the first race and to see what we can build together in esports competition.”

Grosjean's R8G Esports team has grown considerably over the past year, with the team currently having 17 pro sim racers and five juniors on its books.

They race across all major sim platforms, with racing on iRacing, rFactor2, Raceroom, Assetto Corsa and Gran Turismo.

While Haas have had to look elsewhere for their drive line-up for 2021, the obviously strong friendship between Haas and Grosjean has meant that team boss Guenther Steiner has faith the Frenchman can help bolster the team's fortunes.

“I’m delighted that we get to utilize Romain’s enthusiasm for esports and
R8G Esports’ expertise to oversee our continued participation in the F1
Esports Pro Series,” remarked Guenther Steiner

“It’s an important step up for us in terms of our involvement from previous seasons. We know we’re partnering with a group that truly understands the demands of the esports environment and
can help take our program to the next level.

Details of Haas' F1 Team Esports driver line-up is yet to be confirmed.